Autism: A World Without Metaphors

It’s a developmental disorder more common now than Down’s Syndrome and Multiple Sclerosis, and one in about 165 individuals have it. It’s autism.
The topic of autism has intrigued me ever since I was young. I admit that I never thought twice about the students in the Special Education program in my elementary school, but for the past few years, I’ve been learning more about the field of autism. 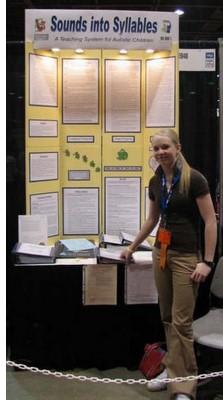 One opportunity I had was to read about a high school student, Kayla Cornale, in the June 15th, 2006 edition of The Toronto Star: “Teen uses music to teach autistic kids.” Kayla’s Science Fair project called “Sounds into Syllables – A Teaching System for Autistic Children” was inspired by her nine-year-old cousin with autism. Her project seems to have tapped into a goldmine of possibilities, because her name is everywhere! I was awed to have been able to interview Kayla for my Catholic Focus show on autism, only to find out later that she would be honoured with a Special Recognition as a ‘Young Wonder’ at the 2007 CNN Heroes: An All-Star Tribute for her outstanding contribution in the field of autism.And then, when I found myself immersed in the The World I Know: Virtues in Action project with the Dufferin-Peel Catholic District School Board, I found myself exposed to many teachers and students in the Special Education Department. The stories I found warmed my heart. I wanted to explore a way to pay tribute to these people and what they go through every day.One thing led to another until finally, I was able to put together my half-hour show for Catholic Focus called "Autism: A World Without Metaphors." The idea for “A World Without Metaphors” came from Peter Szatmari’s book, A Mind Apart, where he talks about how children with Autism have a very concise and literal way of seeing and understanding the world. On this show, I team up with Richard Gough (Itinerant Resource Teacher) and Heather Kidd (Child and Youth Worker), both from the ASD (Autism Spectrum Disorder) Team from the Dufferin-Peel Catholic District School Board. We discuss different personal stories highlighting the whole spectrum of Autism. 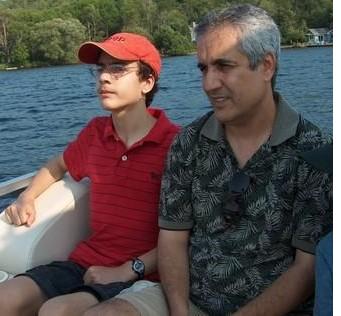 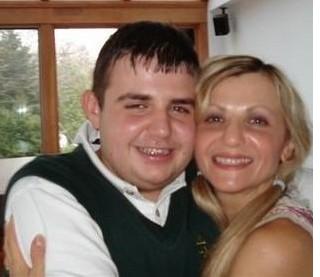 You’ll hear the stories of Simon Younan, a student at St. Francis Xavier SS in Mississauga, Ontario, and Domenico Sansalone, a student at Robert F. Hall SS in Caledon East, Ontario, who are at opposite ends of the spectrum. You’ll get to listen to Dr. Temple Grandin, Professor of Animal Science at Colorado State University and the most well-known and accomplished adult with autism in the world. You’ll find out about Kayla Cornale and her award-winning project on autism. And finally, you’ll have a moment to appreciate your child, student, or friend with autism by sharing in a story that received one of the Ontario English Catholic Teachers’ Association's Young Authors Awards in 2005. It is indeed a packed and diverse half-hour giving you a glimpse into the world of autism!

"Autism’s a huge continuum, going from somebody who’s going to have to live in a supervised situation to a brilliant scientist. In fact, if we didn’t have autism genetics, we wouldn’t have airplanes, we wouldn’t have cameras. Because after all, the really social people didn’t want to sit in the back of the cave to make the first stone spear!”

- Dr. Temple Grandin, in her interview for Catholic Focus

So stay tuned to Salt + Light's Catholic Focus on Thursday, December 20th at 7pm and 11pm ET with a Friday morning repeat at 7:30am ET. And if you miss this episode or want to see it again, tune in on Sunday, December 23rd at the same times.