A Vision for the Future of Appalachia 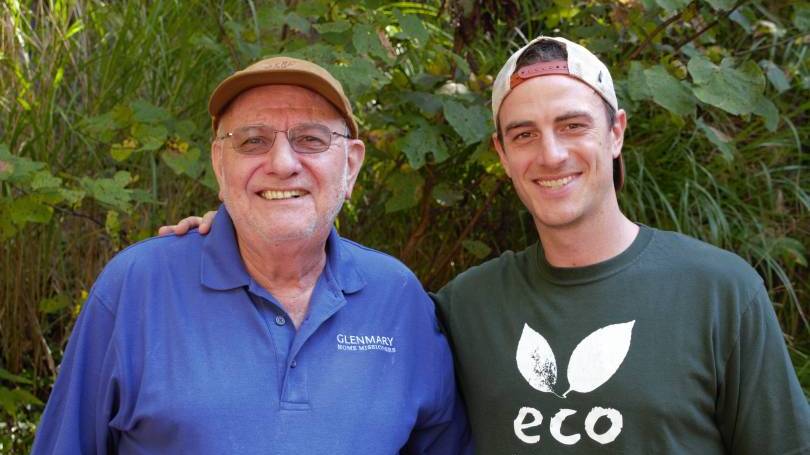 Like a long letter written home filled with stories and sentiments of longing, a new pastoral letter shares important insights from the people of Appalachia. Issued in December of 2015 by the Catholic Committee of Appalachia (CCA), the pastoral—The Telling Takes Us Home: Taking Our Place in the Stories That Shape Us—continues the voice of the Church in the mountains, based on experience, to raise awareness of the problems and possibilities of the Appalachian region. It greets the reader with unique regional stories and suggests a vision of how Appalachia, and indeed the dominant U.S. culture, can evolve. Bishop John Stowe, OFM Conv., whose Diocese of Lexington contains 40 Appalachian counties in eastern Kentucky, reflected that the pastoral came from over a thousand people in numerous listening sessions across Appalachia sharing their experiences—“with special attention to marginalized persons and the devastated Earth.” He noted that Pope Francis’ 2015 encyclical, Laudato Si’, “treats the themes of the cry of the poor and the cry of the Earth in ways that resonate with great importance in our part of the world,” and commended members of CCA for listening “with their hearts as Pope Francis has called us to do.”

The Tradition of Appalachian Pastorals

This pastoral, commonly called the “People’s Pastoral,” continues the tradition of reflections arising from the situation in the mountains. In 1975 the Appalachian bishops wrote their seminal pastoral, This Land Is Home to Me, which underscored the powerlessness of the people in light of corporate ownership and power. It called for establishing centers of reflection where rich and poor alike could discuss the mandates of the Gospel. Twenty years later in 1995, the Appalachian bishops issued their second pastoral, At Home in the Web of Life, which situated Appalachia in the global economy that views the region as a mineral colony. It summoned people from the culture of death to the culture of life by living and consuming in a sustainable manner. Again 20 years later, this third pastoral came directly from local folks and people involved in community ministry. And it captures a lost way of viewing reality: understanding Appalachia through stories.

Stories Have a Point of View

The pastoral states that in Appalachia stories connect people to one another and the land. It then draws the conclusion: “When the story of these mountains as ‘resource’ takes over the story of the mountains as ‘home,’ we become homeless in our own place, and disconnected from Earth and one another.” During the Second Industrial Revolution (1870-1914), Appalachia yielded great quantities of timber and coal that fed America’s burgeoning industrial output. Large stands of poplar, chestnut, hickory and oak—some eight feet in diameter—were purchased by Northern agents and hauled by rail to their sawmills. Huge coal seams, sometimes five feet thick, produced a minimum of 5,000 tons per acre for outside steel mills. The economic story of Appalachia revolved around its immense abundance of resources. When, however, the story of the mountains moves from “resource” to “home,” a different picture emerges. The enormous wealth and profits of Appalachia were drained from the region, leaving many in their home communities impoverished and staring at a desecrated Earth. As global capitalism sought to maximize profits at any cost, its wake left a homeland of increased health hazards and sicknesses from pollution: asthma, cancers, tumours, liver disease, kidney stones, lung disease, rashes, burning eyes, birth defects and stillbirths. Even worse, death stalked due to indifference and negligence: The Sago Mine disaster of 2006 killed 12, and the Upper Big Branch explosion in 2010 took 29. Yet, few remember the 2004 tragedy at Inman, a town a few miles north of Appalachia, Va., a former Glenmary mission area. At 2:30 a.m. one morning, a bulldozer driver building a road to a strip mine dislodged a three- foot-round boulder, causing it to roll down a 600- foot mountain and crash through the side of a house, killing a three-year-old child asleep in his bed. Numerous folks had previously complained to the company about their foundations and walls being cracked from blasting. They had rocks and boulders rolling into their yards, “but nothing can be compared to losing a child’s life,” said a horrified neighbour. When life and culture get so easily dismissed for the sake of profit, the region readily shows itself, in the words of the pastoral, as “a sacrifice zone.”

Because stories illustrate a point of view, they can be misused to continue situations of injustice. For example, many offer simplistic reasons to explain the situation in the mountains: too much regulation killed the coal industry, poverty is a product of the culture, or Appalachia is a land left behind. On the other hand, stories coming from people directly affected by the social and economic forces and those about the Earth itself assume an integrity that gives them authority. For example, McRoberts in Letcher County, Ky., a coal camp, experienced no significant flooding from 1957 to 1999. But beginning in 2000, it faced five major floods in 18 months. The town was ringed with strip mining. Were the floods an act of God? Did McRoberts experience the bad luck of a 100-year flood five times in a row? No, change the story. The residents were the victims of human-inspired activity, and the earth was disturbed beyond its capacity to absorb the rainfall.

The Magisterium of the Poor and the Earth

Stories add the living dimension to any topic, and the pastoral presents a multitude of people voicing their struggles. They include the land, women, coalfield residents, miners, the economically vulnerable, the homeless, the imprisoned, people of colour and the LGBT community. “We wanted to listen to the people and places who hurt the most, so we can create new paths forward to embody a Church that Pope Francis envisions,” said Michael Iafrate, the lead author of the pastoral and chair of the CCA board. The pastoral uses the phrase “culture of encounter,” which has become a catchphrase of Pope Francis to mean engaging everyone and everything in dialogue and with respect. Biblical theology consistently hears the voice of God coming more from the least among us than from those with wealth or power. The pastoral states, “We believe that the voices of the poor are to be in some sense our first teachers.” Later, linking with thoughts from the Holy Father, the pastoral continues: “And more, we believe, like Pope Francis, that Earth ‘is among the most abandoned and maltreated of our poor,’ abused and used up in ways that do not respect its integrity and limits.” Hence, the pastoral uses the term magisterium (meaning “teaching authority”) in phrases like “the magisterium of the poor” and “the magisterium of the Earth” to affirm the importance of the stories from the marginalized and our common home.

The “People’s Pastoral” emphasizes stories as a way to understand reality concretely and not by ideology. Glenmary Father Les Schmidt said, “Embracing some three years of sharing stories, the pastoral invites us to join that harmony of listening. In the footsteps of Pope Francis, listening promotes the first step for solidarity with the poor and the devastated Earth.” Father John Rausch is a Glenmary Home Missioner.  He is a member of the CCA's Advisory Board and was a member of CCA’s People’s Pastoral Committee. *This blog post is an updated version of an article that was originally published on the blog of the Glenmary Home Missioners and in the Glenmary Challenge, the magazine of Catholic missioners to rural America.

Want to learn more about the People's Pastoral and the Church in Appalachia?