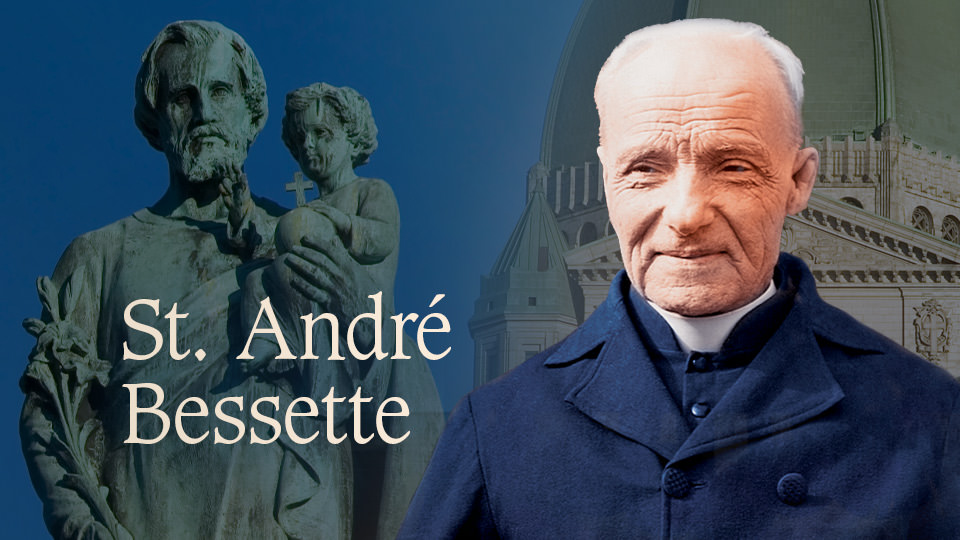 On January 6, 1937, the death of a humble doorkeeper for a boys’ college drew over a million people to Montreal. For 40 years, Brother André Bessette of the Congregation of Holy Cross welcomed people at the door and became known as a miraculous healer. God’s Doorkeeper looks at the heart and legacy of Brother André — as a man of prayer, of hospitality, and of compassion; a man who draws people in to experience a God who is love. On October 17, 2010, Br. André became the first male Canadian-born saint and the first saint for the Congregation of Holy Cross. He is living proof that “it is with the smallest brushes that the artist paints the most beautiful pictures.” Featuring interviews from Montreal, Rome, and different part of the United States — with people who knew him and others who continue Br. André’s work today. Also includes footage of the beatification and canonization ceremonies in Rome and the celebrations in Montreal, as well as a commentary by Fr. Thomas Rosica CSB on the perennial relevance of Br. André.

A Prayer to obtain a Favour from St. André of Montreal Our Father, You gave Brother André of Montreal, your humble servant, a great devotion to St. Joseph and a special commitment to the sick and the needy. May the example of his life and ministry inspire us to ever-greater works of charity, in generous service to our brothers and sisters in need. Give us the strength to surrender ourselves to Your will, and to be instruments of your loving mercy. Help us to follow Brother André's example of prayer and love, so that we too may come into your glory. Through the intercession of Brother André, grant the favour I now present (make your request). Through Christ our Lord. Amen

“When you say to God, Our Father,He has his ear right next to your lips.”
“It is with the smallest brushes that the artist paints the most beautiful pictures.”
“Put yourself in God's hands; he abandons no one.”
“How good the Good God is! He really watches over us.”
— St. André of Montréal 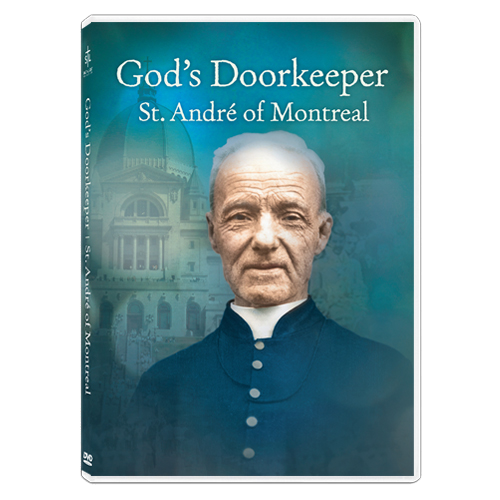 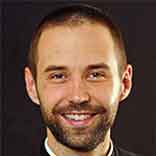 By Fr. Andrew Gawrych, CSC Associate Director, US Office of Vocations Notre Dame, IN Growing up, I feared that my life might be meaningless. In fact, it was the search for a truth and a love that could give my life eternal meaning that led me into the arms of Jesus and of the Church. Eventually, on March 29, 2010, I became a priest in the Congregation of Holy Cross “ the same religious family of Brother André Bessette. One of the main lessons I have drawn from my saintly brother is that no life is meaningless in God. There were countless reasons why Brother Andre's life should have ended up meaningless, and yet here we are celebrating his canonization. His life is the powerful story of how our crosses can be borne as a gift and transformed into our hope for true meaning and life. I invite you to join me in praying with this hero of our faith so that our lives, like his, might take on an eternal, life-giving meaning.

1. The Cross of Low Expectations

Brother André, the expectations for you couldn't have been lower. They baptized you the day after your birth because they did not think you would survive. Later on, your physical frailty and lack of education made others expect so little of you, leaving for you only the more menial tasks like tending the door. Yet you fulfilled these simple tasks with such great love, exceeding the expectations of everyone. Intercede for us so that God may grant us the same courage to overcome our world's paltry expectations of us. May we achieve the true greatness of holiness for which God lovingly created us.

2. The Cross of Wandering

Brother André, you knew what it was like to wander through this life. While still young, you were orphaned and forced from your home. For many years, you journeyed from town to town and job to job, even leaving your homeland for the textile mills in the United States, in search of a new home. You only found your home in this life when Divine Providence led you to your vocation to the religious life in the Congregation of Holy Cross. Intercede for us that we may allow God to guide us towards the vocation to which we are called. May we, too, find our homes in this life.

3. The Cross of Rejection

Brother André, you knew what it was like to be rejected. Your own religious family of Holy Cross did not accept you at first. You yourself said, When I first arrived to the college, I was shown the door and I remained there for forty years. Yet even more painfully, when the Lord chose you to be His healing hand in others' lives, you incurred the misunderstanding and rejection of those who failed to see God's greatness through you. Intercede for us, so that we may have the same strength in the face of ridicule. May we remain steadfast to the mission God has entrusted to us to bring Him glory.

4. The Cross of Others' Suffering

Brother André, you truly knew the weight of others' suffering. As news of the healings spread, more and more people came to you, often expecting a miraculous cure. Their burdens became your burdens; their crosses became your crosses. Your ministry exacted its toll on you, draining your strength and patience and even bringing you to tears. You revealed to those suffering the hope of the Cross of Christ, the hope of the God who is always with us in our need. Intercede for us so that we may be able to enter into others' sufferings and bear their crosses with them. May we unleash the healing hope of the Crucified One.

5. The Cross of Setbacks

Brother André, even the works God accomplished through your life did not come without their setbacks. At many times during the construction of the Oratory dedicated to your patron St. Joseph, it seemed that the ambitious project would never be completed. Yet you continued to place your trust in Divine Providence. You even had a statue of St. Joseph placed under the unfinished roof so he could raise the remaining funds. And defying all predictions, St. Joseph did just that! Intercede for us so that we may have the same faith in Providence. May the setbacks of our life not distract us from fulfilling God's will.

6. The Cross of Our Own Suffering

Brother André, from your birth and throughout your life, your health was frail. Rarely did you eat more than bread dipped in watered-down milk or soup. You knew physical suffering and its seeming meaninglessness that afflicted the many broken and ill people who came to you. But in God, your weakness became your strength, letting you enter more deeply into the hurts and pains of others. You journeyed in faith with them through the Cross to new life in Christ. Intercede for us so that we may be able to transform our weaknesses into strengths. May our sufferings be transformed into a redemptive balm in the lives of others.

7. The Cross of Death

Brother André, like all of us since our ancestors Adam and Eve, you had to bear the ultimate cross of death. But death was not the end of your life or your life's story. Battling the cold, over a million people came from far and wide to pay their last respects. Your funeral was just the preview of the millions who continue to visit the Oratory each year, as well as the many ministries to the poor and the sick that bear your name throughout the world. Intercede for us so that we, too, may have life in God and produce an even greater harvest for God's people. May we, too, lay down our lives in such a way that we can be counted among the saints. 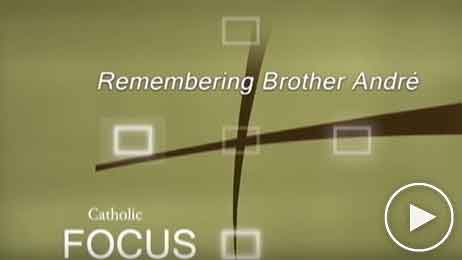 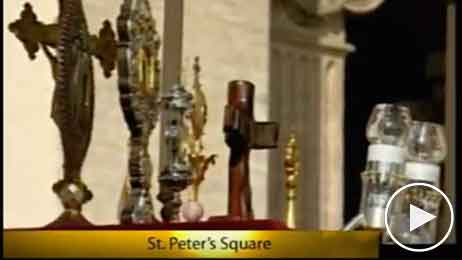 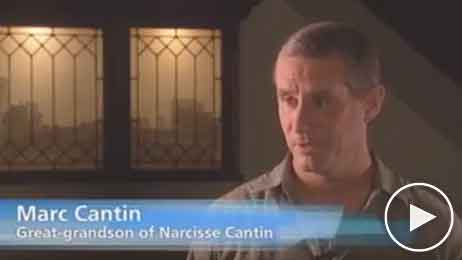 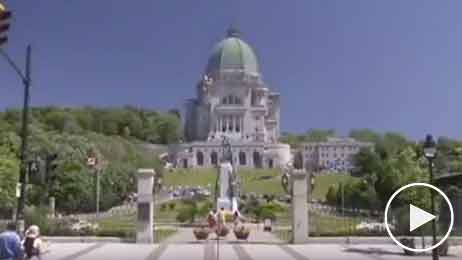 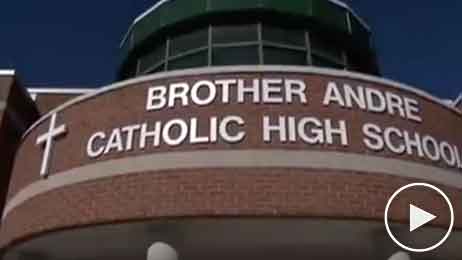 MORE ON OUR BLOG: