Your Grace is Enough 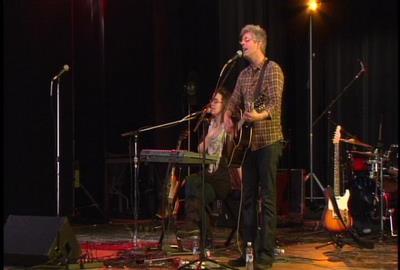 It was indeed enough - and we were all aware of it at last Friday's Matt Maher concert, which took place at St. Aloysius Gonzaga H.S. in Mississauga, ON.The concert was the kick-off to the very first LifeTeen conference to take place outside of Canada. One of many, I hope.Matt Maher was born and grew up in St. Johns Newfoundland, moving to Arizona at age 18, when his parent's split up. In Arizona he began attending Mass with his cousin, who introduced him to LifeTeen. Almost 20 years later, Matt continues his involvement with LifeTeen and is now their "contributing" artist. Not sure what that means, I'd say, if you listen to most of the music sang at a LifeTeen Mass, you'd know. He also gets around quite a bit - if you're in the U.S., you'd probably see him at pretty much every Catholic event across the nation.I met Matt in 2001 at the Religious Education Conference in Anaheim, CA. I was told "there's this Canadian playing in the small stage." I heard him play and very much liked what I saw. His first album "The End the Beginning" had a version of the Litany of the Saints, which I loved. We ended up inviting Matt to add some Canadian and WYD saints to the Litany, write some verses in French and come to WYD2002 and sing his Litany of the Saints at the beginning of the Saturday Evening Prayer and Vigil with the Holy Father. Since then, I've met up with Matt at this conference or that - last seeing him at the Sisters of Life's Love and Lifesite, in Sydney, Australia for WYD08.As far as Catholic concerts go, in our dear country, this was one of the best. It was certainly one of the better attended, with some 500 people present. But to call it a concert does not do it justice. 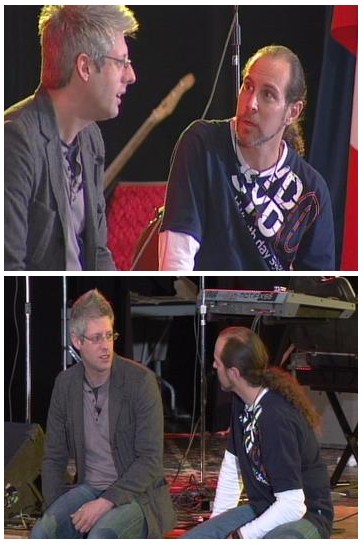 What all these Catholic singer/songwriters do is evangelise. They are ministers; worship leaders. Matt not only led us through praise and prayer, but also gave us little nuggets of spirituality to draw on as we journey. In particular, I was most moved by his new song Garden, which talks about how God wants to make of our hearts a garden - that garden of Eden, from where we are banished. Since then God has been doing all he can to bring us back to the garden, but this time the garden is in our hearts.A good way to gauge these types of events is by the silence. It is always awe-inspiring to be amongst 500 people, most of them youths, who are in total silence, as we pray together. Christ was definitely present with His Grace on Friday night.S+L TV was also present. I interviewed Matt for a special Catholic Focus episode, which will air sometime in the New Year. We also taped the concert for broadcast in the new Openings season. So, if you missed it. No worries.For more information on Matt Maher or his music, visit www.mattmahermusic.com. You won't be disappointed.