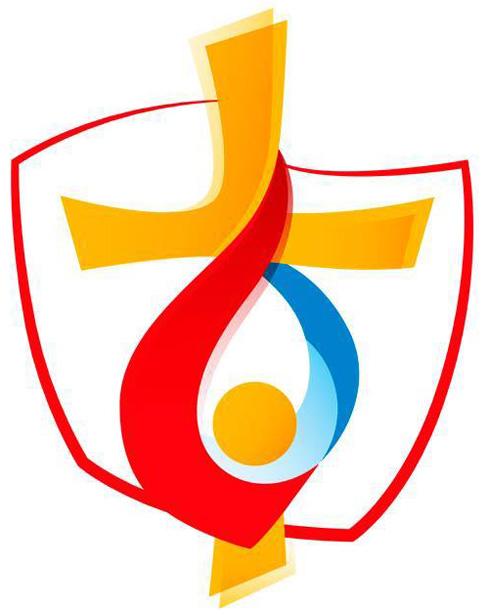 Last week, the Archbishop of Krakow Cardinal Stanislaus Dziwisz released the official logo and prayer of World Youth Day 2016, to take place in Krakow, Poland from July 26-31. The logo, designed by Monika Rybczynska, a 28 year old designer and video editor from Ostrzeszow, Poland, personifies the theme of World Youth Day, taken from the Gospel of Matthew 5:7 “Blessed are the merciful, for they shall obtain mercy.” It includes three important elements: “The image is composed of a geographical outline of Poland in which there is a Cross, symbol of Christ who is the soul of World Youth Day. The yellow circle marks the position of Krakow on the map of Poland and is also a symbol of youth. The flame of Divine Mercy emerges from the Cross, and its colours recall the image “Jesus, I trust in you”. The colours used in the logo – blue, red and yellow – are the official colours of Krakow and its coat of arms.” 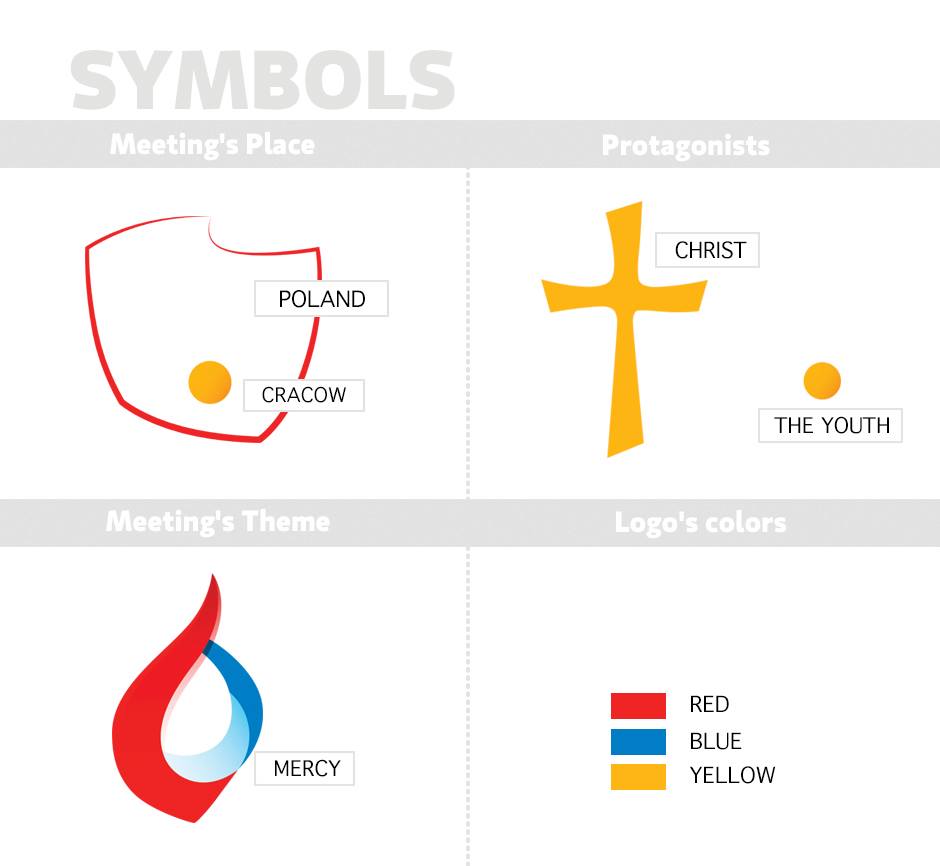 Cardinal Dziwisz also released the official prayer of WYD Krakow. The prayer entrusts the youth to Jesus’ Divine Mercy invokes the intercession of Saint John Paul II along with the aid of the Blessed Mother. The full prayer states: “God, merciful Father, in your Son, Jesus Christ, you have revealed your love and poured it out upon us in the Holy Spirit, the Comforter, We entrust to you today the destiny of the world and of every man and woman”. We entrust to you in a special way young people of every language, people and nation: guide and protect them as they walk the complex paths of the world today and give them the grace to reap abundant fruits from their experience of the Krakow World Youth Day. Heavenly Father, grant that we may bear witness to your mercy. Teach us how to convey the faith to those in doubt, hope to those who are discouraged, love to those who feel indifferent, forgiveness to those who have done wrong and joy to those who are unhappy. Allow the spark of merciful love that you have enkindled within us become a fire that can transform hearts and renew the face of the earth. Mary, Mother of Mercy, pray for us. St. John Paul II, pray for us.” The photo and logo are courtesy of  http://www.krakow2016.com/en/