WYD 2016: A public enactment of much needed mercy 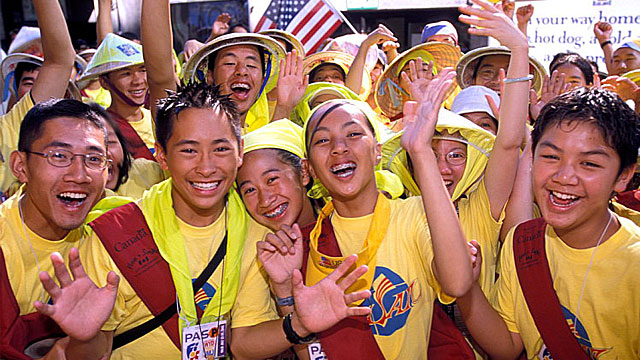 The recent displays of merciless violence in France and the United States have increased social and political tensions and struck fear into ordinary citizens. Despite the flood of energy and resources into public security measures, unpredictable attacks are becoming more common. Is this the world we now live in? Against this backdrop World Youth Day Krakow is set to begin next week. It’s difficult to ignore at least the possibility of a security breach as more than a million people gather to celebrate with Pope Francis. But there is an even greater risk for the Church to ponder: the absence of such a global witness to unity and fraternity. This World Youth Day is infused with the theme of mercy: “Blessed are the merciful, for they shall receive mercy,” from the Gospel of Matthew. Krakow is the city of mercy, the home of Saint Faustina, the “prophet of mercy”, and Saint John Paul II, the “apostle of mercy.” The city will welcome Pope Francis, now considered the “pope of mercy” for his closeness to those on the margins and his relentless insistence on the absolute and unconditional mercy of God toward all people. In preparing for our coverage of World Youth Day Krakow, I spent some time reading about mercy in the Gospels and in the Church’s long tradition. And I found that mercy has a singular, foundational significance for Christianity. I realized that what Francis, John Paul and Faustina have said about mercy, each in their own way, is essentially the same thing. In John Paul’s words, mercy is, “the most stupendous attribute of the Creator and of the Redeemer.” That statement comes from his 1980 encyclical dedicated entirely to the topic of mercy, Dives in Misericordia. Devotees of now-Saint John Paul have pointed out that this encyclical resembles theologically Saint Faustina’s famous diary, Divine Mercy in My Soul. In fact, it was John Paul who, as pope, promoted Faustina’s cause and devotion to the Divine Mercy, eventually canonizing Poland's most beloved nun in 2000. Since then Divine Mercy has become the fastest growing devotion in the Catholic Church. 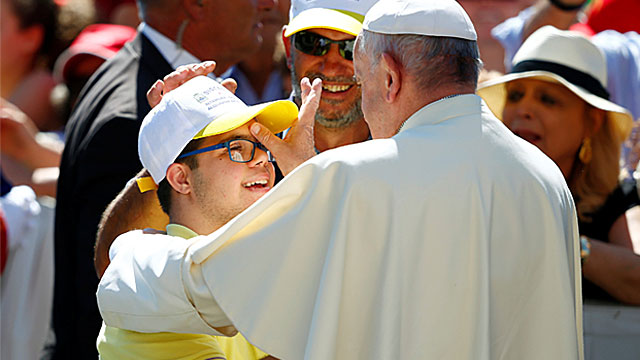 When Pope Francis burst onto the scene in 2013, we all wondered what the leitmotif of his pontificate would be. The immediate signs pointed to something new for the modern papacy, something revolutionary. Clearly he wanted to bring the poor and those on the peripheries back into the center of the Church’s life. He spoke about the “globalization of indifference” and the need for structural and spiritual reform in the Vatican's bureaucracy. But more than three years later, if we were to ask what the central theme of Francis’ pontificate is, who could refute the argument for mercy, “the greatest of all the virtues,” as Francis calls it? What is somewhat perplexing about this whole development is the paradox at the center of it. It has to do with this lingering question of continuity and discontinuity around Francis. How is it that we have a Pope who, on the one hand, is often labelled a deviant from the pontifical path of his predecessors—especially John Paul and Benedict—and on the other hand, is preaching precisely the same foundational message of mercy that was at the heart of John Paul’s life and pontificate? It’s not as if mercy were some peripheral theme of John Paul’s and Francis’ ministries. On the contrary, mercy is at the core of both of them. There must be something missing in that analysis. And, as is often the case, a biblical precedence can shed some light on the matter. Both John Paul (in Dives in Misericordia) and Francis (in Misericordiae Vultus) astutely pointed out that the concept of mercy is integral to the relationship between God and the Jewish people articulated in the Old Testament. And in that historical framework Jesus arrived, “on ground already prepared,” as John Paul put it (DM, 4). But, the Pope continued, Christ’s mercy is simultaneously “simpler and more profound.” (DM, 5) After a penetrating exegesis of the parable of the Prodigal Son, John Paul concluded that:

“The true and proper meaning of mercy does not consist only in looking, however penetratingly and compassionately, at moral, physical or material evil: mercy is manifested in its true and proper aspect when it restores to value, promotes and draws good from all the forms of evil existing in the world and in man.” (DM, 6)

This “more profound” articulation of mercy experienced in Jesus is not only difficult to grasp, but can be unsettling. It subverts our human conception of justice, often understood in a legalistic sense based on the OT law and image of God as “judge”. Both John Paul and Francis address this issue directly. Francis writes:

“For his part, Jesus speaks several times of the importance of faith over and above the observance of the law. It is in this sense that we must understand his words when, reclining at table with Matthew and other tax collectors and sinners, he says to the Pharisees raising objections to him, “Go and learn the meaning of ‘I desire mercy not sacrifice’. I have come not to call the righteous, but sinners” (Mt 9:13). Faced with a vision of justice as the mere observance of the law that judges people simply by dividing them into two groups—the just and sinners—Jesus is bent on revealing the great gift of mercy that searches out sinners and offers them pardon and salvation. One can see why, on the basis of such a liberating vision of mercy as a source of new life, Jesus was rejected by the Pharisees and the other teachers of the law.” (MV, 20)

Though John Paul did not write so candidly on the subject, he drew the same conclusion, namely that, “The primacy and superiority of love vis-à-vis justice—this is the mark of the whole of revelation—are revealed precisely through mercy.” (DM, 4) 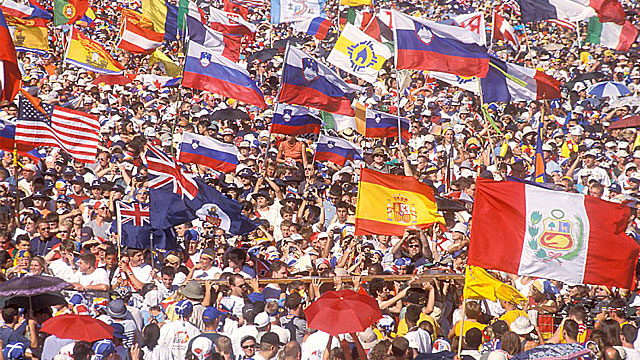 The Pharisees of Jesus’ time were people of the law; they were religiously formed and considered among the guardians of the tradition. From that tradition they knew God as “merciful.” Still, the “liberating vision of mercy” that Jesus embodied was deemed unorthodox, even heretical. Such was the primacy and potency of mercy revealed in Jesus’ life and teaching. His public displays of mercy changed individual lives and eventually the whole world. Think of the story of the Prodigal Son (Luke 15)—a favorite of John Paul II—or the woman caught in adultery (John 8). Think of the story of the sinful woman who washed the feet of Jesus in Simon the Pharisee’s house (Luke 7). Think of Jesus' instantaneous promise of eternal salvation to the criminal crucified next to him (Luke 23). Jesus never tempered his mercy in public for fear of confusion or undermining God's established laws.  His mercy was the fulfillment of the whole of the law. I remember one of the press briefings during the 2015 Synod of Bishops on the family when Mark Coleridge, a very astute, pastoral bishop from Brisbane, Australia, spoke about practicing mercy in the Church. He made the argument that the old distinction of speaking the truth in public but practicing mercy in private no longer works:

“I think what we need now—and this is what I’d like to see emerge from this synod—are public enactments of mercy, not just doing mercy in private behind closed doors or in a confessional. And it’s the sort of public enactment of mercy that we see I think in Pope Francis, who in a sense is modelling what the whole church has to ponder. But when you’ve been used to centuries of thinking about “mercy in private, truth in public,” it’s not always easy to even imagine what the public enactment of mercy might look like. And when you do see it, it can even be unsettling.”

Ahead of World Youth Day Krakow, where mercy will be discussed, prayed for, reflected upon, and put into practice, it’s worth recalling the “simple yet profound” development in our understanding of mercy that Jesus embodied.  In his day, the old understanding of mercy was not enough.  In our time, what’s needed are public enactments that unequivocally communicate the absolute mercy of God for people in their particular circumstances, whatever they may be. For his part, Pope Francis promised to do one public act of mercy every month during the Year of Mercy, and he’s encouraged all Catholics to do the same. The World Youth Day in Krakow is poised to be the grandest of these public acts of mercy. It’s not so much what will be done as what will be seen: “a mosaic of different faces, from many races, languages, peoples and cultures, but all united in the name of Jesus, who is the Face of Mercy,” as Francis called it. In light of all the division, hatred and violence manifesting itself around the globe, such an authentic mosaic is sorely needed. In spite of everything, the young people at World Youth Day will take a stand for humanity and proclaim that the name of God is mercy. 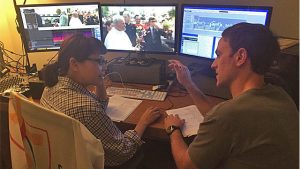 In the run-up to World Youth Day Krakow, Sebastian has been working on a story on mercy in the modern papacy entitled, “Mercy in Continuity.” You can watch it as part of S+L’s daily show World Youth Day Central, airing July 25-30 at 7:00pm ET.  Photos courtesy of Bill Wittman and Catholic News Service