Words that changed the world: Dead Sea Scrolls in Toronto

The following article comes from Marilena Berardinelli, a young Toronto based Catholic Teacher.
In 1965 the American Rock group The Byrds wrote their hit single “Turn! Turn! Turn!”  Young people today still sing along to the now famous lyrics: “For every season…a time to be born, a time to die…a time to plant, a time to reap, a time to kill, a time to heal, a time to laugh, a time to weep…”  Not many, however, are aware that the song was inspired by the biblical Book of Ecclesiastes (3:1-8).  In fact, there are many such phrases or passages which are quoted by religious, agnostic and atheist alike, that few ever realize are original to the Canon of Sacred Scripture. When Christians think of the Bible their thoughts most often gravitate to the New Testament.  We find comfort in its familiar stories and parables.  We rarely ever turn to those first 46 books found in the Bible- the Old Testament (also referred to as the Hebrew bible).  These books speak of a less ‘warm and fuzzy God”, one who often espouses a “tough love” philosophy when dealing with God’s chosen people.  It is the stories and history lessons found in this first half of the bible that shape and inform the entire New Testament and thus, our lack of knowledge of the first covenant inevitably impoverishes our understanding of the second. 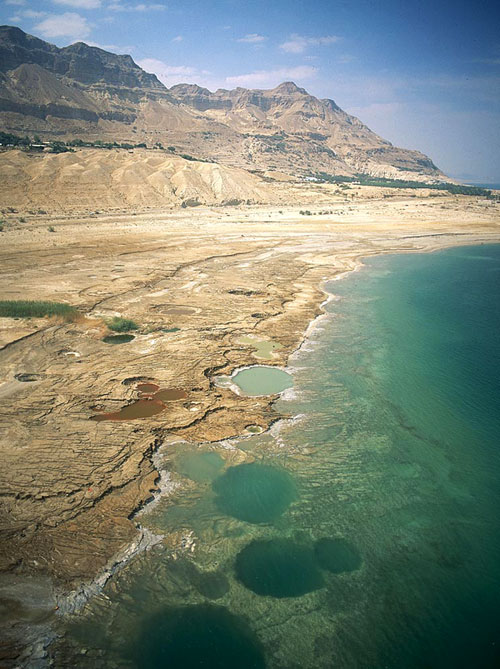 Having accepted our inability to survive even one round of Old Testament Bible Jeopardy, Christians must also face their general ignorance of how these writings came together to form one holy book.  Although we may find it more comforting to believe that the stories of creation, the exodus, and the building of the Temple in Jerusalem (take one and two) were recorded as the events occurred, the reality is otherwise.  These narratives began as oral traditions, faithfully passed on from one generation to another.  The stories were then creatively expanded and retold through the lens of different historical periods.  In this dynamic retelling different nuances began to be made so that stories which told of events years past, still addressed the needs and circumstances of a new generation of believers. Biblical exegesis and archaeological evidence documents this organic evolution of the biblical texts.  Discovered between 1947 and 1956 over 900 fragments and scrolls, containing texts of the Old Testament, were found in over 11 caves in Qumran, located on the northwest shore of the Dead Sea.  Accordingly, the documents were given the now infamous name the “Dead Sea Scrolls”. The Scrolls were most likely written by a Jewish sect know as the Essenes (a strict Torah observant Jewish sect) during the period from 250 B.C.E to 68 C.E.  Although this Qumran community existed during the time of Jesus’ ministry, the Scrolls contain none of the accounts recorded in the New Testament.  The Scrolls are written predominantly in Hebrew, although Aramaic (common language of the Jews of Palestine) and Greek Scrolls were also discovered.  Among the findings are fragments of every book of the Hebrew canon, with the exception of the Book of Esther.  Also uncovered were non-biblical writings including commentaries on the Old Testament, and the rule book of the community (an archaeological find that can be equated with discovering the Rule of St. Benedict).   At the outbreak of the First Jewish Revolt against Rome (66-70 C.E), the Scrolls were hidden in the caves of Qumran, and left undisturbed until they were discovered by Mohammed Ed Dhib, a Bedouin goat-herder. For the first time ever, these scrolls which are usually housed at Israel’s Museum in Jerusalem, have arrived in Canada and can be explored at Toronto’s Royal Ontario Museum (ROM).  The exhibit includes rarely and never-before-seen Scrolls, as well as artefacts of the period.  Lectures, symposiums and debates also highlight the importance of the scrolls to biblical scholarship and their continued significance to faith traditions of Jews, Christians and Muslims. I attended the first of these lectures on Tuesday evening.  The lecture delivered by Dr. Eugene Ulrich (Professor of Hebrew Scriptures at the University of Notre Dame and Chief Editor of the Biblical Qumran Scrolls) was entitled “The Impact of the Dead Sea Scrolls on the Bible”.  The lecture offered a concise, but rich, look at how the Bibles resting on our nightstands or book shelves are the not the works of a few holy men, but contain in them rich layers of tradition. This “biblical dissection”, energized by such finds as the Dead Sea Scrolls, undoubtedly raises questions regarding biblical inspiration and divine authorship and sometimes leaves the impression of removing the “Sacred’ from ‘Sacred Scripture”. On this point Dr. Ulrich was clear, “The bible”, he said, “is not man-made, but man-copied”.  That is to say, that the Dead Sea Scrolls are not science’s attempt to disqualify divine inspiration, but a study of how that inspiration was transcribed and copied (in fact the Dead Sea Scrolls point to the accuracy with which the biblical texts have been copied and handed down). The Dead Sea Scrolls are a window into the Jewish faith that shaped the first century Jesus movement.  As such, the exhibit at the ROM offers not only a stroll through our biblical past, but an opportunity for Christians to rediscover the fullness and richness of their scriptural tradition.  A definite must see! The Exhibition “Dead Sea Scrolls: Words that Changed the World” will be featured at the ROM from June 27, 2009 to January 3, 2010.  For more information on the exhibit and lectures visit www.rom.on.ca/scrolls (Photo of the Dead Sea Shore )