When Google doesn’t know the way, look to The Way | Word Alive 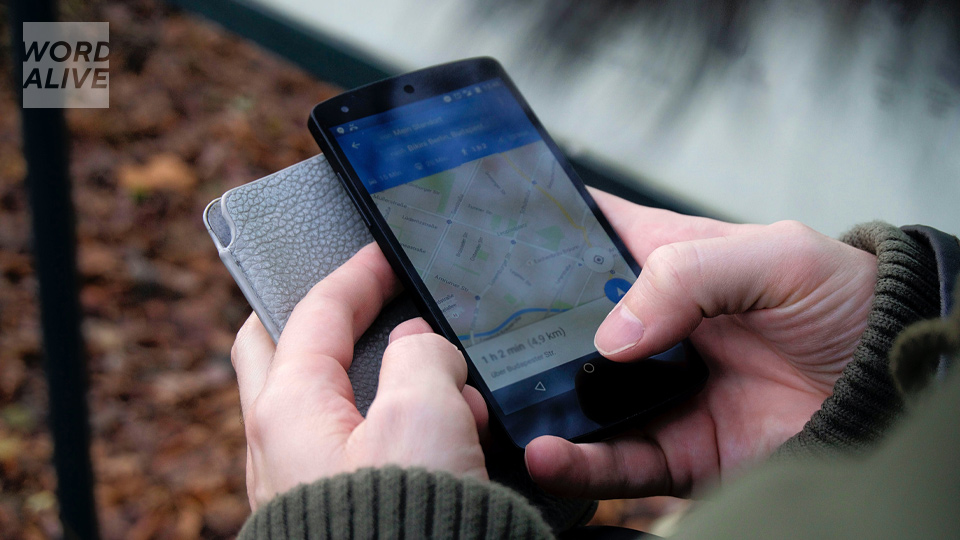 Photo by Ingo Joseph from Pexels

When Google doesn’t know the way, look to The Way

A reflection for the Fifth Sunday of Easter, Year A

Last summer, I made the trip from my home in Vancouver to Ontario to spend Canada Day long weekend with some friends I had met on a mission trip to World Youth Day in Panama. We agreed to spend the week at a friend’s family home in Whitney, just on the perimeter of Algonquin Park. I met two friends at the Toronto airport, and we then met another friend and her trusty red car. Equipped with music, snacks, and stories from months apart, we began our drive to Whitney. The drive was incredibly smooth until we arrived in the general vicinity of our friend’s home. But one by one, the things we relied on began to fail. Our GPS, which we relied upon heavily up until this point, began to lose signal. Our cellphones also started to lose signal, so it made data spotty and calls even spottier. All we had was an image of a map and an address. Beyond that, none of us had any clue where to go. The map “told” us to turn down a dirt road. As we turned down the road and drove down, I couldn’t help but think that this had all the makings of a horror movie scene. Here were four girls in a car, driving down a deserted road and passing by broken-down houses. With every passing minute, it seemed like we weren’t getting any closer to our destination. We decided to back out of the path, and as we reversed the car back onto the main road, we hit a brief moment of signal. We called our friend in a panic, asking where we needed to go. He laughed and said: “Yeah, Google doesn’t have our address right.” I’m sure you’ve encountered similar experiences where you’ve felt lost and unsure of the way. Thankfully with technology, we can pull up maps in an instant. Even if we feel like we’re lost, that feeling of anxiety can be calmed by asking Google the way. This experience showed me that maps – from high tech satellite maps on my phone to the abandoned paper maps in the glove compartment of my parents’ car – can sometimes lead us astray. We may lose signal, or accidentally put in the wrong address, or perhaps we’re holding the map upside down. But amidst technological and human error, Jesus’ direction never fails. So long as you follow in the path He’s laid out for you, you will never be lost. In the Gospel today, Jesus tells His disciples that in a little while, He will proceed ahead of them to His Father’s house to prepare a place for them. Naturally, His friends had questions. “Lord…how can we know the way?” Thomas asks (John 14:5). And Jesus provides the ultimate roadmap – Himself: “I am the way, the truth, and the life” (John 14:6). This is by far the simplest of all maps to use. We don’t need to fumble around with addresses because we know what our heavenly destination is. But the journey through the Christian life, though simple in principle, can be quite difficult in practice. Many times I try to take control of my life, direct myself based on my knowledge, and tell God that I can do it on my own. “I don’t need your map,” I say with confidence. “I know the way.” But friends, how many times have we tried to do things on our own and failed? How often do we try to go along what we think is the path, only to be required to put our car in reverse and back out onto the main road again? Even when we shred up the map He’s given us, Jesus patiently provides it again. His love for us is so rich and deep that He respects our choice to take the scenic route and even to get lost from time to time. When we realize that we are lost, He doesn’t look down at us with contempt. He simply re-routes us back to our destination: Himself. As St. Peter says, “We are a chosen race…God’s own people…who called you out of darkness into His marvelous light” (1 Peter 2:9). God chose us and calls us His own, and He desires for us to journey with Him. When we follow His way, we are led closer to Him and His truth. When we live in the truth of who He’s called us to be, we achieve the life that He’s meant for us.

Rachel Wong is a writer and speaker living in Surrey, BC. She writes and speaks frequently on Catholic femininity, the intersection of faith and mental health, and her personal faith journey. Rachel is also the host of The Feminine Genius Podcast, a podcast inspired by Pope St. John Paul II and his writings on women. Twitter/Instagram: @rchlcwng Learn more: https://rchlcwng.com