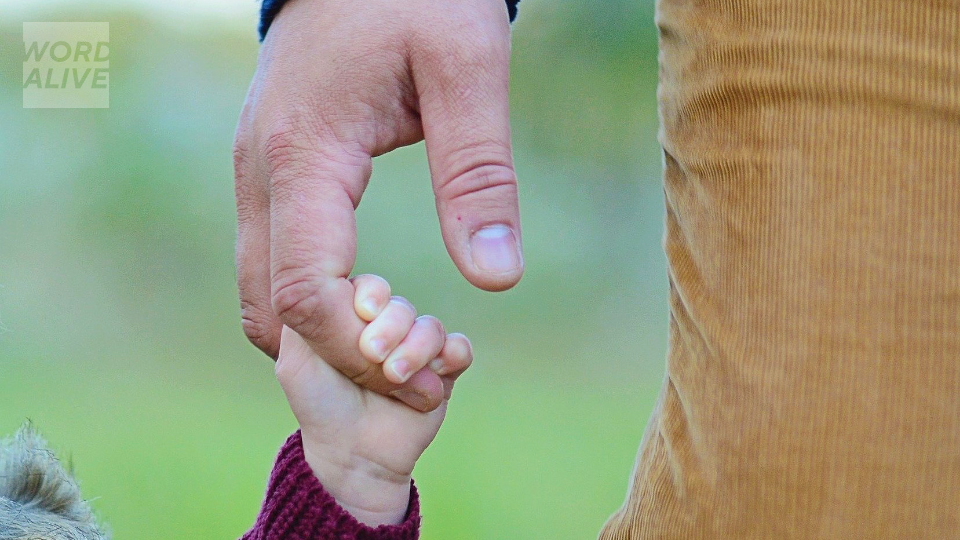 Image by Keelco23 from Pixabay

A reflection for the Twelfth Sunday in Ordinary Time, Year A

At least one silver lining of this coronavirus quarantine is that it's given me time re-explore my Blu-ray collection. I've amassed a lot of movies over the years which, until now, I'd had almost no time to watch. One film I was eager to revisit is the Dardenne brothers' masterpiece, The Kid With A Bike (2011). Made in Belgium, it is the story of a 12-year-old boy who, having been abandoned by his father, searches for love and acceptance, initially finding it in the motherly care of a neighbourhood hairdresser. Nevertheless, his innate desire for true paternal affection causes him to fall in with a local gang leader. The film's outwardly simple, moralistic plot belies the depth of its characterization and the keen perception of human nature which Jean-Pierre and Luc Dardenne never fail to showcase. Watching this film, it's impossible not to think about how important the love of a father is. Yet for Catholics, how much more important is the love of our Father, our Abba, in Heaven! In the Gospels, Jesus never fails to tell His Apostles, and all people, how much the Father loves us. We are all His children, made in His image and likeness. When people ignore or outright reject that love, they are blinded to their true purpose in life, a goal spelled out in the Baltimore Catechism:   Q: Why did God make you? A: God made me to know Him, love Him, and serve Him in this life, and be happy with Him in the next.   The point of life is simple, even if living it seems fraught with complexities. We need to think, live, and love as children do. Like Jesus says, we must become like little children in order to enter the Kingdom. To see the Father, all we need to do is step forward in faith and trust. But as with any unknown path, the first step is always the hardest. There is a sense of risk in letting go of the feelings which we falsely believe define us. Ironically, we often feel more comfortable in our old habits and emotions which bind us, instead of putting on the “new man” that enables true freedom. Only when we come to understand that the Father is righteousness itself, and that Jesus is the Lord of justice and mercy, we will see that any cause, whether personal or political, which attempts to exist outside of God's reign is bound to fail. Striving to live in the Father's love, to search for His guiding hand in midst of darkness, is a risk we have to take. Otherwise we'll remain lost. This Sunday is Father's Day. Appropriately, the common thread running through each of the readings is courage. For Jeremiah, he finds courage in Yahweh, who “tests the upright” but is “at my side like a mighty hero”. For St. Paul, courage is found in the sacrifice of Jesus, as it corrects the injustice of Adam: “If death came to many through the offence of one man, how much greater an effect the grace of God has had, coming to so many and so plentifully as a free gift through the one man Jesus Christ!” And in the Gospel of Matthew, Jesus Himself instructs us to have faith that He will ultimately mete out justice: “So do not be afraid of them. Everything now covered up will be uncovered, and everything now hidden will be made clear. What I say to you in the dark, tell in the daylight; what you hear in whispers, proclaim from the housetops.” The perfect example of fatherhood on earth is shown to us through Jesus. Another example is given to us through Jesus' foster father, St. Joseph. My wife and I recently consecrated our family to St. Joseph, and using the 33-day formula written by Fr. Donald Calloway, we recited the Litany of St. Joseph each day. In this litany, one of the titles we invoked is “Joseph, Most Courageous”. And it's true: St. Joseph is a true model of fatherhood because of his courage to be, amongst many other things, faithful and patient, a chaste guardian of Mary and a zealous defender of Christ. Perhaps, most of all, his courage was manifested in his obedience. Obedience primarily to the Holy Spirit, but also his virtuous obedience to proper authority. It's possible that many problems in the Church and in the world would be solved if we really knew the Father's love. Trust and faith are expressions of courage. We know this through Holy Scripture and by the lives of the saints. Furthermore, we continue to be reminded through various private revelations worthy of belief (though not necessary for salvation). For example, in a message given to an unnamed Benedictine monk on November 15, 2013 (published in the spiritual diary, In Sinu Jesu), Jesus tells the monk:

The world is looking for fathers, and in My priests I have given souls the fathers whom they need. There are false fathers who would abuse souls and lead them along, and exercise seduction and power over them. These are not the fathers whom I am sending into the world. The fathers whom I send to souls are men in My own image and likeness: humble, meek, self-sacrificing, tender, and strong. It is through My priests – fathers in whom the tenderness and mercy of My own Father will be revealed to his children in this valley of tears – that the world will be healed of the sufferings inflicted upon it by the absence of true fathers...Such a man was Saint Joseph. He was the living image of My Father, and he was chosen by My Father to be a father to Me in My sacred humanity.

St. Joseph, Most Courageous, pray for us!

Marc Boudignon is a senior editor with Salt + Light Media.