From blindness to sight in Christ | Word Alive 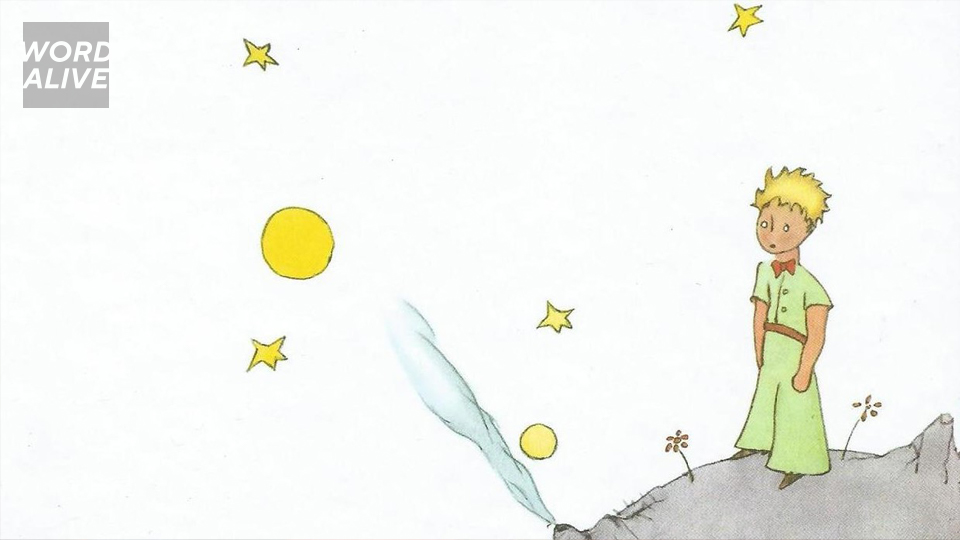 From blindness to sight in Christ

A reflection for the Fourth Sunday of Lent, Year A

The French writer, Antoine de Saint-Exupéry, writes in his book, The Little Prince, that one sees truly only with the heart. What is important is invisible to the eyes. To see truly, that is, to understand correctly, is not a question of education or sophistication, or of being astute about how the world works. To see with the heart, to see with the eyes of love, is what faith is. To see like this needs a transformation, such as the blind man experienced at the hands of Jesus in today’s Gospel reading. Samuel too, great prophet that he was, did not see clearly when he looked through his own expectations. He only saw clearly when he let God direct his understanding. He too needed to be transformed. To see like this, your heart needs to be set free by the truth and by being with the Lord. Once this happens, you will be surprised by what you see, by what was there all along waiting to be recognized! For many years I represented the Jesuits at the meetings of the Truth and Reconciliation Commission about the ongoing impacts of Indian Residential Schools. Like other church organizations, the Jesuits had perpetrators of physical and sexual abuse in our residential school (which closed in 1958) and in some parishes we ran in Indigenous communities. In the early 1990s, we began to hear allegations of abuse about our old school and some parishes. We reacted with disbelief and indignation. Education was part of our vocation after all, and we resented a critique that cut to the heart of how we saw our identity as “good” people. When it became clear that we were not listening, victims started to sue us. We used the law to fight back. Hearing consistent stories in the allegations, however, and doing careful research, we began to realize that many of the allegations were true. This helped us to realize that defending ourselves in court meant we were treating old friends, many of whose families we had known for generations, like they were enemies. So, we began to put victims’ interests ahead of our own. Admitting responsibility was scary because we feared it could lead to more lawsuits. It was also scary because it meant changing how we viewed aspects of our history, which was not as pretty as we had thought. While our goals in running a residential school were education and evangelization, not suppression of Indigenous cultures, nevertheless we participated in a system designed to suppress them. We furthermore shared in the attitudes of superiority toward Indigenous people that inspired such a system. For example, we thought we were doing good things for Indigenous people, but we never asked them what they thought they needed. We just presumed we knew. When we were stuck in our own perceptions of ourselves and of Indigenous people, what we saw was really just ourselves, much like the prophet Samuel when he was looking for a future king through his own expectations. Once we accepted the shadowy parts of our story, once we had a broken and contrite heart, it was as though our eyes were opened. What we saw from this new point of view was not our shame, confusion, and guilt, which were certainly part of the story. What we saw instead was that no one was asking us to leave. The Indigenous Catholics in the communities where we worked knew both the good and the bad of our stories. Despite knowing the bad, they did not ask us to leave. The Commissioners of the Truth and Reconciliation Commission were occasionally firm with the church and government people at the table, but they were always courteous and respectful. They went further than this though, for they never treated us like we were defendants in a trial. Instead they treated us like partners in the long work of reconciliation and like partners in building a better shared future, one where we were partners, not superiors and dependents. What we saw from the point of view of a transformed heart was new partnership and new life. It took a broken and contrite heart to recognize this. It took a transformed heart to be retaught the Gospel through Indigenous people. When St. John Paul II was in Canada in 1984, he said that “Christ, in the members of his body, is himself Indian”. He was not speaking only to Indigenous people. He was speaking to the rest of us, too. This is one way in which Christians in Canada are being transformed into light in Christ.

Fr. Peter Bisson, SJ, is a Jesuit priest working in Ottawa. He is the assistant to the Jesuit provincial for Indigenous relations. The purpose of this role is to help Jesuit ministries and communities understand and connect better with Indigenous communities and their issues. It flows from work that Fr. Peter did on reconciliation issues between the Jesuits and Indigenous people when he served as provincial of the Jesuits in English Canada from 2012 to 2018.