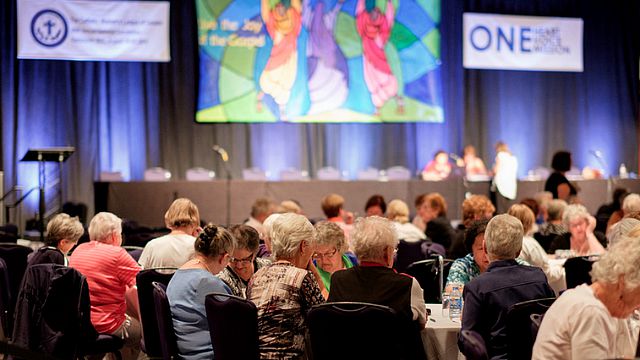 When one thinks of Prince Edward Island one tends to think of glowing sunsets over green fields, farms where animals roam free, small towns where everyone knows everyone else, and quaint green-gabled homes. One would not immediately think of the province as a place where 37 percent of people use the services of food banks to make ends meet. That’s more than twice the national average.
Low wages, a lack of full time jobs and high rates of seasonal work contribute to the disproportionately high rate of food bank use in P.E.I. Among those looking for help making ends meet are women. One of the things women using food banks often can not afford, but urgently need, are feminine hygiene products. This past spring the Catholic Women’s League in P.E.I. got in on a campaign to stock food bank shelves with those necessary, but often forgotten, products.
The “Taking Care of Women’s Business. Period.” Campaign was launched by a Tracey Comeau, a P.E.I woman who read about low income women feeling like their last shred of dignity was robbed when they could no longer afford feminine hygiene products. Comeau launched a 28 day campaign to collect women’s sanitary products and drop them off at local food banks.
The CWL Provincial Executive heard about the campaign and decided to get on board. Louise Doiron, the CWL Provincial President, sent an email to every CWL council on the island with details about the campaign.
“We told our members to buy whatever product they would normally buy, even soap and other items we know women need, and drop it off at their local food bank,” Doiron explained.
While Doiron does not know how many items were delivered by CWL members, the 28 day campaign launched by Comeau collected 1, 439 boxes of feminine hygiene products.
Inspired by the success of the campaign and the way CWL members, responded, Doiron says she is thinking of ways the league could get feminine hygiene products to even more women in need.
Photo c/o Olaf Photo.