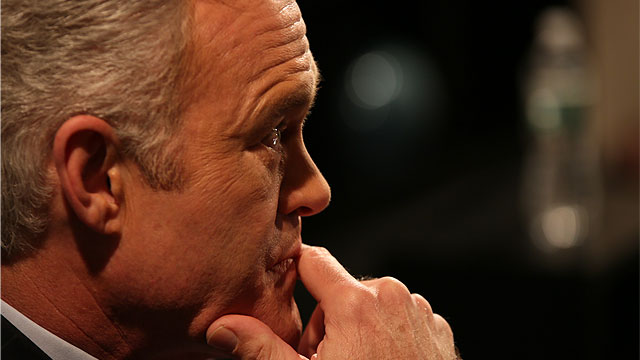 Point of View: Interpreting the Francis Effect is a S+L series that goes deeper into the questions surrounding the person and pontificate of Pope Francis. The series consists of a selection of the full interviews from S+L’s original documentary The Francis Effect. Find the full schedule for Season 2 of POV here.
Tonight: Scott Pelley
When the question is raised about the number of Catholics living in a particular city, region or country, a distinction is typically made between those who practice the faith, i.e. attend Mass on Sundays, etc. and those who are “Catholic” in name only. Inevitably we are left with two very different numbers. This is primarily a North American and European phenomenon, and has raised questions about catechesis in the local churches.
Since the election of Pope Francis, a new phenomenon has taken shape. Significant numbers of non-Catholics are keeping a close eye on the Pope and the Church. The resuscitation of the Church’s global moral voice cannot be ignored, it seems, especially when the message comes directly from Francis.
In our work covering the Pope we have the opportunity to engage people of different backgrounds and get a sense of the response to what’s developing. It often happens in the course of our conversations that these non-Catholic folks reveal a substantial personal knowledge of Catholicism and a keen sense of the Church. I never cease to be pleasantly surprised by this. At times I walk away thinking, “if only more Catholics knew what these folks knew!”
This feeling was never more apparent to me than when I met Scott Pelley of CBS. He is known across North America and beyond for his acclaimed career in journalism. He is also a practicing Methodist, with a long history of working with and for those on the margins, especially refugees.
When I conducted the interview with Scott for The Francis Effect, I didn’t know what to expect. One never knows how much a person will open up when they’re in front of a camera, especially a reputable celebrity. But, as you will see, his depth of understanding of Catholicism and Pope Francis are evident. The interview, which took place just over one year ago, now conveys an element of the prophetic—insight into what is transpiring under Francis that removes some of the fog created by our own narrow and often predetermined lenses.
The result is that we learn something, not only about Scott Pelley, but also about Pope Francis. We realize the significance of things the Pope has said and done that we may have overlooked, ignored or dismissed. This dialogue with a person of a different perspective encourages us to go deeper into our own and ask the critical questions. It’s the living out of Pope Francis’ words on the work for Christian unity: “It is not just about being better informed about others, but rather about reaping what the Spirit has sown in them, which is also meant to be a gift for us.” (Evangelii Gaudium 246)
The Catholic Church, as I said, faces the serious pastoral challenge of catechesis; catechesis that makes sense to modern people in language they can understand. Might it be suggested that the kind of interpersonal dialogue Pope Francis is promoting be somehow incorporated into our understanding and practical application of catechesis? Could dialogue with informed and insightful individuals, like Scott Pelley, become a staple in our systems of formation and personal conversion? This interview would be a good place to start…
Watch Episode 3 of Point of View: Interpreting the Francis Effect Airs Wednesday, May 6, 2015 9:00pm ET / 6:00pm PT Only on Salt and Light Television