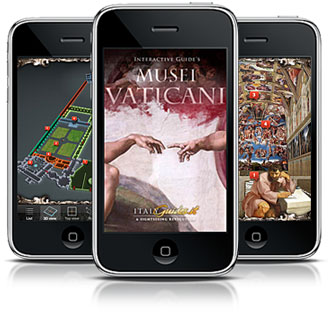 With Steve Job’s iPad announcement last week, the conception of digital media has once again been put into hyper-drive. Advances like these in modern technology have granted public access to a seemingly endless source of information and media. If religion is to remain relevant to the new “plugged-in” generation, it too must embrace the times that we are in. The Catholic Church, specifically, has taken the steps to make the faith digitally accessible. As a result, the Lord has become viral and, so far, efforts to spread His Word have successfully appealed to a whole new audience.
The Vatican has a website because the Church understands that this is quite possibly the most effective way to spread its message today. The Church in Rome has recently made itself even more accessible through the web with the filming of 360 Virtual Guide tours. With access to a decent internet connection, a Catholic from anywhere in the world can visit the papal basilicas of St. Paul Outside-the-Walls and St. John Lateran, the Vatican Secret Archives or the Necropolis under St. Peter's Basilica without ever getting up from his chair. (Filming for the virtual tour of the entire St. Peter's Basilica just wrapped up in January.) There's also Italy Guides' new iPhone Application.  For a mere five dollars, the application allows you to explore all the nooks and crannies of Vatican City just as a tourist could, accompanied by an audio guide. The app has already been downloaded more than 250,000 times since its late 2009 release. 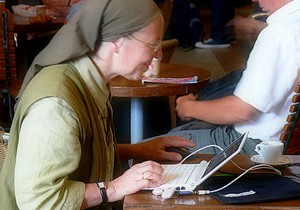 In addition to the mass amount of Catholic digital media content now accessible, there is a plethora of written material online, especially news that's often updated with the frequency of a CNN ticker. Nuns are blogging. Priests are recording YouTube videos. Dioceses have Facebook fan pages. The World Youth Day Madrid 2011 website is up and running. Now that the Church has jumped on the digital bandwagon and, a new dialogue between members of the faith will emerge. Now, is it all positive? Are there downsides? Of course. The ability to post on any old whim has definitely given individuals free range to distort certain facts and truths. Realistically, the Word of God is not going to be perfectly preserved among the 1,000,000,000 hits on Google. The director of the Vatican Press Office, Fr. Federico Lombardi, SJ, reflected on Pope Benedict XVI’s Message for World Social Communication Day, saying that the goal is to encounter God through the dialogue and relationships forged by this form of media. He concluded, “Let us enter the digital content then with enthusiasm and creativity, courage and prudence, to discover and know how to indicate here, too, the signs of the presence of God, of His love for us all.” Salt + Light’s first half-hour edition of Perspectives will feature an in-depth look at the Church and the digital phenomenon. The episode airs tonight at 7 pm (Eastern time) and repeats Sunday, with your host Pedro Guevara-Mann.