Why Newman is a saint for a divided Church 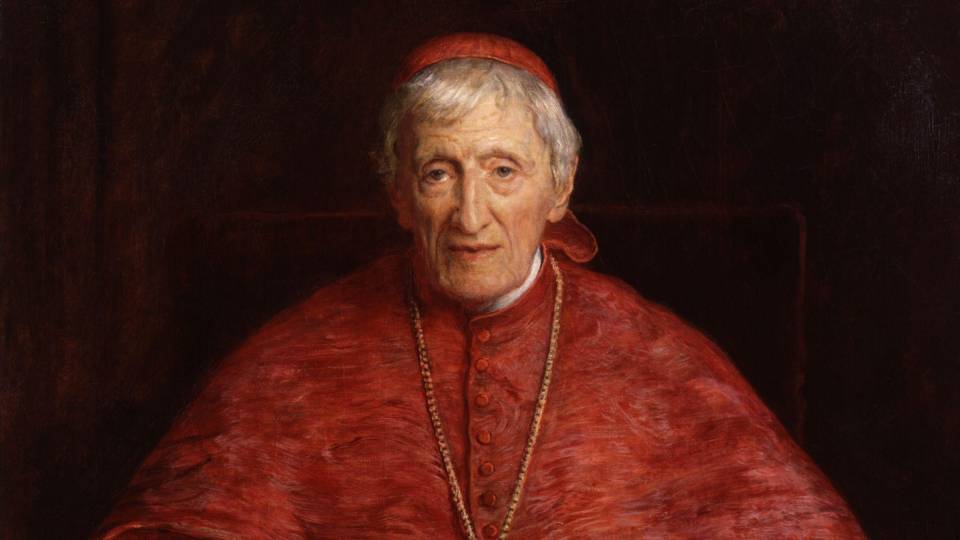 John Henry Newman, by Sir John Everett Millais, 1st Bt. Source: Wikimedia Commons.
With the announcement of Cardinal John Henry Newman’s canonization in October, Catholics across the ideological spectrum cheered. I recently read Charles Collins’s thoughtful article highlighting a curious effect of Newman’s theology, that, “not only is [Newman] impossible to pigeonhole, he is also someone you want in your corner.”
We owe a theological debt to Newman for his great contributions to the Church’s understanding of conscience and the development of doctrine. But considering the state of discourse between “conservatives” and “progressives” in our Church today, perhaps his enduring theological bi-partisanship should be celebrated most.
But how is it possible that people on seemingly different theological planets could all claim one theologian?
Well, it happens all the time with the four Evangelists. And throughout the Church’s history, people who were often excoriated in their own day for spouting progressive heresy are now considered to be great contributors to our theological tradition. The most obvious example is the great Thomas Aquinas. Or again, there is a precedent for this going back to the New Testament: recall the accusations of “blasphemy” levelled against Jesus for taking theological liberties.
And yet, many of the Church’s theological prophets, like Newman, were vindicated in later decades or centuries. At some point, not only is the label of “progressive” or even “heretic” removed, but, funnily enough, sometimes the label of “conservative” or “traditionalist” is newly applied! It’s a curious thing that history can turn a progressive heretic into an orthodox conservative. Aquinas was ridiculed for incorporating foreign Aristotelian principles into Christian theology…and by the 16th century he was a Doctor of the Church. By the 20th century the hierarchy deemed “Thomism” the only true and secure framework for doing all Catholic theology.
Something similar is happening again in our time with French philosopher Pierre Teilhard de Chardin (1881-1955). He developed an evolutionary Christian theology merged with modern science that quickly got him into trouble with the Vatican’s Holy Office (now the Congregation for the Doctrine of the Faith), and was censured. His thought is only beginning to seep into mainstream theology now, in part because of our increased scientific knowledge of the universe and earth’s ecological crisis. He’s thought of as “heretical” in some Catholic circles to this day, despite the last three popes acknowledging his unique and positive contribution to theology. Francis even references de Chardin in his ecology encyclical, Laudato Si'.
Before he died a few years ago, Pope John XXIII’s personal secretary, Cardinal Loris Capovilla, told me that John appreciated de Chardin’s theological direction privately but felt it would have been too premature to endorse it publicly. Cardinal Capovilla told me John used to say, “One day, one day, Teilhard will be a saint.”
That day has come, one hundred and thirty years later, for Cardinal Newman.