Why going on a pilgrimage is worth every penny 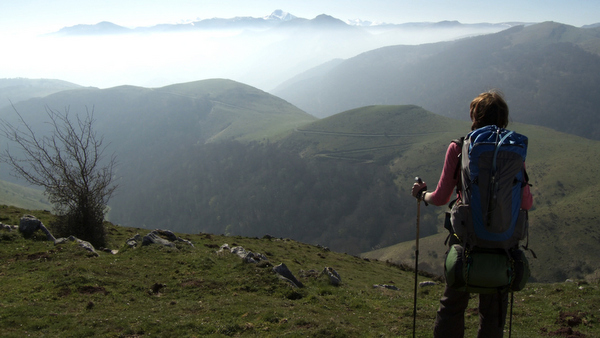 I came across an article the other day that indicated there’s research that suggests that experiences, not things, make us happier. Turns out there are a few reasons for this - the value of experience increases over time, and it's something that people share, and even bad experiences (apparently) are valued more over the course of time because they become good stories. Reflecting on this research, what immediately popped into my mind was pilgrimages. Because it really doesn’t matter how terrible the accommodations or the inevitable logistical fiascos may be because, in the end, it is overcoming these trials or bad experiences, like the saints before us, that makes these journeys, these experiences, worthwhile. To quote St. John Paul II, "For the Church, pilgrimages, in all their multiple aspects, have always been a gift of grace." The best part is that you don’t always have to be trekking halfway across the world to go on a good pilgrimage. There are many spots close to home that you can enjoy. One place in particular, which I thought I’d share with you, is a stunning exhibit of the life of St. John Paul II that allows pilgrims to immerse themselves in his life and teachings. I caught up with Dr. Jem Sullivan, Director of Research and Education for the Saint John Paul II National Shrine to learn more. 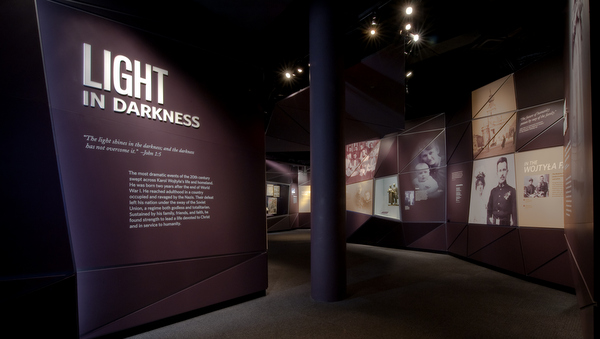 The permanent exhibit is dedicated to preserving the legacy of St John Paul II - why is that important and what are some of the unique features of the exhibit? Saint John Paul II is the “pope of the family," as noted by Pope Francis when he canonized him a saint of the Church in 2014. Pope John Paul II’s clear and courageous witness to the gift and sanctity of the family continues to be among his most enduring legacies. The exhibit is meant to be both an informative and a transformative experience that invites pilgrims to become part of the “spiritual family” of Saint John Paul II by walking in the footsteps of one of the great saints of our time. Saint John Paul II’s entire life was an embodiment of his fearless preaching of the Gospel. From his early experiences of family, and his personal and physical sufferings, he showed the world that it is possible to live a fully human life through the power of faith in Jesus Christ. 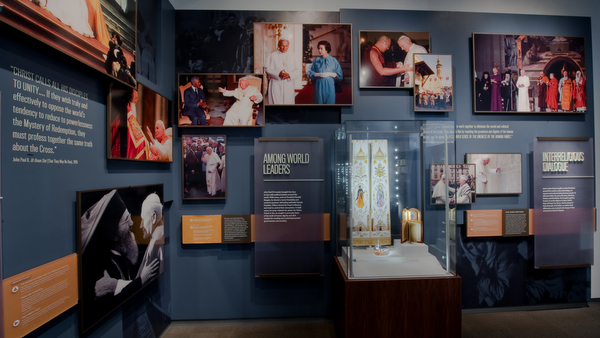 Many people considered Pope John Paul an important player on the world stage, how does the exhibit explore this? The permanent exhibit  explores the impact of his teachings and witness to the dignity of the human person through an extraordinary collection of photos, quotes, short films, personal interviews, artifacts, and original works of art. Pilgrims can view his handwritten notes of his 1979 speech to the United Nations on display in the exhibit, and be inspired by his 1995 address to the United Nations when he said that, “…the answer to the fear which darkens human existence at the end of the twentieth century is the common effort to build the civilization of love, founded on the universal values of peace, solidarity, justice, and liberty.” (John Paul II, Address to the United Nations, October 5, 1995). 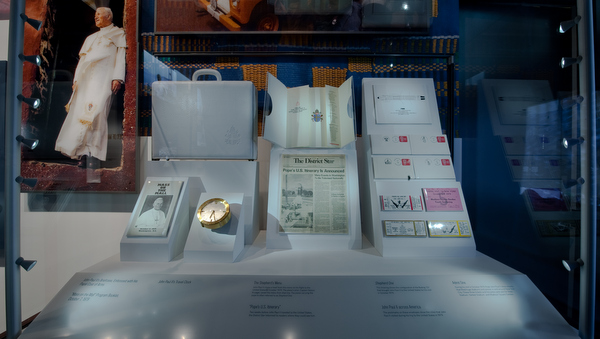 How has John Paul’s life personally had an impact on who you are today? As a young student of theology and philosophy in the 1980s and 1990s, I had the privilege of reading and reflecting on the writings of Pope John Paul II. The pope’s first encyclical, Redeemer of Man, and his writings on catechesis, evangelization, and art made a deep impression on me and was a guide to the subsequent intellectual paths I would take during my graduate and doctoral studies. 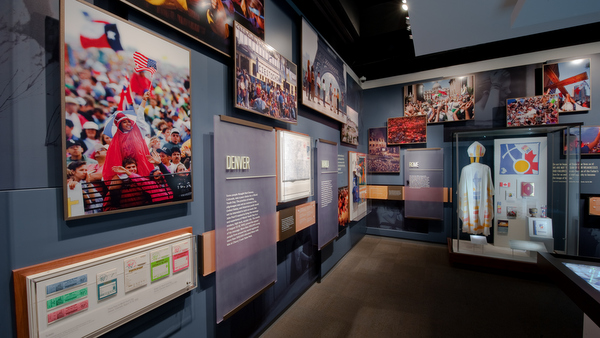 The pope radiated the love of God in a way that had a strong impact on my faith and life, as a wife and mother, and as a catechist, teacher, and professor. His love for Christ was a powerful example of Christian discipleship that encouraged me to serve the Church over the past twenty years. I took to heart Saint John Paul II’s call and challenge to grow daily in prayer and holiness of life, and to “not be afraid” to give one’s life in service of Christ and His Church. His saintly witness and example of Christian discipleship was among the reasons I was led to serve through catechesis, evangelization, and the renewal of culture and art for the past two decades. _ So this summer consider visiting this stunning exhibit to learn about a hero, live his life and share in something which will inspire you, challenge you and leave you grateful for his witness. What could make you happier? Exhibit photos courtesy of: Matthew Barrick, Barrick Photography and CNS.

The Producer Diaries Cheridan Sanders, a Producer at Salt and Light Television, reflects on her experiences as she travels the world telling Catholic’s stories. .