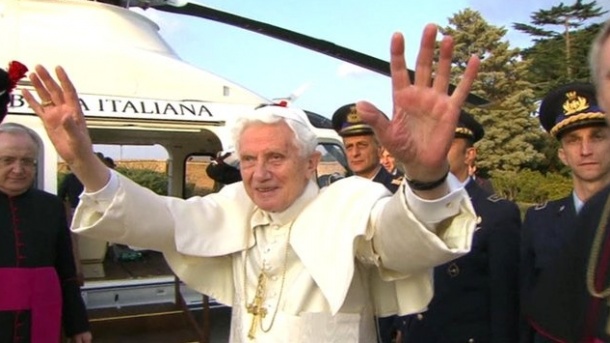 A year ago, perhaps this was not the question most people asked themselves. But today we ask, where were you on February 11th, 2013, the day Pope Benedict made the historic announcement that he would be retiring?
Today, a year later we seem to have gotten used to a new Pope. It seems that Pope Francis has been pope forever, but we would not be here today, had it not been for Pope Benedict's courage.
Today let's remember Pope Emeritus Benedict, who one day will likely be named a Doctor of the Church. Let's also take stock of where the Church is today, a year later, and how much we've experienced in the first year of Francis' pontificate.

Join us tonight at 8pm ET (5pm PT, with a repeat at midnight ET and 9pm PT) for Moving Forward: From Benedict to Francis, as Fr. Thomas Rosica, CSB looks back at the year that has passed, with Alicia Ambrosio, Sebastian Gomes and Cheridan Sanders, who provide excellent analysis.