Where do you go for a miracle? 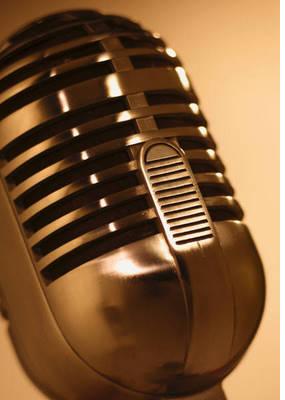 A while back I was listening to a morning talk show that I sometimes tune into. The host is a jaunty, garrulous guy who, with his female partner, easily keeps his listeners entertained daily with small talk for the duration. Like others in his craft, for listeners he has kind of become “part of the family”.
On this particular day, the host Jeff (not his real name) got quite personal. He introduced the topic with a comment: “Last night, I got my first good sleep in 18 months”. He went on to explain that he and his wife have a twenty-seven month old daughter, Megan (not her real name). But Megan has never learned to walk. They were first alerted to her condition when, at 10 months, Megan and her mother attended a Moms’ and Tots’ play-day. Right away Jeff got a phone call at work that day because his wife had noticed that Megan was not as coordinated and agile on the mat as were the other infants her age at the gym.They were referred to a series of specialists and over the next 18 months they pursued what seemed like endless avenues of assessments and treatments with little apparent results. Finally they found a program of physical therapies and exercises that gave them new hope. A bit more time ensued as they received encouragement from parents already in the program and they went through the steps of getting Megan registered. Finally, the day arrived for Megan’s first workout. Next day on radio, Jeff sketched in detail, just how it went.Megan was up on her feet; the attendant (who had already developed a good rapport with her) steadied Megan by her shoulders; and out front just a few inches from Megan’s outreaching finger tips were Mom and Dad, on their knees. Jeff dramatized his role in the cheering section, somewhat thus:“Come on, Meg, come to daddy! Take a step, Darling. Come on, you can do it, you can do it!” The attendant eased her “hold” a little – and Megan fell, the way she always had. So they started again. This time with a new version of Dad’s encouragement, and after what seemed like an interminable wait, Megan raised her right foot and took her first step! The parents were ecstatic; she raised her other foot – and fell.But what an accomplishment already! They got Megan on her feet again; Dad and Mom could hardly contain themselves! Megan took one step; she took another step; and maybe another, before she fell. On radio, Jeff dramatized his accompanying efforts to Megan’s performance. With Megan trying to grasp Jeff’s fingers scarcely an inch away, he lured her on: “Come on Meg! Reach! Reach toward me! Stretch to Daddy! Come on Meg! – I’ll give you a new car on your Sixteenth Birthday! . . . You can have sex with your first boyfriend! You can . . . . . . ” and I think a couple more motivational offers came over the air waves but I have to admit I was too distracted by Jeff’s range of options to even hear them!How to broaden Jeff’s horizon to a more truthful sphere of rewards? How to suggest that the Creator is not finished with Megan (or with Jeff, or with any of us) just yet? I wonder if Yahweh’s queries to distraught Job would speak to Jeff:

Brace yourself like a fighter: I am going to ask the questions and you are to inform me! Tell me, since you are so well-informed! Where were you when I laid the earth’s foundations? Who decided its dimensions, do you know? Have you ever in your life given orders to the morning or sent the dawn to its post? Have you an inkling of the extent of the earth? Tell me about it if you have! Have you visited the place where the snow is stored? Have you seen the stores of hail? From which direction does the lightning fork? Will lightning flashes come at your command and answer ‘Here we are’? Who bore a channel for the downpour, or cleared the way for the rolling thunder so that rain may fall on lands where no one lives, and on the deserts to meet the needs of the lonely waste and make grass sprout on the thirsty ground? Are you the one who makes the horse so brave and covers his neck with flowing mane? Do you make him leap like a grasshopper? Is it your wisdom that sets the hawk flying when he spreads his wings to travel south? . . . .” (Job 38:3-5;12,18,22, 24-27;35;39:19,28)

Will Jeff ever be able to see THE MORE in Megan’s life than cars and boyfriends?The same day as Jeff’s plight was aired, news broke of the unveiling of a letter written by Albert Einstein a year before his death; it’s expected to bring over $16,000 (US), this week at a Bloomsbury auction. It maintains that religion is “childish” and nothing more than “primitive legends”: “The word god is for me nothing more than the expression and product of human weakness, the Bible a collection of honourable, but still primitive legends which are nevertheless pretty childish.”If Jeff feels powerless and weak after months of sleepless nights over Megan, is there any chance that a word from Paul to the Corinthians might offer him hope? “. . . I have three times pleaded with the Lord but he has answered me, ‘My grace is enough for you; for power is at full strength in weakness. It is then that the power of Christ may rest upon me. For it is when I am weak that I am strong” (2 Cor 12:8,10).Whatever? Jeff needs faith. In my estimation, one of the finest definitions of faith comes out of the experience of a Chief Middle East correspondent for the Associated Press more than twenty years ago. Terry Anderson was held hostage for seven years in Lebanon. In his book, Den of Lions, he tells of being brutally abused, kept blindfolded, chained, and finally being permitted to have a bible and allowed to read it briefly each day. In the filthy isolation imposed by his captors, Anderson began to know the presence of God in his life. After his release he expressed his discovery in these words: “People are capable of doing an awful lot when they have no choice, and I had no choice. Where is faith found? Faith is what you find when you are alone and find you’re not!”May Jeff find such firm footing for Megan and for himself, before she takes Dad’s next step toward her first date!