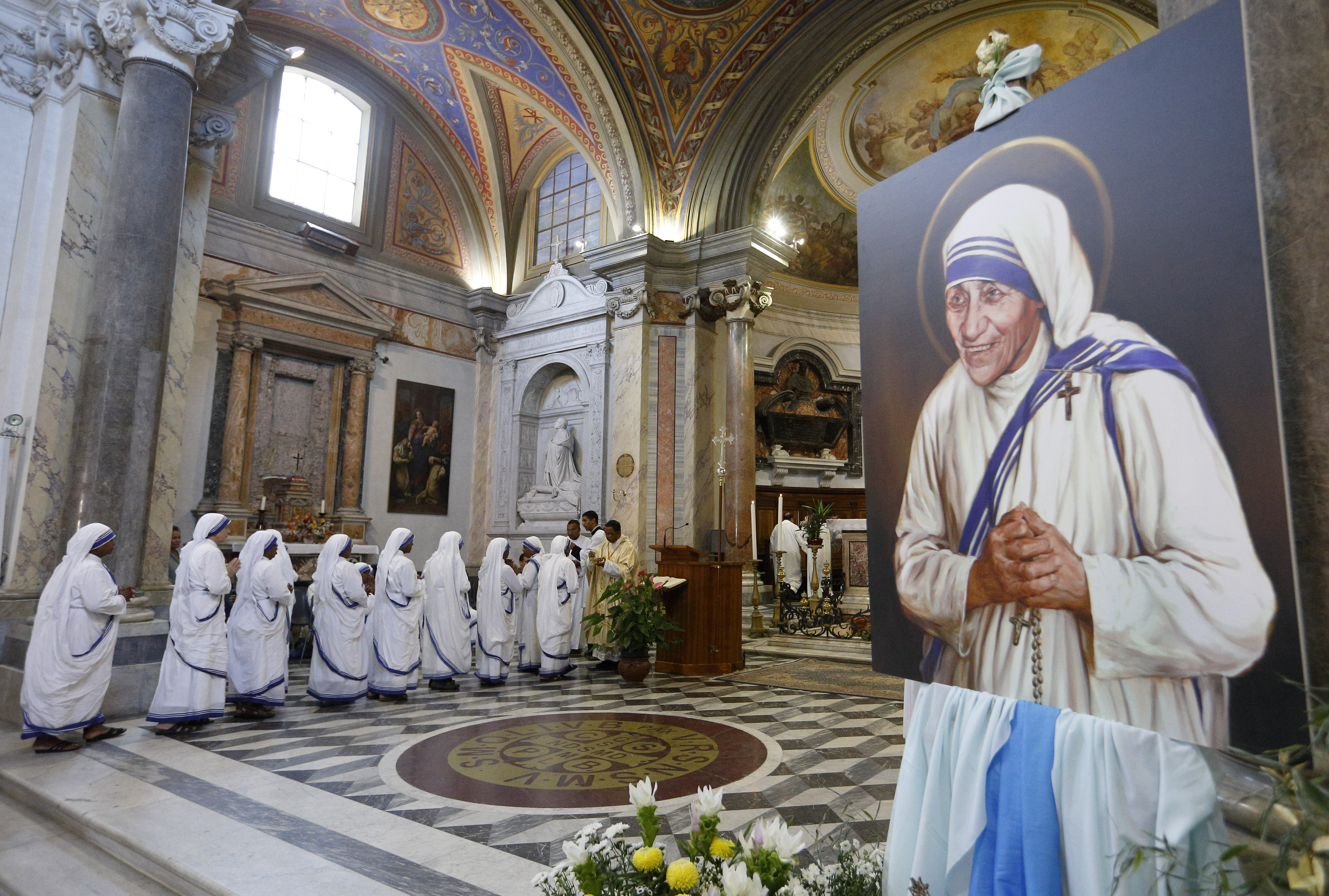 (Photo: CNS)
One of the defining celebrations of the 2016 Jubilee Year of Mercy was the canonization of Mother Teresa. Beloved around the world by believers and non-believers alike, her relentless care for the poor and abandoned struck the heart of humanity. Her story continues to spread through the ministry of her postulator, Fr. Brian Kolodiejchuk, MC, a Canadian who will be travelling to Victoria, Vancouver, and Kelowna January 14-16 to present on Mother's life and legacy. The events will be hosted by the Ukrainian Eparchial Bishop of New Westminster, B.C., Kenneth Nowakowski. Salt and Light recently interviewed Bishop Nowakowski about the event and the interest of many people in Mother Teresa's life. S+L: When and how did the idea for this event come about? +Nowakowski: Shortly after I became the Ukrainian Catholic Bishop of New Westminster (July 2007), I had hoped to bring Fr. Brian to the Eparchy either to preach a retreat for our clergy or missions in our parishes.  However, when I contacted him he was just elected the Superior General for the men's Missionaries of Charity and was unavailable but said he would keep my request in mind.  The years seemed to go by very quickly.  Then it was announced that Blessed Mother Teresa would be canonized and so I phoned him and asked him if he would consider coming to the Eparchy and give a few presentations in our parishes in the Vancouver area and in Victoria and Kelowna in the early part of 2017.  He agreed and when we saw each other at the Toronto Supreme Convention of the Knights of Columbus at the beginning of August this year we began to work on the plan. 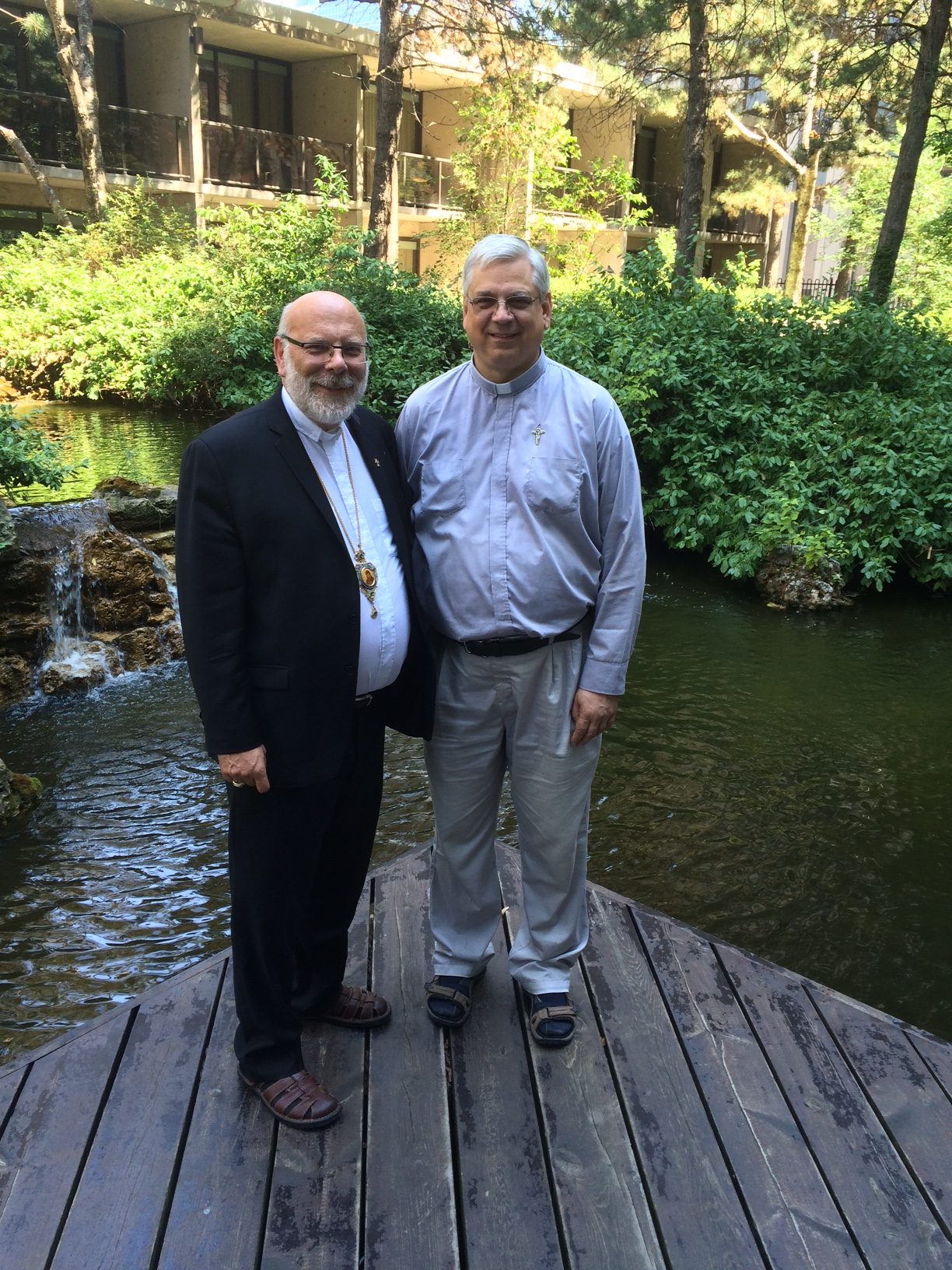 S+L: Mother Teresa was born in Albania, but spent most of her life in India. Fr. Brian, her postulator who's headlining your events, is a Canadian-born Ukrainian Catholic priest. Is there a special appreciation for Mother Teresa among Ukrainian Greco-Catholics? +Nowakowski: I think that the appeal of Mother Teresa is very universal.  Certainly the Missionaries of Charity Sisters are well known in Ukraine and her message is one that has touched the hearts of people all over the world including Ukrainian Catholics in Canada. S+L: Why do you think the figure of Mother Teresa and her service to the poor is appealing to so many people in the church, and outside the church today? (Above: Bishop Nowakowski (left) and Fr. Kolodiejchuk) +Nowakowski: Mother Teresa dared to do what most of us would not even think of, and that is to see Jesus in such misery and pain.  Her words and her actions brought attention to world leaders, to Christians, and to non-believers.  She brought out the good in people.  Even if it was not your vocation to live like her, I think people who came to know of her and her work did and do find ways to live her spirit in the best ways they can.  She was not just a good social worker, because what she did was to see Jesus in the people she served and this gave her the graces to touch not only the lonely and dying but all of us. S+L: Mother Teresa was canonized during the Jubilee Year of Mercy. What significance do you--as a bishop in Canada--see in this? +Nowakowski: Mercy is given by people who are in a position to give mercy to others.  The Jubilee Year of Mercy helped us to be reminded of not only the mercy shown to us by Jesus but also how we are called to be merciful to others.  Mother Teresa's canonization during the special Jubilee Year by His Holiness Pope Francis underlined how ordinary people from the most humble states of life can be instruments of Mercy.  As a Catholic Bishop in Canada, her example has helped me illustrate my homilies this past year. S+L: What do you hope the people who attend the event experience and take away? +Nowakowski: Fr. Brian is a very dynamic speaker.  He immediately brings his gentle nature of kindness and the spirit when he talks about Mother Teresa because of his close relationship with her.  Not all of us have had an experience to know this saintly woman and so I hope that through Fr. Brian people can experience her love, her message and what it means for us here today and now. S+L: How can people register for the events? +Nowakowski: The best way is to phone: Deacon Mykhailo (Micheal) at our Chancery: 604-524-8824 and let him know that they would like to attend and specify which venue, either at our parish in Victoria on Saturday 14 January in the afternoon, or on Sunday 15 January in the afternoon in Vancouver or on Monday 16 January in the early evening in Kelowna.  We are asking for a contribution of $50.00 per person.  The funds raised will assist us in the costs of bringing Fr. Brian to British Columbia, allow us to make a donation to Fr. Brian and also to the local Vancouver community of the Missionaries of Charity. 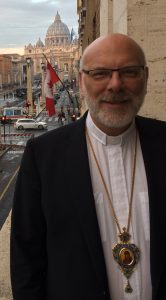 rchial Bishop of New Westminster Motto:  Deus Caritas Est (God is Love) Born in North Battleford, Saskatchewan, 1958 Ordained to the priesthood in the Ukrainian Catholic Eparchy of Saskatoon, 1989 Consecrated Bishop as Ukrainian Eparchial Bishop of New Westminster, 2007 Current Commissions and Committees: One of four members of the Ukrainian Greek Catholic Permanent Synod of Bishops since 2012 Member of the Patriarchal Committee for Pilgrimage Sites of the Patriarchate since 2009 Head of the Working Group of the Pastoral Strategic Plan of the Ukrainian Greek Catholic Church “The Vibrant Parish” since 2011 Member of the Standing Committee for Development and Peace, Canadian Conference of Catholic Bishops since 2014