Weekly News Round-Up: "What you are now, we once were. What we are now, you will become." 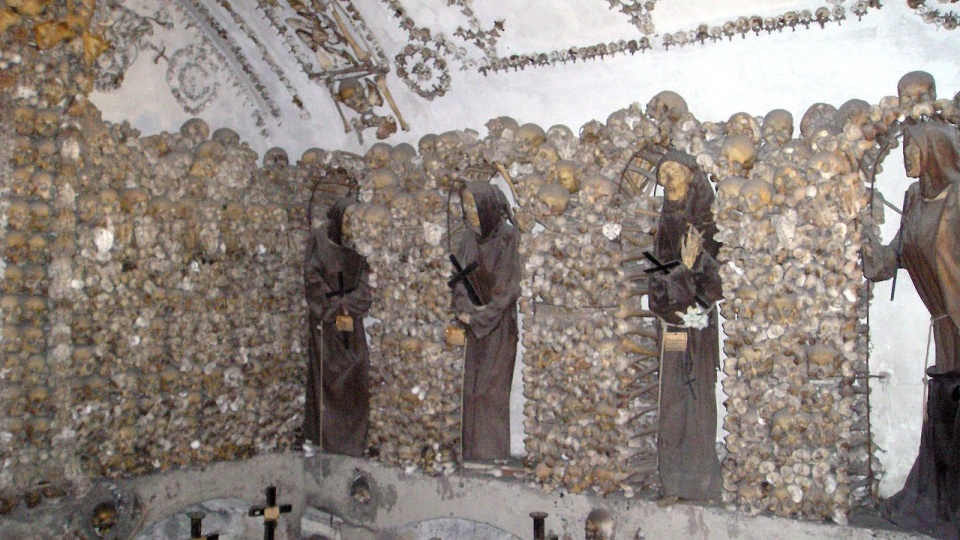 “What you are now, we once were. What we are now, you will become.” Those are the chilling words inscribed on a plaque inside one of Rome's best kept secrets - Santa Maria della Concezione dei Cappuccini. It's an ancient church that displays the bones and mummies of over 4000 Capuchin friars who passed away between 1528 and 1870, arranged along the walls in various chapels. The sole purpose of this grisly display was to remind visitors of the inevitability of death and to invite them to visually reflect on the eventual human condition. Since the Church celebrated All Souls and All Saints Day this week, I thought it would be a great opportunity to reflect on just that: “What you are now, we once were. What we are now, you will become.”  For a history on the chapel itself, you can read it here. Do you think you can completely disconnect from the internet, computers, mobile devices, and social media for a month? I'm not sure that I could, but check out this story of what happened when Christian author and speaker Matt Fradd actually did: The historic 2018 Synod on Young People, the Faith, and Vocational Discernment is over. Now, despite the fact that the actual event in Rome came to a close on Oct. 28th, much of the youthful spirit will continue to live on as many of the bishops and synod fathers are now taking what was learned from this event back to their dioceses. Check out this message from the synod fathers to the young people: Now, who hasn't heard of that insanely popular augmented reality mobile phone game called "Pokemon Go", that had kids all over the world running around collecting "Pokemons" in this virtual treasure hunt game? Well, believe it or not, a Catholic version was released that lets young people run around and collect saints, rather than Pokemons, in the same way. Seriously, this is not a joke! You have to see it to believe it. And finally, I leave you with this: Punk princess Avril Lavigne has released a new music single that topped the Christian Billboard Charts! Who would have thought! Arvil Lavigne is a Canadian rock artist from Napanee, Ontario, who is famous for her profane and lewd teen music that skyrocketed her career into the world music scene. Recently, she opened up about her battle with Lyme Disease. At one point, Lavigne says, she “had accepted death and could feel my body shutting down.” Her new single, “Head Above Water”, is a prayerful ballad that symbolically cries out to God for mercy and healing through deep struggle and suffering. Will we see more positive Christian-themed songs about hope, God, and mercy from this former punk princess? I guess we'll have to see. Well, that's all that I have for you this Friday. I hope you enjoyed this post as much as I enjoyed putting it together for you. Be sure to check back with us next Friday for more. Also, be sure to catch all the latest Catholic news and stories from around the world on Perspectives Daily. The show airs on the network Monday to Friday at 7pm ET or you can catch the latest episodes online here. We'll see you next week.