Water, Water Everywhere but not a Drop to Drink. 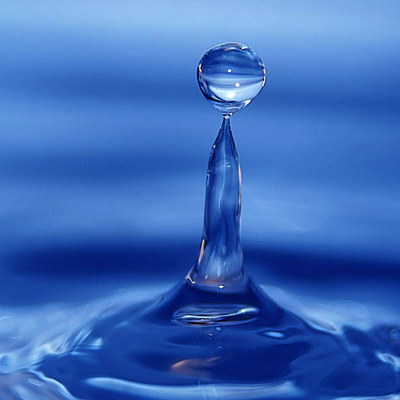 In the latest James Bond film, Quantum of Solace, 007 uncovers a powerful criminal organization's plot to take control of the world's most important natural resource: water. Bond launches into a mission to stop the villain from getting control of Bolivia's water supply (and, coincidentally, avenge the death of his love, Vesper Lind... but that's another story). Hard core James Bond fans had some problems wrapping their heads around this plot line. It's not exactly the stuff past Bond stories were built on. Past Bond villains threatened big explosions, massive instant destruction, etc. etc. However, Bond fans eventually got it. Water supply IS the new battle ground. For those of us living in places where snow falls eight months (it feels like it) out of the year and flooding is often more of a concern than drought in the spring, or for those of us who can choose whether our water comes out of the kitchen faucet or a bottle with bubbles and lemon flavour built-in, this can be a difficult concept to grasp.
Until we read the statistics.According the the United Nations, a staggering 1.1 billion people do not have access to improved water. That means that in North America and other developed regions, the water systems were once poor and, yes, Lake Michigan was once polluted because it was used both as a source of water and as an outlet for sewage. While in developed regions this problem was overcome and separate systems were set up for water supply and sewage treatment, this is not the case in East Asia and the Pacific, Sub-Saharan Africa, parts of Latin America and the Caribbean, and even some Arab states. A total 1.1 billion people don't have the luxury of a water supply that is separate from the sewage refuse system. They do not have clean water. As the U.N. defines it, they live more than one kilometer away from the nearest source of clean drinking water. Worse, 2.6 billion people do not have access to sanitation. That means ditches instead of toilets, which means bacteria and diseases being spread. This also means women and young girls walking that one kilometer, often more, to go get clean water and carry it back to their homes. For many women and young girls this means not being able to get an education, this also means being vulnerable to attack, assault and rape en route to the clean water source.To put this in James Bond terms, in Bolivia, of those who speak the indigenous language and are also the poorest of the Bolivian population, only 49% have access to piped water, while 80% of non-indigenous speakers (the wealthy, who speak Spanish) have access to clean, piped water. The U.N. also reports that at any time, about half the developing world is suffering at least one of the diseases caused by inadequate water and sanitation supply. These diseases are devastating and can be deadly. They can also lead to financial ruin for the infected person who has to pay for treatment out of their own meager income.What keeps clean water out of the reach of the world's poorest? There's a host of reasons: unsustainable agricultural and industrial use of water, deforestation, land degradation, over-consumption, waste, and last but certainly not least, the current economic system that favours those who already have. Water has come to be seen as a commodity and in many cases is no longer publicly or community controlled, but controlled by a private enterprise focused on making money.The World Council of Churches has joined the Ecumenical Water Network, dedicated to raising awareness about and supporting initiatives that aim to reduce the disparity in access to water. The Ecumenical Water Network launched an awareness campaign this week called Seven Weeks for Water. Each week of Lent Christian theologians and activists will post a biblical reflection as well as campaigning ideas and resources. It's perhaps an unorthodox way of dealing with water disparity, but it's a way of focusing on what is essential and doing what we can (prayer) for a situation much larger than ourselves.For more information about the Ecumenical Water Network's campaign, visit HERE.