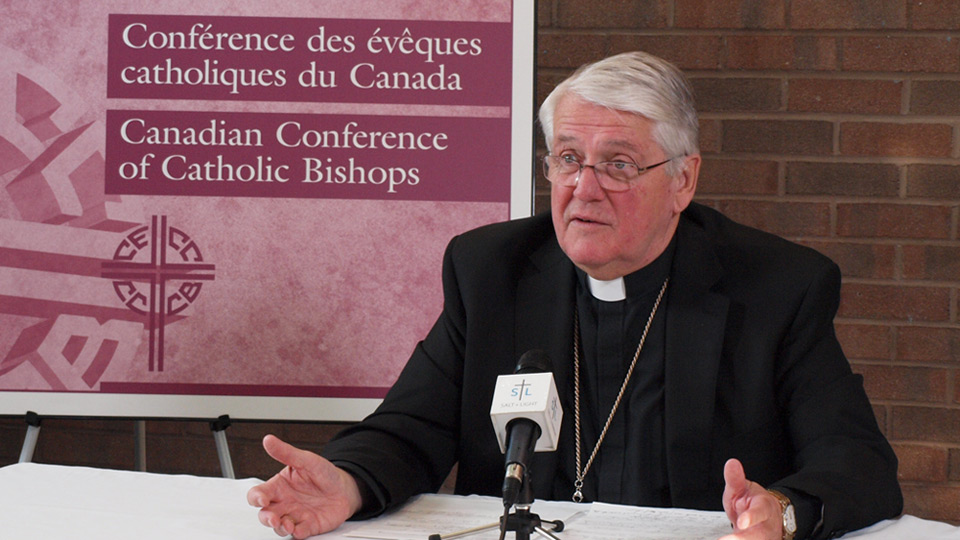 CCCB Plenary Assembly 2016
The Canadian Conference of Catholic Bishops (CCCB) will hold its annual Plenary Assembly on September 26th to the 30th, 2016, at the Nav Canada Centre, Cornwall, Ontario, in the Diocese of Alexandria-Cornwall. Salt + Light Television will broadcast events live online and on television with selected repeats throughout the day.
Here's what you can expect to see on our network throughout the week: - Mass with the Bishops in French and English (every morning) - The President's Report on Monday, September 26 with Bishop Douglas Crosby of Hamilton - A Keynote Speech from Cardinal Willem Eijk of Holland on The Impact of Legalized Assisted Suicide and Euthanasia in Holland and Beyond - An Ecumenical Panel Discussion for the Commemoration of the 5th Centenary of the Protestant Reformation - A reflection on Laudato Si' by Fr. Michael Czerny, SJ, of the Pontifical Council for Justice and Peace (now the Dicastery for the Promotion of Integral Human Development) - Daily Press Briefings with CCCB Vice-President Bishop Lionel Gendron and CCCB Co-Treasurer Archbishop Anthony Mancini - Vespers for the Year of Mercy on Wednesday, September 28 at 7 pm ET LIVE at Sainte-Croix Church in Cornwall, ON.
And much more!  Check out CCCB Plenary Assembly for updates!