Vatican Promotes the Cause of American Brother William Gagnon 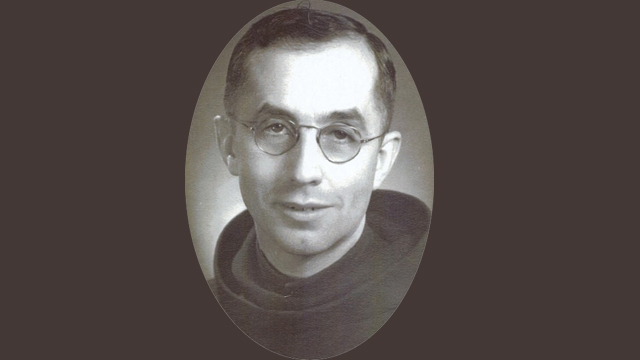 This morning the Vatican promoted the cause of American Hospitaller Brother William Gagnon, who died ministering in Vietnam during war:

Born and baptized May 16, 1905 at Dover, New Hampshire, U.S.A. of French Canadian parents, living both in New England and Quebec, Canada. He was called from his youth to take care of others. He discovered the fulfillment of this call when he entered the Hospitaller Order of St. John of God. He took vows on 20 November 1932 in Montreal, Quebec, Canada. His dedication to those who were sick and suffering energized his life quest.
After having occupied various functions, his dream of being a missionary became a reality when he arrived with two other Canadian Brothers at the Bui-Chu Mission, in the North of Vietnam, January 18, 1952.
During 17 years, his apostolic action concentrated on the implementation of the Order in Vietnam and ministering to thousands of refu gees. Hospitality as a way of being and acting toward those in need was empowered by a deep sense of reverence for life and a devotional life of prayer. He was enlived daily by his devotion to the Sacred Heart of Jesus and the Blessed Virgin Mary.
Exhausted after having given of himself totally, Brother William Gagnon died in Saigon, Vietnam on February 28, 1972.
Prayer of Intercession:
Lord, Jesus, Your mercy inspired the Servant of God William Gagnon to live hospitality with the ill, the refugees and the poor. Grant that we may always minister to all suffering people with Charity, as did this Son of St. John of God. Lord, hear the prayer that we address to you (personal intention) by the intercession of the Servant of God William Gagnon, in order that we may be affirmed in our faith and that Your glory and the joy of the Church be proclaimed. Our Father, Hail Mary, Glory be to the Father. Glory be to the Father.