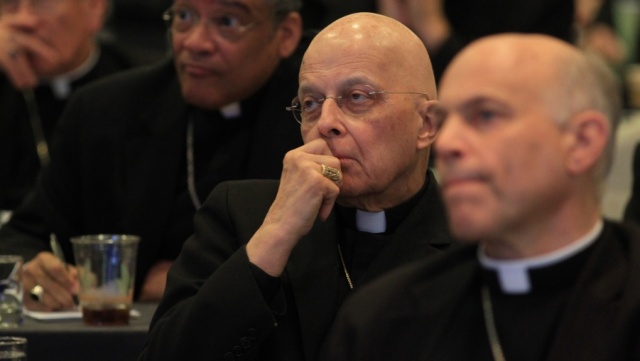 With the pope's one major summer trip over and done with, attention can now return to what we could call "housekeeping" matters: appointing new bishops to dioceses that have been awaiting appointments, and filling up the papal agenda for this fall. This week Pope Francis named the new Archbishop of Madrid, Spain. Cardinal Antonio Rouco Varela turned 75 in 2011.  During World Youth Day Madrid 2011 Cardinal Rouco Varela delivered his resignation letter directly to Pope Benedict XVI. The appointment of a successor, like many others, was delayed. After much speculation by Vatican watchers, the cardinal's sucessor was finally made public: Archbishop Carlos Osoro Sierra, currently leading the Archdiocese of Valencia, will move to Spain's capital. That left an opening in Valencia, a vibrant, seaside diocese brimming with vocations. In an unexpected move, the pope moved Cardinal Antonio Cañizarez Llovera from the head of the Congregation for Divine Worship to his home diocese of Valencia. Cañizarez Llovera's time in the Roman Curia was undoubtedly coming to an end - he was one of the few curial officials who had not been permanently confirmed in his job by Pope Francis. However, forgetting that this pope has no qualms about breaking unwritten "rules", most believed Cañizarez Llovera would be named to Madrid. Quashing any notion that the appointment was some sort of punishment or humiliation, the cardinal told Vatican Insider, a vatican news web site run by the Italian paper La Stampa, "It was my wish. I said to Francis: I want to have the odor of sheep. I asked to go back to a diocese, to whichever diocese he wanted to send me." The cardinal comes from Utiel, a town in the autonomous region of Valencia and sees the appointment as a welcome homecoming. *** On the North American side there is one major appointment expected soon: the replacement for Cardinal Francis George of Chicago, 77. The cardinal submitted his resignation in 2012 when he turned 75. This year when he revealed that he was once again dealing with cancer, the Vatican informed that a replacement would be surfaced quickly for Chicago. Cardinal George  was diagnosed with bladder cancer in 2006 and suffered a relapse in 2012. Earlier this year he revealed the cancer was once again showing signs of activity and he would under go a more aggressive round of chemotherapy. This week the archdiocese announced the cardinal had cancelled a scheduled trip to Rome in October in order to undergo treatment as part of a clinical trial run by the University of Chicago.