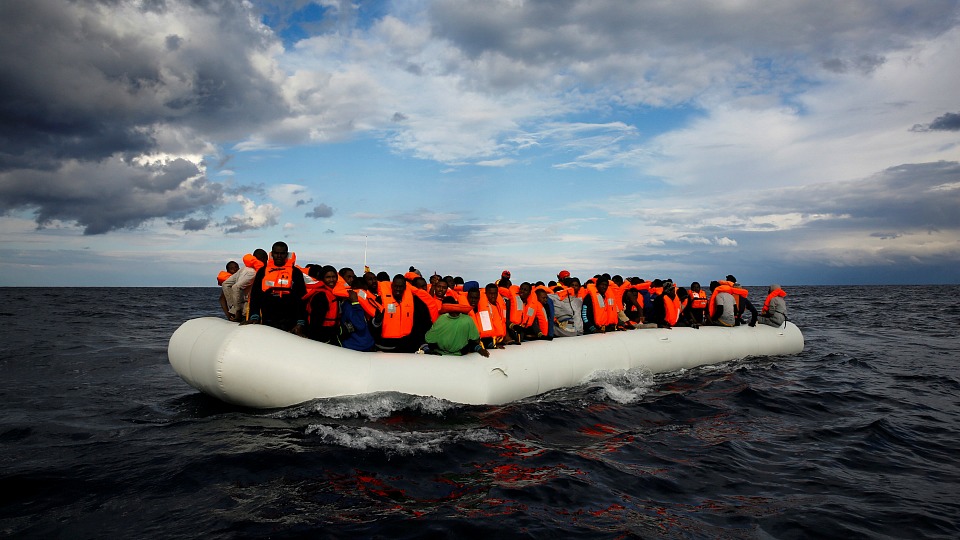 CNS photo/Yannis Behrakis, Reuters
This coming Sunday, the World Day of Migrants and Refugees will be celebrated at the Vatican. In recent days Pope Francis’ message, entitled "Migrants minors, vulnerable and voiceless," was presented alongside all the other initiatives of the Italian Church. In 2015, 65.3 million people around the world were forced to migrate. Of those, 21.3 million were refugees, 40.8 millions were internally displaced persons and 3.2 millions asylum seekers. In Italy, according to the data from the International Protection Report, updated in October 2016, there are about 171 thousand people in the different active structures. In his message, the Pope said:

“I feel compelled to draw attention to the reality of child migrants, especially the ones who are alone. In doing so I ask everyone to take care of the young, who in a threefold way are defenceless: they are children, they are foreigners, and they have no means to protect themselves. I ask everyone to help those who, for various reasons, are forced to live far from their homeland and are separated from their families."

The pontiff recalled that “It is absolutely necessary, therefore, to deal with the causes which trigger migrations in the countries of origin. This requires, as a first step, the commitment of the whole international community to eliminate the conflicts and violence that force people to flee.” At the same time, "The unrestrained competition for quick and easy profit –the Holy Father remarked - brings with it the cultivation of perverse scourges such as child trafficking, the exploitation and abuse of minors and, generally, the deprivation of rights intrinsic to childhood as sanctioned by the International Convention on the Rights of the Child.” On Tuesday, talking about this initiative, Nunzio Galantino, Secretary General of the CEI (the national assembly of the Bishops of Italy) stressed that the Italian bishops keep asking for a residency permit as a humanitarian protection or social protection, for young men and women who for over a year were in a refugee shelter." Galantino also spoke of the need to unlock a law that broadens citizenship to children who have completed the first school cycle, in order to broaden participation, the heart of democracy, and promote inclusion and integration processes". Among the various initiatives that will be held on the occasion of this day, the Dicastery for the Promotion of Integral Human Development has announced it is launching its first media campaign. From Wednesday to Sunday, the tweets of Pope Francis will focus on migrants and refugees, and will link directly to the Section's Facebook page, which will present a brief story and reflection relevant to each day's topic.

For more on the World Day of Migrants and Refugees, catch Vatican Connections Fridays at 8 pm ET!