US primaries reignite old question of how Catholics should vote 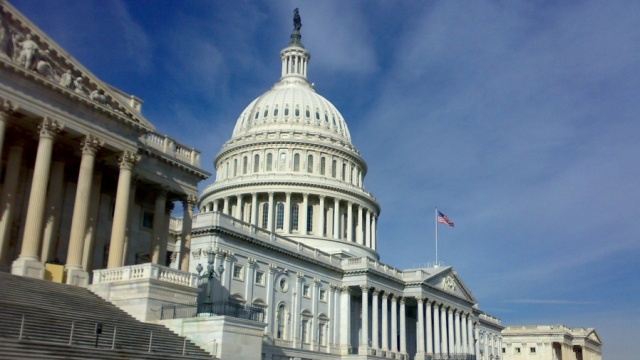 Just before Pope Francis’ trip to the United States in September last year I had the chance to visit with Cardinal Donald Wuerl, the Archbishop of Washington, DC.  At the time, the media was speculating about what Pope Francis was going to say, especially to the US Congress, and what impact it would have on the presidential hopefuls ahead of the 2016 election.  I felt that the Pope’s visit was far enough removed from the election that it wouldn’t factor much into the campaign.  The Cardinal looked at me very seriously and said, “Sebastian, here in the US we are always in campaign mode.” The 24-hour news era has given us immediate access to candidates, polls and analytics to follow every inch of a campaign for months and even years in advance.  The US, and to a lesser degree Canada, seems to be obsessed with the politics of the day.  A big part of this lingering drama is the question of how Catholics can and should vote. There’s no question that engaged, practicing Catholics in North America feel a responsibility to vote, while various independent Catholic commentators seem to feel an equal responsibility to tell Catholics how or how not to vote. Typically Bishop’s Conferences will put out guidelines, like the “2015 Federal Election Guide” of the CCCB, or the USCCB’s teaching document on the political responsibility of Catholics, “Forming Consciences for Faithful Citizenship.” (Note that neither the CCCB nor the USCCB explicitly states that a Catholic must or must not vote for a particular candidate or party.) This US election campaign is particularly interesting because of the surprising buoyancy of fringe candidates like Donald Trump and Bernie Sanders.  When they burst onto the scene announcing their respective candidacies, political commentators across the board said it was only a matter of time before they sank.  That hasn’t happened, we’ve discovered, since a good portion of the general population has had enough politics-as-usual and is searching for answers beyond the traditional political establishment.  The possibility of one or both of them winning the party’s nomination is quite real, and that means thinking seriously about how Catholics could vote in the upcoming federal election. Of the various commentaries I’ve read over the past few weeks that deal with this question, none is more comprehensive, balanced and Catholic, frankly, than San Diego Bishop Robert McElroy’s, “The Greatness of a Nation” featured in next week’s issue of America.  Here are 6 points from his analysis Catholics should keep in mind when they vote:

1) Keep Pope Francis’ US visit and vision of politics front and center.  The reference point for Bishop McElroy’s analysis is the long-standing social doctrine of the Church and the teachings and ministry of Pope Francis.  Essentially, Catholic voters should consider “the integral development of every human person and of society as a whole.”  But the Pope’s words during his visit offer a particular emphasis for a particular historical moment, and thus should always be considered in discussions about voting in the upcoming election.  His addresses to Congress, the US Bishops and at Independence Hall are particularly relevant.  It might sound strange, but sometimes a local church must struggle to keep the memory of a papal visit alive.  Bishop McElroy is doing his part. 2) Political conversion.  For Catholics, thinking about who to vote for in a federal election is not just about the candidates or even about the issues.  It’s about understanding the fundamental purpose of politics so as to practice politics in a truly productive, respectful and dialogical way that promotes the common good: “The central foundation for an ethic of discipleship in voting… lies not in the embrace of any one issue or set of issues but rather in a process of spiritual and moral conversion about the very nature of politics itself.”  This is a difficult process which demands a collective rethinking of the current polarizing system.  We find something analogous in the Pope’s encyclical Laudato Si.  Mere policies and legislation will not fix our damaged earth; conversion, that is, changing the way we think about ourselves and our relationship to the earth, is the only solution. 3) The dynamic common good.  Bishop McElroy argues that a Catholic approach to voting recognizes the principle of the common good and that it is dynamic and complex.  It requires a penetrating reading of the signs of the times to discern the greatest challenges facing a society and the human race as a whole.  It also requires an ability to connect seemingly unrelated issues and put them into a larger gospel framework.  Can we draw a line between refugees flocking to Europe and the struggle in Canada against the legalization of physician-assisted suicide?  The ability to do so is a sign of healthy and faithful citizenship. 4) Dispelling misconceptions.  Part of being an informed voter is understanding the complexity of the issues and of the Church’s social teachings as well.  These highly technical teachings aren’t immediately and totally comprehendible in every scenario.  Some Catholics simplify the Church’s teachings into categories of “yes” or “no”, but this is not an appropriate application of teaching.  Bishop McElroy points to the example of an action that is “intrinsically evil,” meaning inherently evil in every situation.  Some Catholics may wrongly conclude that because Euthanasia is an intrinsic evil, no Catholic can vote of a candidate who supports it.  But Bishop McElroy clarifies that “voting for a candidate whose policies may advance a particular intrinsic evil is not in itself an intrinsically evil act,” meaning the voter is not necessarily culpable by the act of voting.  If that were the case, no Catholic would be allowed to vote, since every candidate in this election promotes one policy or another—from abortion to war to economics—that is considered intrinsically evil.  Bishop McElroy continues, “Voters will often find themselves in situations where one candidate supports an intrinsically evil position, yet the alternative realistic candidates all support even graver evils in the totality of their positions.”  While this clarification does not immediately solve the voting question, it brings Catholics to a deeper, more dynamic understanding of the Church’s social and moral teachings. 5) Voting is not an end in itself.  A thoughtful and realistic reflection on the current challenges facing the society and the world should lead to a determined effort to fix them all.  Catholic involvement in the political and social landscape is about action and improvement, to make available to every person the possibility of living a truly full and good life.  One of the things that come out in Bishop McElroy’s analysis is that voting is not the end of political and social engagement, but should prompt Catholics to a deeper appreciation for their fellow citizens and desire for building a society of justice and peace. 6) The decision is yours.  In the end Bishop McElroy, like the Canadian (CCCB) and American (UCSSB) Bishops, doesn’t tell anyone who to vote for, or who not to vote for.  Every Catholic must make the decision in good conscience.  It’s not always easy, but the Church provides substantial guidelines, and beyond that an invitation to conversion for the betterment of each of us as individuals and for the society and human family as a whole.