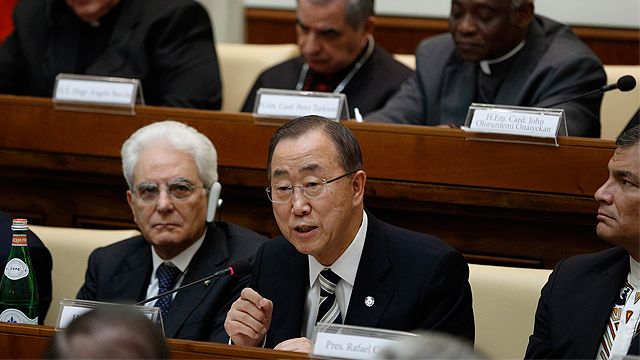 (Vatican Radio)  The United Nations Secretary General Ban Ki-moon met with Pope Francis in the Vatican on Tuesday before going on to address a conference exploring the moral issues connected to climate change. The one day international symposium has been organized by the Pontifical Academy of Sciences and will include a video message to participants from Pope Francis about the Christian imperative of stewardship of creation. The UN leader said he had a “fruitful and wide ranging conversation with the Pope and he commended participants in the symposium for raising awareness of the urgent need to tackle climate change and promote sustainable development. Please see below for the full text of Ban Ki-moon's address: