Two Kid Limit? Not Based on These Numbers…. 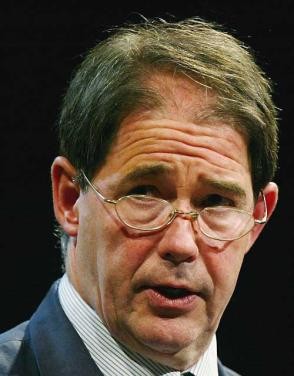 I was outraged today when I read the comments of Jonathon Porritt, Chairman of the UK's Sustainable Development Commission, who said in an interview that families should be limited to two children in order to battle Global warming. According to Porritt families with more than two children are "irresponsible". His commission is set to unveil a report next month urging increased emphasis on abortion and family planning services in order to combat population explosion and thus the "carbon footprints" of families with too many children. Porritt says the government must improve family planning, even if it means shifting money from curing illness to increasing access to contraception and abortion.
What utter nonsense. The challenge to our civilization does not come from large families but from childless ones. Human fertility has been in a steady decline for years and is now below replacement levels - the minimum required to prevent depopulation - in numerous nations, including China, Japan, Canada, Brazil, Turkey, and all of Europe. The world's population has been rising due to longer life span. But with far fewer children being born today, there will be far fewer adults bearing children in the future. This could have catastrophic consequences. According to the United Nations, by mid-century, there will be 248 million fewer children than there are now. For Porritt that is welcome news signaling 248 million less "carbon footprints." But for sociologists, demographers and the informed this is a devastating statistic. Gary Becker, a Nobel laureate in economics, has rightly claimed that no natural resource is as vital as "human capital" - the knowledge, skills, and experience of men and women. For this reason periods of high fertility often coincide with times of economic prosperity and growth. And who knows, one of those 248 million children who won't be here in 2050 might just have the solution to the Global Warming Crisis. Now that's something Porritt's research never considered.