As seen on the Friday edition of Zoom, over two hundred artists, including Canadian pianist Angela Hewitt, will meet with Pope Benedict XVI in the Sistine Chapel this Saturday. 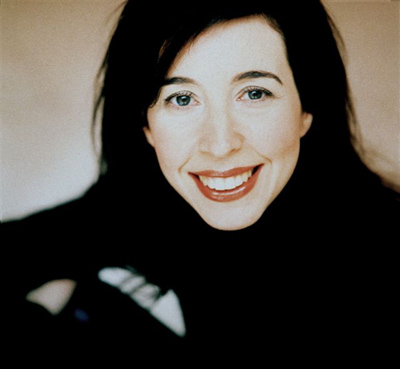 The event begins with a musical interlude, followed by the Holy Father's address the artists. Later in the day, the President of the Pontifical Council for Culture, Archbishop Gianfranco Ravasi will greet the artists and they will be presented with medals of remembrance. Tune into Salt + Light Television for Pope Benedict XVI's Meeting with Artists this Saturday, November 21st at 3:30pm ET, Vatican Radio will provide english commentary. At this past Wednesday's General Audience the Pontiff mentioned the meeting, saying it is a "proposal of friendship between Christian spirituality and art." You may also want to check out John Paul II's Message to Artists from 1999 HERE, and for more information on the event take a look at THIS Catholic News Service story from early November. - Photo from www.angelahewitt.com