“If we are not working to develop a pure heart or a pure mind, then our bodily actions will reflect this. If we have no control over our desires or passions, then we cannot be trusted in either the big or the small things. We will remain slaves of our own passions and weak in spirit. If we cannot say “no,” then our “yes” will mean nothing. The more we accept chastity and make it our way of life, the more people around us will sense that the Holy Spirit dwells within us.” 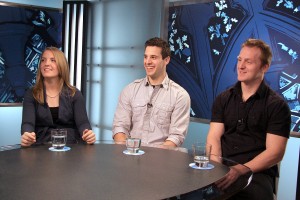 The above is one of the most beautiful excerpts from the newly released pastoral letter on chastity from the Canadian Conference of Catholic bishops (read the complete letter here) Salt + Light also produced this video to coincide with the letter’s release. It seems that John Paul II’s Theology of the Body has sparked the discussion but in doing so, it has also revealed much uncharted territory in Catholic teaching. As a Catholic, we understand that the Church possesses Wisdom and Truth in all its fullness but that we will spend eternity articulating these truths. So I guess now is as good a time as any to start! In preparation for our most recent episode of Perspectives Weekly, we began some creative prodding on Facebook. And when that didn’t work, we resorted to straight-out challenging people to have “the discussion”. What is chastity? Why does it resist definition? Are we all tired of talking in circles? How can chastity not be a vague concept to us? Is chastity something that can only be understood when lived? There are many, many questions and almost as many interpretations of what a chaste life actually looks like. Here’s what some of our friends on Facebook had to say: Elena Feick writes: Chastity is unpopular these days, but it is also one of the two main ways in which we create a healthier relationship between men and women. Chastity is not just saving sexual intimacy for marriage, it is a way of life that involves striving to dress modestly and to treat oneself and others with respect. It is a way of viewing the human person that is empowering and grace-filled. And now for a word from Paddy Mott: Most Catholics have at least a rudimentary understanding of chastity, especially in the "what not to do" categories, and the general population understands pre-marital chastity to a degree. However, what a lot of people (Catholic and not) do not have in the "now" era of technology is the self-control to put their knowledge into practice. Everyone knows that modesty and abstaining from sex before marriage, and having a full marital respect towards their partner after, will reduce STI transmission, reduce unwanted pregnancies, and statistically leads to happier marriages. The sad part is that there aren't many people who are willing to make that sacrifice. That’s where we come in. Our role is to be people that our peers can relate to, but still represent life the way it was designed to be lived. Jean Vanier would say that life is all about becoming Human. Michael O’Brien writes that “love is a long apprenticeship”. Let’s hope that this discussion marks the beginning of one such apprenticeship among Canadian Catholics. Join host Pedro Guevara Mann as he welcomes four young Catholics to Perspectives. Together, Pedro, Matt Nelson, Christa Huddart, Paul Fabina and Leanna Capiello of the University of Windsor put it all on the table in the effort to discover true purity of heart. Because this topic is an involved one (to say the least), we will be following it up with another episode on chastity next week; only this time the guests will be drawn from the married and religious vocations. Tune in to the discussion tonight (and next Friday) for Perspectives Weekly at 7pm and 11pm ET, 8 pm PT.