Who doesn't enjoy a miracle story? These stories, after all, have weathered the ages and have been recounted at kitchen tables and family gatherings throughout the generations. And with due reason!
Almost as fascinating as the miracles themselves however, is the way in which the Vatican bestows on them their lofty titles. A miracle does not become a "Miracle" without a trial. Literally! When preparing to canonize a saint, the Vatican must have extensive evidence supporting the validity of two miracles in the life of the individual being considered for sainthood. This must be what St. Paul was talking about when he said that we must "test all things". 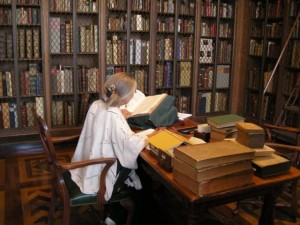 The canonization process is a grueling one and can involve dozens of scientists, doctors and specialists as any given point. Dr. Jacalyn Duffin is one such doctor. A hematologist, author and professor at Queen's University, Dr. Duffin has surveyed more than 1,400 miracles pertaining to 229 different canonizations and 145 beatifications spanning from 1588 to 1999. Perhaps the most notable case on her CV is the testimony she provided for the Vatican officials' handling of St. Marguerite d'Youville's cause for sainthood as Dr. Duffin's research played a crucial role in making the Canadian saint's canonization a reality! The creation of "miracle papertrails" is one perspective, but as we have seen, the miracles of the Saints continue long after their portrait is hung in the square. Join host Jenna Murphy as she walks with a parish community outside of Toronto whose life of faith has been ignited by miracles thanks to one saint in particular: St. Pio of Pietrelcina, also known as the Miracle Man. Be sure to tune in for The Mingling of Faith and Reason: Miracles and the Catholic Church airing tonight at 7pm ET, 8pm PT. To watch an interview with Dr. Jacalyn Duffin and S+L's very own Mary Rose Bacani on CBC about the canonization of St. André of Montréal and her work in the miracle business, click here.