To Gaetano Gagliano, the Church came before his business empire 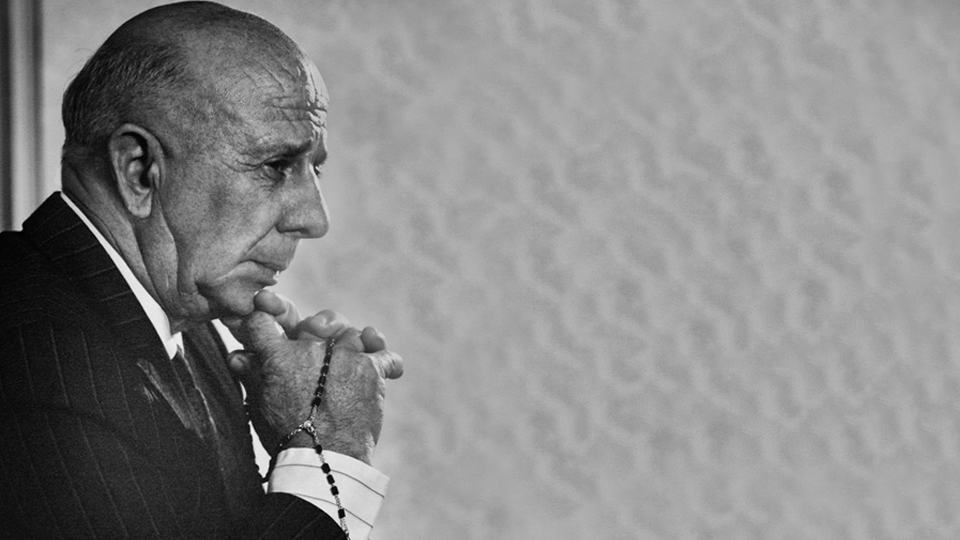 1989 Yousuf Karsh
TORONTO – From a distance Gaetano Gagliano was a perfect representative of Toronto’s Catholic establishment. He was a rich man whose business empire employs more than 1,300.
In the hands of his children, St. Joseph’s Communications is today Canada’s largest privately owned communications company. The well-known magazines — Toronto Life, Fashion, Canadian Family and Quill and Quire — are just the visible tip of a business that provides branding, customer engagement and strategic positioning for all sorts of corporations. Mr. Gagliano was a Knight of the Pontifical Equestrian Order of Saint Sylvester, Pope and Martyr, a member of the Order of Canada and held the title of Commendatore from the Italian government. But money and success were never what made Mr. Gagliano who he was. No matter how much he achieved, Mr. Gagliano remained the southern Italian immigrant who arrived in Canada in 1956 with $40 in his pocket, four kids following him and his wife Guiseppina, a fifth on the way. At 98, Mr. Gagliano died at home, surrounded by his 10 children and many grandchildren, on April 14. His funeral took place at St. Clare of Assisi Catholic Church in Woodbridge, Ont., April 18. The great dream of Mr. Gagliano’s life had everything to do with communications, but more to do with the Church than with his business empire. Born in the village of Cattolica Eraclea in 1917, young Gaetano was chosen for something special when he was sent to school at a minor seminary. His mentor was Blessed Fr. James Alberione, beatified by Pope John Paul II for his bold embrace of new methods of communication before the Second World War. It was a lasting disappointment to Mr. Gagliano that illness interrupted his education and dashed his hopes. But he made a life — served in the Second World War, married and then tried his luck in Canada at the age of 38. In Canada he worked for Canadian Pacific laying track 12 hours a day. When he got laid off that job, he worked a night shift at a print shop sweeping the floor. And there he saw an opportunity. He bought a tiny letterpress and put it in his basement. He picked up business printing wedding invitations, bulletins, programs — anything. He also went back to work for CP. That tiny little printing business couldn’t stay tiny. Mr. Gagliano saw his opportunities to add new equipment, expand its capacity, accumulate new clients. As the business grew he gave 10 per cent of his earnings to the Church. He also looked for other ways to serve the Church. He printed lectionaries and sacramentaries for the Canadian Conference of Catholic Bishops, printed Living With Christ for the Canadian Catholic publisher Novalis, printed Columbia Magazine for the Knights of Columbus. But it wasn’t until he was 86 years old that Mr. Gagliano’s vision of a way to serve the Church took a truly bold turn. “He had this passion inside of him to use the media,” recalled Salt + Light Media Foundation CEO Fr. Tom Rosica. “He didn’t understand the technicalities and stuff like that, but he realized we had to move beyond the traditional ways of thinking small. He thought big. He did that quite profoundly.” In the fever of excitement around World Youth Day in 2002, Mr. Gagliano decided Canada needed a Catholic television service. As the age of digital broadcasting dawned everything was up for grabs. Bishops and others ignored him, thinking Mr. Gagliano’s notion was a pipe dream, but by 2003 he had a licence from the Canadian Radio-television and Telecommunications Commission and Salt + Light TV was born. Mr. Gagliano remained deeply connected to the tiny Catholic broadcaster for the rest of his life. He hand-picked Rosica to be his CEO after the success of the 2002 World Youth Day in Toronto. “He badgered me to take the job,” recalled Rosica. Mr. Gagliano was very aware of how he had been chosen to take up the legacy of his patron Alberione. His charitable work over the years included printing hundreds of thousands of Bibles for mission countries around the world in many languages, but Salt + Light was the true apple of his eye. The old man taught his children that they never became rich for the sake of being rich. “He had every good reason to boast and to flaunt what they had,” said Rosica. “He lived extremely simply. He had a tremendous sense of philanthropy and of giving things away, and that’s what he did.”