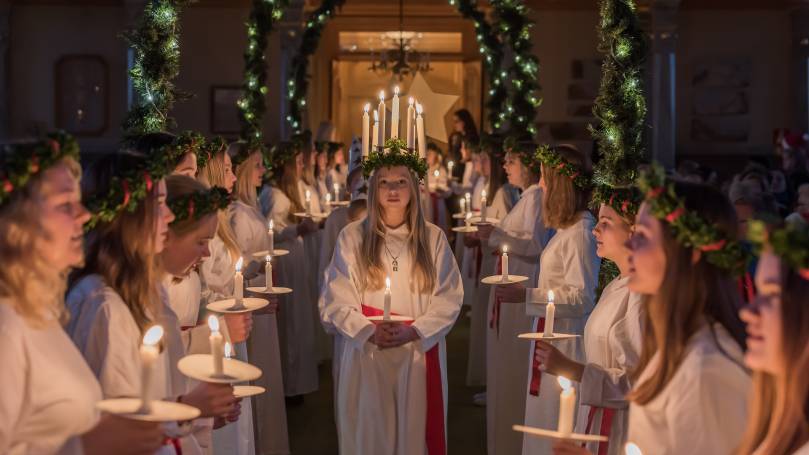 Photo credit: Bengt Nyman
As we continue to get ready for the coming of the Lord, I’d like to offer another thought for Advent, and this Thursday, it’s about a special celebration happening today, one that I think can assist with our Advent preparations. Now, it might help us to take a moment and step back in time, so imagine: it’s dark, pitch black in fact. You feel worried and tense, and the surroundings are humid, uncomfortable, and somewhat nauseating. Where are you? Well, it’s the early fourth century, you’re in Rome in the midst of the Diocletianic Persecution, and you find yourself hiding in the catacombs. This was a period, often called the “Great Persecution”, in which Emperor Diocletian was oppressing Christians, rescinding their rights through a number of edicts and punishing them with imprisonment, torture, and even death. In short, it wasn’t an easy moment to believe in Jesus. Tradition says that during such persecution many Christians went into hiding, and one of the popular stories has them sneaking down to the subterranean burial chambers carved under the city. I should point out that numerous scholars believe it to be rather unlikely that the Christians actually hid in these chambers, citing the pitch blackness, the humidity, and the stench. While their skepticism might be logical, however, the traditional account makes for a much better story, so we’ll go with that one. What makes it a powerful story is imagining these struggling Christians believing with such fervour that they’d suffer these pitiable conditions, enduring whatever it took to hold onto their faith. 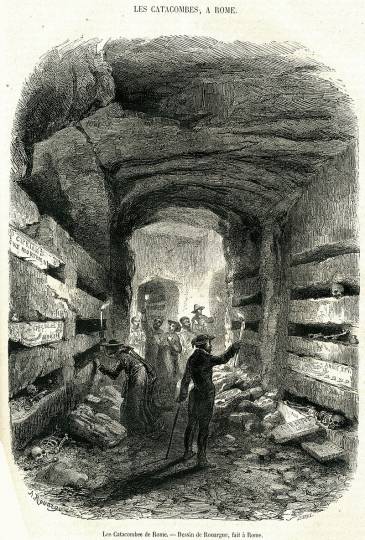 As resilient as they were, though, they still needed help, and that help leads us back to today’s special celebration. You see, the story goes that some help came from a young woman named Saint Lucy. Well, at the time, she was just Lucy, but she would sneak underground with food, water, and supplies. There was a problem, though. She needed a light to navigate the pitch black catacombs but didn’t have a free hand to carry one. Her solution? Simple, she put candles on her head. Of course, it’s unlikely that Lucy would just balance a random candle on her head. Instead, people say she designed a kind of wreath to wear that held the candles perfectly in place. That might sound a little odd to you, but if it does, you’re probably not Swedish. Because in Sweden and other Scandinavian countries, the tradition of young ladies wearing these candle-wreaths has actually been passed down for many years. It’s a tradition celebrated on “Luciadagen”, or Saint Lucy’s Day, which falls on December 13th. Over the years, numerous customs and traditions have developed, but seemingly no matter what, the centerpiece of it all is that wreath of candles resting on one girl’s head. As lovely as that sounds, you might be thinking, “Sweden? I thought Lucy was sneaking through the catacombs in Rome”, and well, yes, she was. Lucy, or “Lucia”, was very Italian, but years after her death, Lucy’s story found its way north. Many believe it was the candles and the saint’s connection to light that resonated with the Scandinavian people. As her feast falls so close to the long, dark night of the Winter Solstice, celebrating Lucy (which comes from “lux”, or “light”) was a perfect fit. Evoking some light in the midst of darkness was exactly what they needed. Naturally, however, we know that Saint Lucy doesn’t provide the only light this time of year. She offers a light, but it’s the light we’re most excited about, the “light of the world” (John 8:12). That light is what Jesus brings into our lives on Christmas, offering us hope and guidance, and that light is one that drowns out Saint Lucy’s candles in a big way. Her light simply can’t compare, and yet, I don’t think she’d have a problem with that because everything she did in her life was for her faith in God. Whether it’s the tales of helping in the catacombs, reports of her eyes getting taken out, or the story where guards speared her in the throat to stop her from talking about God and she just kept on talking. All of it, no matter how challenging or fantastical, was for Him. Lucy constantly pointed people toward the light of the Gospel, so it only makes sense that the traditions of her feast day would do the same. Those Luciadagen head-candles, remind us of Saint Lucy but also of the great light that comes only twelve days later. Maybe, therefore, as we carry on lighting our own Advent candles and continue this season of preparation for the great feast ahead, we might think about how we can illuminate our world, imitating Saint Lucy and pointing people toward the light that’s coming on Christmas Day.