Remember when S+L producers Cheridan Sanders and Sebastian Gomes won a 2014 Gabriel Award for Best Religious Series for The Church Alive? Check out the post below from early June:

Salt + Light Television was once again recognized by the Catholic Academy for Communications Arts Professionals and was awarded the prestigious Gabriel Award for the fifth time since the network’s inception in 2003. The Church Alive, a fast-paced, segmented and interactive show on Salt +Light hosted by producers Cheridan Sanders and Sebastian Gomes, was named Best Religious Series for the 2014 season.
An international Vatican-approved organization for communication, the Catholic Academy for Communications Arts Professionals began the Gabriel Awards in 1965. Each year the Gabriel Awards celebrate and honour excellence in film, television, radio and other communication projects that serve audiences "through the positive, creative treatment of concerns to humankind." This year, winners will recognize at the Gabriel Awards banquet of the Catholic Media Conference in Charlotte, NC on Thursday, June 19, 2014. 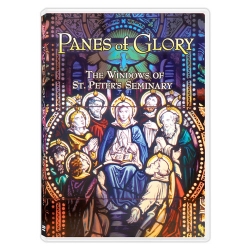 Past Gabriel Awards for Salt + Light include:

The Church Alive is available for purchase now at the S+L store! Get your copy today for $59.99! 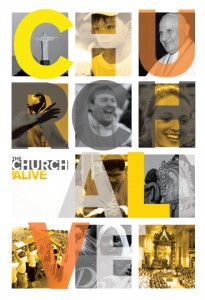