Three Things to Know about Francis’ Visit to Georgia and Azerbaijan 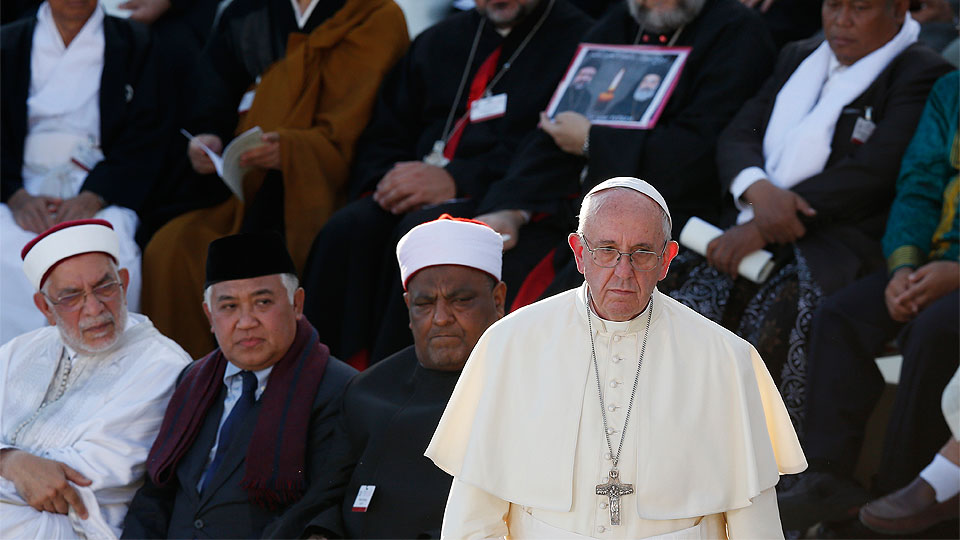 “Pax vobis - peace to you,” taken from chapter twenty of John's Gospel, is the motto of Pope Francis’s apostolic visit (Sept. 30-Oct. 2) to Georgia and “You are all brothers” chapter 23 of Matthew’s Gospel is the motto for his visit in Azerbaijan. This trip represents the second phase of Francis’s trip to Caucasus, which began on June 24, 2016 with a visit to Armenia. Pope Francis will be the second pope to visit Georgia and Azerbaijan after John Paul II, who visited Georgia in 1999 and Azerbaijan in 2002. The visits are part of the Extraordinary Jubilee Year of Mercy; and of the promotion of peace and bridge building in the Caucasian region. But before he goes, here are three things to keep in mind: Francis’s theology of the periphery; the extension of Assisi inter-religious, ecumenical dialogue in Caucasus; and peace building.

Focused on the Periphery

By his Caucasian visit, Francis is reaching out to what he calls geographical peripheries. Caucasus is borderland between Asia and Europe, and an area of contention between East and West. As in Armenia, Catholics are a small minority in Georgia and an even smaller minority in Azerbaijan. In Georgia, Eastern Orthodox make up 84%; Muslims 10%; Apostolic Armenians 2.9%; and Catholics 0.8% of the population. In Azerbaijan 63% of the population is Muslim (Shiites); 33% Sunni; and Catholics only 0.01%. Francis’s first day in Tiblisi will conclude with a meeting with the Assyrian-Chaldean community in the Chaldean Catholic Church of St Shemon Bar Sabbae. The Assyrian Catholics settled in Georgia in several waves in the 18th, 19th and 20th century from Iran and Turkey, while fleeing Ottoman persecution. Their story was marked by hardship, human suffering, displacement and exodus. The Pope’s visit will bring attention to this almost-forgotten religious minority, part of a peripheral Church. In the same vein, in Azerbaijan, a periphery, the Pope will visit the Salesian community of Baku in the capital of Azerbaijan. There are around 300 Catholics in Baku while others are scattered all around the country, according to Fr. Vladimir Fekete, Apostolic Prefect for Azerbaijan. Besides the Salesians, the Missionaries of Charity of Mother Teresa have recently opened a house helping the country’s poorest of the poor.

Extension of “the spirit” of Assisi is a focus of the pope’s visit to Caucasus. The pope intends to open fresh paths to ecumenism and inter-faith dialogue with the Georgian Orthodox Church. The visit of the Pope Francis is appreciated by the local Catholic communities in Georgia, and the fact that the Pope was invited by the Catholicos-Patriarch of Georgia is a great sign of openness on the part of the Georgian Orthodox Church. However, the relations between the Orthodox and Catholic Churches are encountering complications. For example, the fact that bishop Giuseppe Pasotto of the Apostolic Administration of the Caucasus blessed a holy door for the Jubilee Year of Mercy in an open field in Rustavi, the fourth-largest city in Georgia, has caused some protests among the Orthodox community. This and similar incidents seem to have halted the will for dialogue between the Catholics and Orthodox. On September 21, 2016, Interfax reported that representatives of the public organization of Union of Orthodox Parents conducted a protest near the building of the Vatican embassy in Tbilisi against the pope’s visit to Georgia. The Georgian Orthodox Church is still uneasy about ecumenism. This explains why Francis and Ilia II are not going to pray together in public. Moreover, the Pope will be welcomed as the “head of State of the Vatican.” On a positive note, the Georgian Church took part in the Chieti (Italy) gathering this month, where they signed the document on primacy and synodality in the Church, despite disagreement regarding some paragraphs. When the document is published, the Georgians' objection will be included as a footnote. Azerbaijan, which Francis will visit on Sunday, October 2, is a multi-religious country known for religious tolerance, and where different religions have coexisted. After John Paul II’s 2002 visit, the government recognized the Catholic Church as a traditional church present in Azerbaijan and granted land for a new church to be erected, to replace the one destroyed during Communism. When in Azerbaijan Francis will have a private meeting with the Sheikh of Muslims in the Caucasus in the Heydar Aliyev Mosque. The mosque was destroyed during the time of the Soviet anti-religious policy and rebuilt in 1994 on the same site following the old design and architecture. For centuries Christians, Muslims and Jews have lived peacefully in the country. It is a tolerance to be celebrated and emulated. In fact, there have never been religiously motivated fights in the country. It is common practice for Christians and Muslims to exchange visits on the occasion of religious feasts. Interestingly, Muslims have contributed financially to constructing the Salesian Church of the Immaculate Conception in Baku. Moreover, Francis’s visit will provide some hope for peace making and putting an end to the still-unresolved question of Nagorno Karabakh.

Peace-building is the purpose of Pope’s visit to the Caucasus, which has been the site of conflict. The Pope's visit has a “therapeutic significance, which tends to reconcile a country that has experienced very strong tensions” said Fr. Antonio Spadaro SJ. There is an ongoing, almost twenty-year-old, unresolved dispute between Armenia and Azerbaijan over Nagorno-Karabakh, a territory in Azerbaijan. The conflict has continued for so many years because the truce signed in 1994 did not bring about a meaningful peace agreement between the countries. The conflict, although apparently involves the two counties of Armenia and Azerbaijan, could potentially turn into a multi-county conflict: Russia would support Armenia on one side, and Turkey would support Azerbaijan on the other. As his predecessor John Paul II in 2002, Francis will be an ambassador of peace and dialogue, extending the peace and the message of Assisi. John Paul II’s cry for peace is current: “As long as I have breath within me I shall cry out: ´Peace, in the name of God!´” and probably Francis will renew his plea for a sustainable peace.   In sum, Francis visit will be focused on the periphery, inter-religious dialogue, and peace building. He will be an agent of hope and mercy for the people in the region. 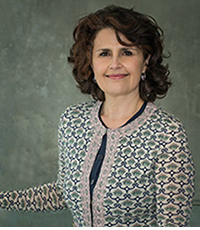 Ines Angeli Murzaku (http://academic.shu.edu/orientalia) is Professor of Church History, Department of Religion, Seton Hall University in New Jersey and until June 2016 was the Founding Chair of the Department of Catholic Studies. A native Albanian, she earned a doctorate from the Pontifical Oriental Institute in Rome and has held visiting positions at the Universities of Bologna and Calabria in Italy and University of Münster in Germany. Her research has been published in multiple articles and five books the most recent Monasticism in Eastern Europe and the Former Soviet Republics (2016). Dr. Murzaku was the vice-president of the Association for the Study of Nationalities (ASN) and a United Nations accredited representative for Christians Associated for Relationships with Eastern Europe. She has worked for or collaborated with various religious and secular media outlets. (CNS photo/Paul Haring)