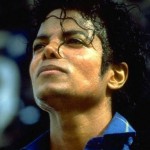 Yesterday at S+L TV, my time was divided between three editing assignments. In one room, I am working on the promotional video for the permanent diaconate formation program for the Archdiocese of Toronto. The permanent diaconate is one of three orders within the Catholic Church (the diaconate, priesthood and episcopate). The deacons are ordained ministers who are active in the ministry of service. They visit hospitals, nursing homes, and prisons, and work with the most marginalized of our society. One of the particular ministries we are focusing in the video is a ministry to ex-offenders and, in particular, to men who have done time for sexually assaulting children. It has been the topic of many conversations in the office: to what extent are we called, as Christians, to minister to these people? Where do we draw the line? 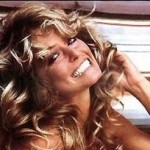 The second project I was editing was this week’s Salt + Light Radio program. The main interview on this show is with Harry Nigh, a Mennonite minister who is also the Community Chaplain for the Central Ontario Parole Sector for Correctional Services Canada. Our interview for the radio program centres around his “circle of support” ministry that is part of the restorative justice movement whereby ex-offenders are welcomed into a circle of friendship meant to support him (or her) so that they do not re-offend. This program has been met with a great deal of success, namely in reducing the number of victims. The first man Harry's group supported was a high-profile pedophile named Charlie. The group called itself "Charlie's Angels". Charlie lived the rest of his life without re-offending. The third program we were editing is an episode of Catholic Focus titled “Making Movies that Count”, featuring an interview I did with Steve McEveety last November when I was in Houston. Steve McEveety is the C.E.O. of MPower Pictures, responsible for movies such as "Bella", "Star of Bethlehem", "An American Carol", and "The Stoning of Soraya M.", which will be coming to theatres at the end of this week. Before MPower Pictures, Steve was a producer with Mel Gibson’s ICON Productions and was the executive producer of many Gibson films including "A Man Without a Face", "What Women Want", "Braveheart", and "The Passion of the Christ". (This episode will air next Thursday, July 2nd.) After a full day of this, an event happened that seemed to bring everything together: I heard reports that Michael Jackson had died. My initial reaction was that he had been an icon. Whether we liked him or not, liked his music or not, or his seemingly bizarre lifestyle, or whatever, we cannot deny that this was the death of a legend - he was the King of Pop. I also thought that it had been the end of a tragic and sad life--but that is me judging a man I know not. On the poster of the film "Braveheart" reads the caption: “Every man dies; not every man really lives.” I wondered if Michael Jackson really lived. He certainly accomplished a lot. You could say that by the time he was 10 years old he had accomplished a lot, but did he really live? Was it all worth it? Soon afterwards, I heard Farrah Fawcett had also died. This news made me a little sad. I was too young to have been a faithful "Charlie's Angels" fan, but young or not, who could not have noticed Farrah Fawcett in the early 70’s? She too was an icon. The native of Corpus Christi, Texas, died after a long battle with anal cancer, a battle she documented in the NBC documentary "Farrah's Story". It was hard not to compare her struggle with Jackson’s. Allegations about Jackson’s sexual abuse of minors have always remained just that--allegations. Still, people will judge. The same judgments can be made about someone who chooses to take her battle with cancer to the small screen. Making suffering public is not something many people are comfortable with. But you see, just as those deacons in that promo video, we are all called to service, but a service that means not judging--a service that means welcoming all. The work Harry Nigh is doing may be difficult for many to stomach, but it is not rocket science. When Jesus said to visit those in prison he didn’t just mean those who’ve been imprisoned unjustly, he meant all prisoners. He meant pedophiles too. We are all from Corpus Christi: the Body of Christ. As I walked out of the office and I was thinking about all of this, it began to rain. The sun was still shining and, in the distance, I saw a rainbow. Still, I was feeling a little sad. A bit sad for when the pop idols of your childhood begin to die, it says something about your own age. But mostly I was sad because I was reminded of those who struggle with painful kinds of cancer and who struggle to find meaning through it all. I was sad for those who throughout their whole lives struggle to find meaning. I was reminded of the many who feel like strangers in their own skin. But most of all, that rainbow reminded me of the work that we all must do to welcome and be friendly to all--the call to love without judgment and without condition. And then, perhaps, when I die, those left behind can truly say that I really lived.