St. Thomas More and the responsibility
of Christian citizenship 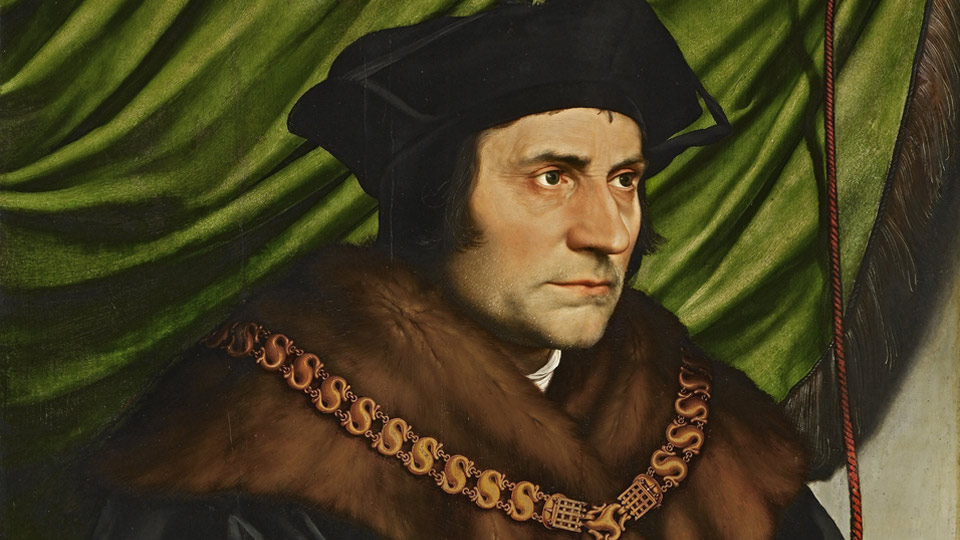 Sir Thomas More, by Hans Holbein the Younger (Source: Wikimedia Commons/The Frick Collection)
We often praise the great St. Thomas More (1478–1535) for his courageous opposition to Henry VIII’s effort to annul his first marriage to Catherine of Aragon, which eventually led to his self-declaration as the supreme head of the Church of England. More is seen as a great defender of the indissolubility of marriage, as understood in the Catholic Church, and the unique authority of the pope. But, like all historical events of consequence, Henry’s marital theatrics and More’s reserved objections did not occur in a vacuum. It’s easy, even typical of people today, to presume that Henry’s steamy infatuation with Anne Boleyn (who became his second wife) was the source of the impending rift between England and Rome. It certainly makes for a dramatic and sexy Netflix series. But we shouldn’t miss the political complexities of that historical moment, which, when considered, only enhance the reputation and legacy of St. Thomas More, whose feast we celebrate on June 22. Henry's father had won the throne of England after decades of dynastic war, so it was an insecure hold on authority that he bequeathed to his 18-year-old son. Twenty-four years into their marriage, Henry VIII and Catherine had not given birth to a male heir, which compromised Henry’s claim and succession in such a precarious political moment. Catherine was the aunt of Spanish emperor Charles V. Charles was crowned Holy Roman Emperor by Pope Clement VII in 1520, and by virtue, exercised enormous influence over the papacy. To temper that influence, Clement allied himself with the king of France, Francis I, an enemy of Charles. By the time Henry VIII came knocking on Rome’s door for an annulment, the city had been sacked by Charles’ army and the pope, who had barely escaped, was reluctant to ruffle the Emperor’s feathers again. 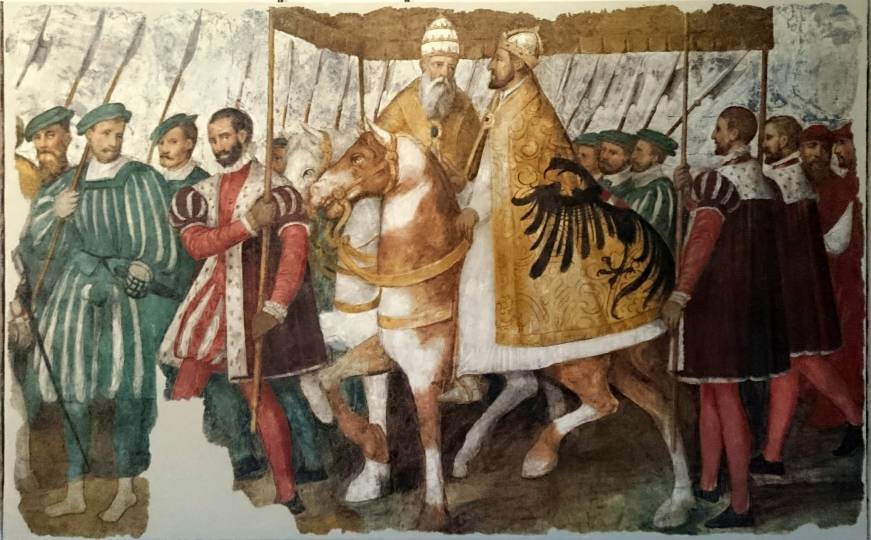 Needless to say, protecting the Church’s teaching on the indissolubility of marriage may not have been the pope’s primary motivation for denying Henry’s request. Even within the papal entourage came more creative suggestions – that Henry could take on a second wife who would appease all parties, for example. It was indeed an era of power politics, not to mention the underlying complication of finances. The English parliament, aristocracy, and even episcopacy (with the exception of Bishop John Fisher) were all too happy to support legislation in 1534 which, apart from annulling Henry’s first marriage and declaring him head of the Church of England, halted the steady flow of money from their homeland to the papal coffers. It was this chaotic and complex political theatre that the Lord Chancellor of England, Thomas More, a highly educated and worldly figure, stood up against when he refused to endorse Henry’s claim over the Church. More was not naïve about the politics of his country or his Church. His allegiance to authority was never blind, but always informed and nuanced. What makes Thomas More really stand out is the quality of his faith amidst the wild politics of his day. Knowing what he knew of Henry, Pope Clement, Charles, and other powerful men in Europe—of the personal and worldly interests at play, of the politics cloaked in theological and moral justification—he remained loyal to Christ, even to the point of sharing the way of the cross. 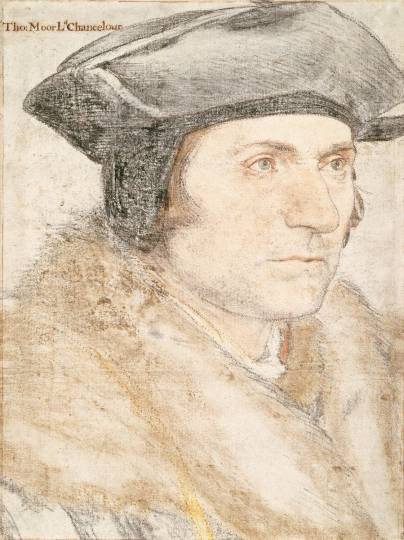 More was killed for believing a truth: that a king could not be the head of the Church. But to him it was not an abstract conviction. A humanist deeply concerned with the general progress of society and the inclusion of its citizens (he penned Utopia in 1516), More knew what corruption followed such exploitation of religious power. The king was the king, but he was not Christ’s vicar. Today, conscientious Christians may look at the political landscape and feel sympathy for More. There is a severe lack of orientation among today’s governors, who cloak their own political interests in hollow pitches and promises to a presumed ignorant citizenry. They appear to be winning. And many Christians themselves confusedly ingest the propaganda they serve. It is a great irony, for example, that the Judeo-Christian tradition, which is filled from beginning to end with divine commands to welcome the stranger, could be twisted to justify turning them away. Thomas More was many things: a talented statesman, a gifted orator, a loving husband and father. He was also a well formed and informed Christian, highly intelligent and rational, and not naïve to the power politics of his day. He remained connected to the one guiding light that cannot be dimmed or corrupted. A citizenry should educate itself about politics to keep its elected officials accountable. Likewise, Christian citizens should educate themselves about the faith to keep their Christian elected officials accountable. Thomas More is a good model to follow in that regard.

For more about St. Thomas More and St. John Fisher (with whom he shares this feast day), read Kristina Glicksman's post: "To set the world at naught": Thomas More, John Fisher, and the role of conscience. 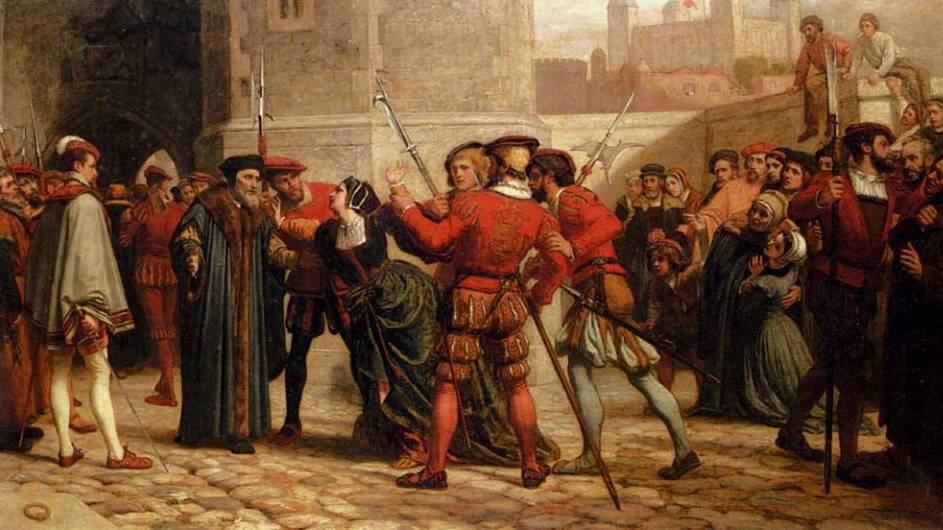