KofC Phoenix: The S+L team has landed in Phoenix! 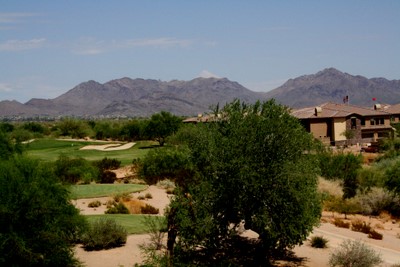 The eight of us squinted our way out of the plane on Sunday afternoon only to be greeted warmly by what has become a foreign element to many of us Eastern Canadians this summer….the hot desert sun! A welcomed greeting indeed… Here on convention grounds at the JW Marriott Desert Ridge, preparations for the 127th Supreme Knights Convention are well on their way. The Knights have set up their exhibits in the Ballroom Foyer and this year the exhibit includes a special display on Our Lady of Guadalupe in honour of the1st annual Marian Congress, occurring immediately after the convention and the official book launch of Our Lady of Guadalupe: Mother of the Civilization of Love, co-authored by Supreme Knight Carl Anderson and Monsignor Eduardo Chávez . 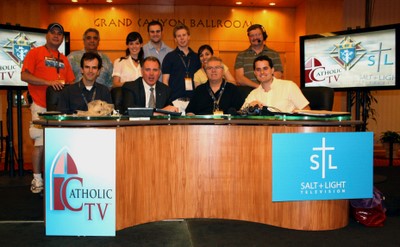 In the centre of this majestic foyer is our set for this year’s coverage of the event, an exciting collaboration between the Knights of Columbus, Salt + Light Television and Catholic TV. Be sure to refer to our broadcast schedule for all coverage details. The event begins this morning with a Mass concelebrated by over 75 Cardinals, Archbishops, Bishops, and clergy. Among the distinguished Vatican guests will be Cardinal William Levada, Prefect of the Congregation for the Doctrine of the Faith at the Vatican. Making an appearance on set with our own David Naglieri and Kevin Nelson of Catholic TV will be Supreme Knight Carl Anderson and Monsignor Chavez, Bishop Thomas Olmsted of the Archdiocese of Phoenix Arizona and Chris Lewis president and chairman of the American Wheelchair Mission. Stay tuned!