The Resurrection of the Radio Star

"Video Killed the Radio Star" was a popular song in the '80s, but that message definitely doesn't pertain to the social-media savvy radio personalities of the new millennium. 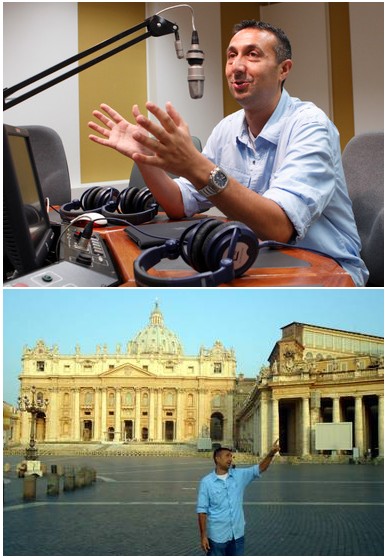 Catholic radio hosts have been working overtime to promote the Catholic faith to young adults. Young adults have their fingers on the pulse and are constantly looking for the fastest method of getting their daily dose of information, be it news, celebrity gossip or in this case keeping close ties to their Catholic faith. The radio is a medium that often gets overlooked, but has found momentum with new forms of social media such as podcasts and digital radio. Lino Rulli, aka The Catholic Guy is one of the success stories of Catholic programming on Digital Radio. He recently returned from a pilgrimage he organized for his listeners to Italy. He was apprehensive at first when planning the trip because he didn’t think he’d be able to fill all of the spots. To his surprise and delight he sold out all 40 spots the first day he mentioned it on the air. He specially catered an unconventional pilgrimage itinerary to give the participants the chance to have both an enriching religious experience and enjoy the best of what Italy has to offer. Rulli called it ‘the best and the worst pilgrimage in the world’ because the concept of fun doesn’t usually lend itself to the notion of a pilgrimage being a sacred spiritual journey. The pilgrims’ typical day included trekking for over 15 hours in the hot Italian sun, visiting a notable religious site such as the Duomo and Santa Maria del Fiore, sampling local Italian wines, eating late night lasagna and doing some Bon Jovi Karaoke. They visited many popular holy sites in Rome, Assisi and Florence. They even went to Castel Gandolfo for Pope Benedict’s Sunday Angelus. The group of pilgrims ranged from college students to grandparents. Most were Catholic, though some not practicing, while others belonged to other Christian denominations. He said what struck people, was that they could have fun while experiencing their faith in God. He said they never realized that the two things can be experienced together. Rulli says that he believes the element of fun can enrich the religious experience. He said that by combining faith and fun the pilgrims were able to gain a new perspective on how they can celebrate their Catholic faith.

Read more on the pilgrimage from CNS HERE.