The "power" of Christmas: A logic turned on its head 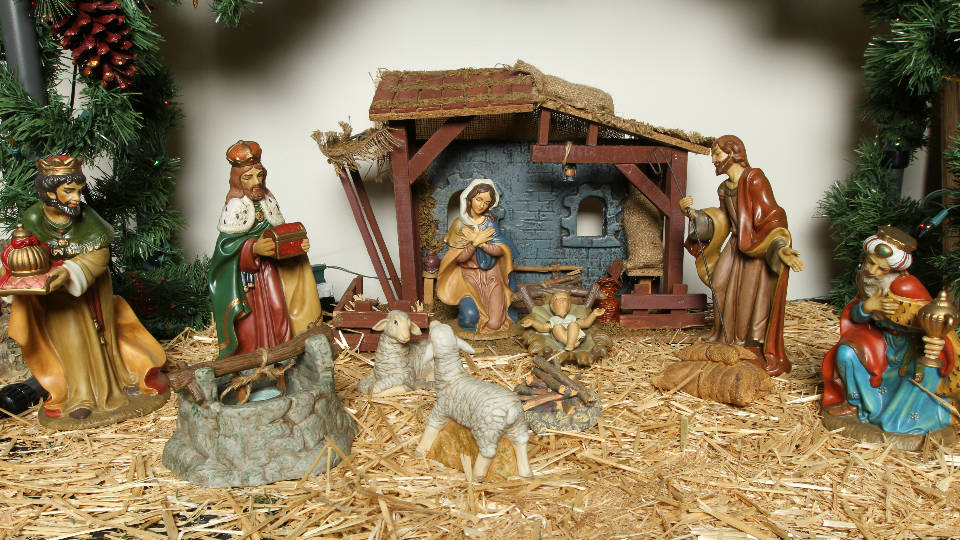 CNS photo/Michael Alexander, Georgia Bulletin. Dec. 21, 2018
The Christmas story is a profound one. To the attentive reader there are countless insights about the nature of God and our own human nature that jump off the pages of Luke and Matthew’s infancy narratives. Perhaps the clearest insight is the fragility and powerlessness of the baby Jesus. It is one of the greatest mysteries of Christianity, as GK Chesterton wrote, “that the hands that had made the sun and stars were too small to reach the huge heads of the cattle” (The Everlasting Man). Matthew, Luke and the early Christians grasped this mystery of the Incarnation and did everything they could to pass it on to future generations. Throughout the New Testament we see this inversion of power, from Mary’s Magnificat, to Jesus’ proclamation to the poor, to his command to turn the other cheek, and love our enemies. From the manger to the cross, Jesus turns the world’s logic of power on its head. God’s power is the power of meekness, humility, poverty, mercy. It is the power of love. As 2018 comes to a close, this mystery should be at the center of the Catholic Church’s reflections. It was a year in which we realized, yet again, that the institutional church does not necessarily reflect the Gospel’s logic of power at a given historical moment. The familiar scandals of sexual abuse and cover up, as Pope Francis has learned and now insists, are “abuses of power.” The logic used to abuse or protect abusers, or to deny, downplay and cover up the scandal is based on a worldly logic of power and protectionism. That way of exercising power is opposed to the mystery revealed in the Christ child. How this global crisis is finally addressed in February and beyond will be the storyline in Catholicism for 2019, and will, in part, define the legacy of Pope Francis. But the Church’s reflection on power and authority cannot be limited to the sexual abuse crisis. The Church and all her members must constantly grapple with the mystery revealed in the Christmas story and work to realize this alternative vision of power in her structures. One way to do this is to make the Church more synodal. This has been a constant initiative of Pope Francis and many bishops around the world over the past five years. Synodality means “journeying together.” It does not refer to a meeting or an event, so much as a way of being, a quality or characteristic of the Church as she journeys through history. During the 2015 Synod on the Family, Pope Francis gave a landmark address to mark the 50th anniversary of the Synod of Bishops. Francis called synodality, “a constitutive element of the church,” and spoke candidly about how power is exercised in a synodal church:

“In this Church, as in an inverted pyramid, the top is located beneath the base. Consequently, those who exercise authority are called “ministers”, because, in the original meaning of the word, they are the least of all. It is in serving the people of God that each bishop becomes, for that portion of the flock entrusted to him, vicarius Christi (vicar of Christ), the vicar of that Jesus who at the Last Supper bent down to wash the feet of the Apostles (cf. Jn 13:1-15). And in a similar perspective, the Successor of Peter is nothing else if not the servus servorum Dei (servant of the servants of God).”

The impulse to become a synodal church in the modern period began officially at the Second Vatican Council. But the abuse crisis has laid bare the fact that we haven’t fully realized this authentic ecclesial development. (To understand how synodality relates to collegiality, ie. the exercise of episcopal authority in a synodal church, read “From Collegiality to Synodality” by Massimo Faggioli) The process of becoming a synodal church—an inverted pyramid—in which lay Catholics, religious and the clergy are co-responsible for the mission in total service to each other, is a gradual realization of the mystery of Christmas and God’s logic of power. To believe in the Incarnation is to believe in the authority of service. It’s up to each and every Catholic to reflect on the dynamics of power at all levels of the Church today: from the Pope and the Vatican Curia to the parish community. Is it a worldly power? Or is it meek and humble, open to mutual collaboration and in total service to others? This is a crucial question for the Church in 2019. “Let us never forget this!” Pope Francis continued in his 2015 address, “For the disciples of Jesus, yesterday, today and always, the only authority is the authority of service, the only power is the power of the cross.”