“The Pope’s economics message is hard to dismiss because the facts are so real,” says US economist 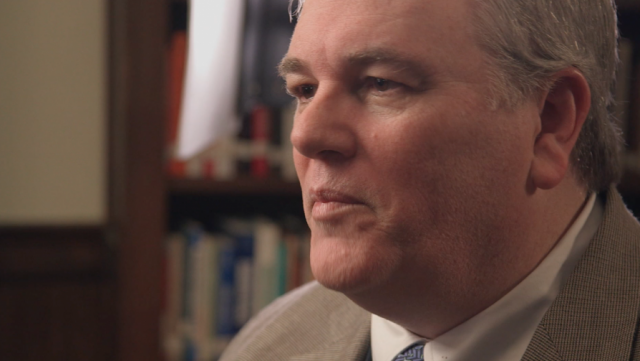 Point of View: Interpreting the Francis Effect is an S+L series that goes deeper into the questions surrounding the person and pontificate of Pope Francis.  The series consists of a selection of the full interviews from S+L’s original documentary The Francis Effect. Find the full schedule for Season 2 of POV here. All new tonight: Charles Clark, PhD
The highly anticipated visit of Pope Francis to the United States in September will help define his pontificate. He is one of the most popular and beloved global figures, but he will undoubtedly bring a challenging and potentially divisive message regarding economic ideologies and the Church’s resurging preferential option for the poor. Nowhere will his remarks on economics—whatever they entail—be felt more strongly than on North American soil.
The Pope has said just enough over the past two years to stir enormous controversy, not only in the economic world, but in the Church as well.  Disagreements among Catholic economists over the Pope’s statements in The Joy of the Gospel are common. Some critique his views as narrowly Latin American, while others see them as coming straight out of the Church’s long-standing social doctrine.
Charles Clark is a Catholic economist belonging to the latter group—he’s a professor of economics at St. John’s University, NY and an advisor to the Holy See Mission to the United Nations. He applauds Francis for pushing an evidence-based critique of the global economy, and says the Pope’s call to put human beings at the center of all economic activity has profound consequences for the way we think about money and wealth, and—more importantly—how we choose to use them.
Tonight for the first time on S+L TV, viewers can see the full interview I conducted with Charles Clark on the Pope’s economic ideas and vision for a Church that is inclusive; one that is of and for the poor.
Watch Episode 5 of Point of View: Interpreting the Francis Effect Airs Wednesday, May 20, 2015 9:00pm ET / 6:00pm PT Only on Salt and Light Television