The peace of Easter 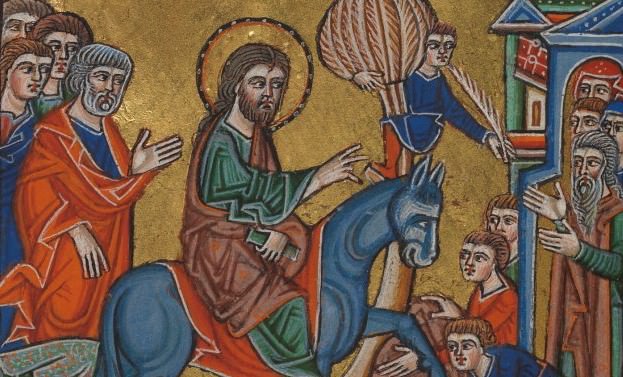 A 13th-century manuscript illustration of Jesus' entry into Jerusalem on Palm Sunday, from the Psalterium Feriatum (Source: Wikimedia Commons)

On Wednesday, April 13, 2022, during his general audience, Pope Francis gave a reflection centred on the theme "the peace of Easter", based on Jesus' words as recorded in the Gospel according to John: "Peace I leave with you; my peace I give to you. Not as the world gives do I give it to you. Do not let your hearts be troubled or afraid" (14:27).
Read the full text below: