‘The Name of God is Mercy’: new book by Pope Francis 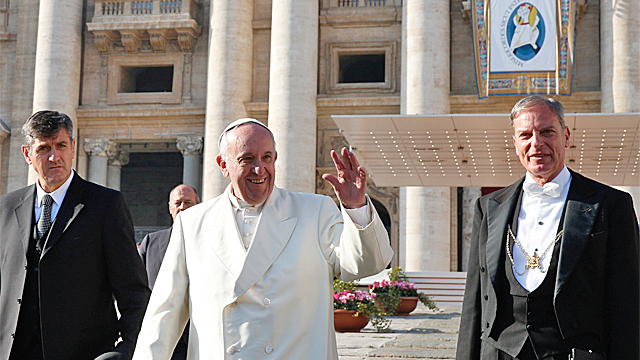 “The Name of God is Mercy” is the title of a new book set to be released in 86 countries on Tuesday (12 Jan), in which Pope Francis reveals his vision of God’s mercy in a series of interviews with Vatican reporter Andrea Tornielli.
Several extracts were made available by the publisher, Piemme, ahead of its official release. The pope, like Peter, is in need of mercy “The Pope is a man who needs the mercy of God,” the Holy Father says in the book-length interview.
“I said it sincerely to the prisoners of Palmasola, in Bolivia, to those men and women who welcomed me so warmly. I reminded them that even Saint Peter and Saint Paul had been prisoners. I have a special relationship with people in prisons, deprived of their freedom. I have always been very attached to them, precisely because of my awareness of being a sinner.”
“Every time I go through the gates into a prison to celebrate Mass or for a visit, I always think: why them and not me? I should be here. I deserve to be here. Their fall could have been mine. I do not feel superior to the people who stand before me. And so I repeat and pray: why him and not me? It might seem shocking, but I derive consolation from Peter: he betrayed Jesus, and even so he was chosen.” 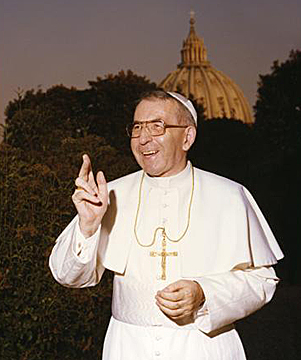 Pope John Paul I: ‘engraved in dust’
The Holy Father also remembers being touched by the writings of his predecessor Pope John Paul I, Albino Luciani. “There is the homily when Albino Luciani said he had been chosen because the Lord preferred that certain things not be engraved in bronze or marble but in the dust, so that if the writing had remained, it would have been clear that the merit was all and only God’s. He, the bishop and future Pope John Paul I, called himself ‘dust’.”
“I have to say that when I speak of this, I always think of what Peter told Jesus on the Sunday of his resurrection, when he met him on his own, a meeting hinted at in the Gospel of Luke. What might Peter have said to the Messiah upon his resurrection from the tomb? Might he have said that he felt like a sinner? He must have thought of his betrayal, of what had happened a few days earlier when he pretended three times not to recognise Jesus in the courtyard of the High Priest’s house. He must have thought of his bitter and public tears.”
“If Peter did all of that, if the gospels describe his sin and denials to us, and if despite all this Jesus said [to him], ‘tend my sheep’ (John 21), I don’t think we should be surprised if his successors describe themselves as sinners. It is nothing new.”
Miserando atque eligendo
Telling the story of his episcopal motto, Pope Francis returns to an experience of God’s mercy, which took place in his teenage years. “I don’t have any particular memories of mercy as a young child. But I do as a young man. I think of Father Carlos Duarte Ibarra, the confessor I met in my parish church on September 21, 1953, the day the Church celebrated Saint Matthew, the apostle and evangelist. I was seventeen years old. On confessing myself to him, I felt welcomed by the mercy of God.”
“Ibarra was originally from Corrientes but was in Buenos Aires to receive treatment for leukaemia. He died the following year. I still remember how when I got home, after his funeral and burial, I felt as though I had been abandoned. And I cried a lot that night, really a lot, and hid in my room.”
“Why? Because I had lost a person who helped me feel the mercy of God, that miserando atque eligendo, an expression I didn’t know at the time but I eventually would choose as my episcopal motto. I learned about it later, in the homilies of the English monk, the Venerable Bede [672-735]. When describing the calling of Matthew, he writes: “Jesus saw the tax collector and by having mercy chose him as an apostle saying to him, ‘follow me’.”
“This is the translation commonly given for the words of Saint Bede [originally written in Latin]. I like to translate “miserando” with another gerund that doesn’t exist: misericordando or mercying. So, “mercying him and choosing him” describes the vision of Jesus who gives the gift of mercy and chooses, and takes with him.” 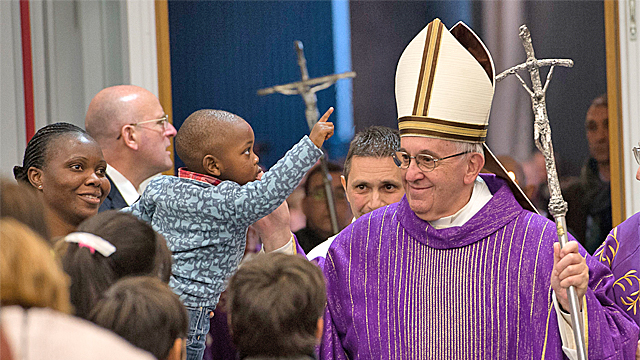 Church condemns sin, shows mercy to sinner
“The Church condemns sin because it has to relay the truth: ‘this is a sin’. But at the same time, it embraces the sinner who recognises himself as such, it welcomes him, it speaks to him of the infinite mercy of God. Jesus forgave even those who crucified and scorned him.”
“To follow the way of the Lord, the Church is called on to dispense its mercy over all those who recognise themselves as sinners, who assume responsibility for the evil they have committed, and who feel in need of forgiveness. The Church does not exist to condemn people, but to bring about an encounter with the visceral love of God’s mercy.”
“I often say that in order for this to happen, it is necessary to go out: to go out from the churches and the parishes, to go outside and look for people where they live, where they suffer, and where they hope. I like to use the image of a field hospital to describe this “Church that goes forth”. It exists where there is combat. It is not a solid structure with all the equipment where people go to receive treatment for both small and large infirmities. It is a mobile structure that offers first aid and immediate care, so that its soldiers do not die.”
“It is a place for urgent care, not a place to see a specialist. I hope that the Jubilee [The Holy Year of Mercy] will serve to reveal the Church’s deeply maternal and merciful side, a Church that goes forth toward those who are “wounded,” who are in need of an attentive ear, understanding, forgiveness, and love.” 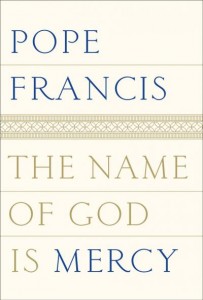 Mercy yes, corruption no
Pope Francis goes on to point out the difference between sin and corruption, saying the corrupt man lacks the humility to recognise his sins. “Corruption is the sin which, rather than being recognised as such and rendering us humble, is elevated to a system; it becomes a mental habit, a way of living. We no longer feel the need for forgiveness and mercy, but we justify ourselves and our behaviours.”
“Jesus says to his disciples: even if your brother offends you seven times a day, and seven times a day he returns to you to ask for forgiveness, forgive him. The repentant sinner, who sins again and again because of his weakness, will find forgiveness if he acknowledges his need for mercy. The corrupt man is the one who sins but does not repent, who sins and pretends to be Christian, and it is this double life that is scandalous.”
“The corrupt man does not know humility, he does not consider himself in need of help, he leads a double life. We must not accept the state of corruption as if it were just another sin. Even though corruption is often identified with sin, in fact they are two distinct realities, albeit interconnected.”
“Sin, especially if repeated, can lead to corruption, not quantitatively — in the sense that a certain number of sins makes a person corrupt — but rather qualitatively: habits are formed that limit one’s capacity for love and create a false sense of self-sufficiency.”
“The corrupt man tires of asking for forgiveness and ends up believing that he doesn’t need to ask for it any more. We don’t become corrupt people overnight. It is a long, slippery slope that cannot be identified simply as a series of sins. One may be a great sinner and never fall into corruption if hearts feel their own weakness. That small opening allows the strength of God to enter.”
“When a sinner recognises himself as such, he admits in some way that what he was attached to, or clings to, is false. The corrupt man hides what he considers his true treasure, but which really makes him a slave and masks his vice with good manners, always managing to keep up appearances.”