The Moral Lesson of the Gimli Glider 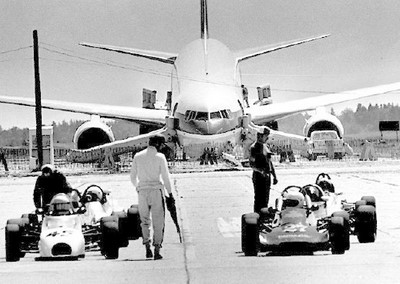 Few news stories grab the public’s attention in as spellbinding a manner as an aviation tragedy. On July 23, 1983 Canadians breathed a collective sigh of relief as Air Canada Flight 143 just missed going down in history as an aviation disaster. Instead, the story of the Gimli Glider stands as testimony to the importance of preparation and calm during times of trial and difficulty.
The story begins when maintenance crews discovered malfunctions with the computer that calculates how much fuel was needed to get the plane from Montreal to Edmonton. Not wanting to cancel the flight they decided to do the calculations manually, even though this was not part of their training. Their nearly fatal mistake? They used imperial measurements to calculate how much fuel was needed rather than metric. A warning signal began beeping at 12,300 metres somewhere over Red Lake, Ontario. The flight crew was struck by the sickening realization that the plane had run out of fuel. Captain Bob Pearson and First Officer Maurice Quintal faced a grim task. They had to land a 300,000 pound glider, without engines, power, and the use of most of their instruments. They quickly calculated that they would not be able to glide all the way to Winnipeg. The only option was an old Air Force base in Gimli, Manitoba. What the crew did not know was that the site had been decommissioned and converted into a drag strip. July 23 was also "Family Day" -- the runway was covered with cars and campers as racing fans enjoyed the day’s events. As Flight 143 glided towards Gimli the skill of pilots Pearson and Quintal was put to the test. Captain Pearson was an experienced glider pilot and he resorted to many useful tricks he had learned. He executed a rarely used forward slip maneuver to slow the plane and reduce altitude just prior to landing. Incredibly, he was able to land the plane on the runway stopping within 30 metres of the crowds. All 69 passengers and crew escaped unharmed. Both pilots were awarded the Fédération Aéronautique Internationale Diploma for Outstanding Airmanship. The story of the Gimli Glider is fascinating in many respects. One part of the story that jumps out at me was the knowledge, skill and calm demonstrated by the pilots when encountering a situation that was unprecedented. Neither Pearson or Qintal had ever experienced, or even simulated, a situation where you run out of fuel several miles in the sky. Yet, their preparation and resolve saved lives. Similarly, we as Christians cannot always wait until the time of our testing to begin preparing ourselves. We need to view every day as an opportunity to grow in our faith and virtue so that when we are confronted with difficult circumstances, we too can land the 132 ton glider that suddenly appears in front of us.