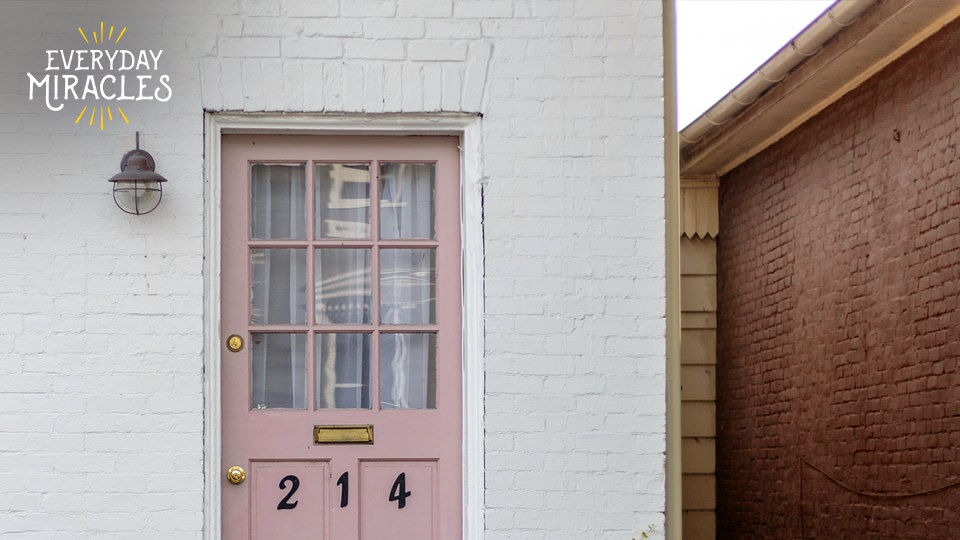 Photo by Avery Evans on Unsplash
“God, I want a house!!!” It was the end of a long week. Working for two Habitat for Humanity affiliates meant that I was working around 60 hours a week for the Ecumenical Christian Housing organization. I was helping others build and buy homes, yet my family and I were on food stamps and renting. I vented skyward and promptly forgot about it. God listens to every prayer and this cry would become a daily miracle, a miracle that began long before my complaint was even uttered. Some ten years earlier, I had volunteered at the Catholic Worker in New York, where I met Dorothy Day. While speaking to her, I casually said, “I grew up in Detroit – but in a good neighbourhood.” Dorothy snapped, “What’s a good neighbourhood?” I was jolted out of my middle class mindset. The faceless homeless were to become people I knew and worked with daily. Five years later, I was married and living in northern Michigan. I saw a picture in the diocesan newspaper depicting Jimmy and Rosalyn Carter working on a Habitat building in NYC. Volunteers were needed. I thought, “What better place to lend a hammer than our old neighbourhood?” Habitat was miraculous. After three days of volunteering, I was hooked. I encountered a group that was helping dozens of families to build their own permanent homes, providing a tangible solution for those in need and rebuilding neighbourhoods with their own hands! I felt this was where God was calling me. “This is wonderful, I want to do this for the rest of my life! How can I get a job with you?” I asked. Habitat was still in its infancy, and I was told, “We don’t hire people, but if you can find a church or someone to pay you, we’ll let you work for us.” After raising enough funds through family and friends, I quit my old job and began toiling for Habitat. I loved my job, but soon I found myself working 60-hour weeks: driving in the dark, working out of make-shift offices, and sleeping on couches while on the road. The toughest part was that in my own home, we were really struggling. While my old job had included housing, now we had a young daughter, and I was earning less and paying rent. We were on food stamps and couldn’t even afford a Christmas tree that year. To add salt to the wound, I was working all day to facilitate house building, seeing God provide homeownership for these families, and my little family was living in a rental. I complained to high Heaven, angry, bitter, and exhausted. I felt like Jeremiah: “You duped me Lord, you duped me!” I pleaded, “God, I want a house!!!” Barely a month later, our landlady announced, “We’ve decided to sell the house. You had asked for first right of refusal, so we’re offering it to you.” I immediately panicked. “I can’t afford a house!” I thought we’d have to move again. Oh me of little faith! She offered us a land contract with payments equaling our rent minus taxes and insurance. That seemed good. But then she said, “And we’ll need a $5,000 down payment.” “I can’t afford a down payment!” But the Lord made a path where there was no path, and we soon had the money we needed. I’d forgotten that God listens to every prayer. So before we knew it, we’d bought a two-bedroom house with outbuildings for $264 dollars a month. Even back then that was miraculous! Our landlady almost certainly could have gotten more money for the house if she’d sold it on the open market. She and her husband did a great kindness and allowed themselves to be channels of grace. God seldom works miracles unassisted; he delights in working with us. Every day for three decades, our house has been a source of providence for our family. And we’ve also used the house to give back to others. Over the years, we’ve taken in people who needed refuge. It’s not only been a home for ourselves but also a home for others. On reflection, our miracle house was not for us alone but to make us mindful that others need miracles, to awaken the awareness that God blesses our work and that we can rely upon the Lord’s promises in addressing the needs of others. Providence is neither a theological theory nor an individual spiritual gift but a reality that builds the body of Christ. When I understand that I receive all from God, then I can be an agent of providence and share that miracle. John O’Neill works for Habitat for Humanity in Lake Country and Traverse City, Michigan. He has worked for affordable housing groups for nearly 20 years. He's written for The Catholic Worker, Michigan Catholic, So Weekly News, Catholic Digest, Traverse City Records Eagle, and Dunes Review.