Cardinal Cantalamessa has been the official preacher to St. John Paul II, Pope Benedict XVI, and Pope Francis. Hear his take on Pope Francis and God’s plan for our planet. Watch now:  TheLetterFilm.org/Watch 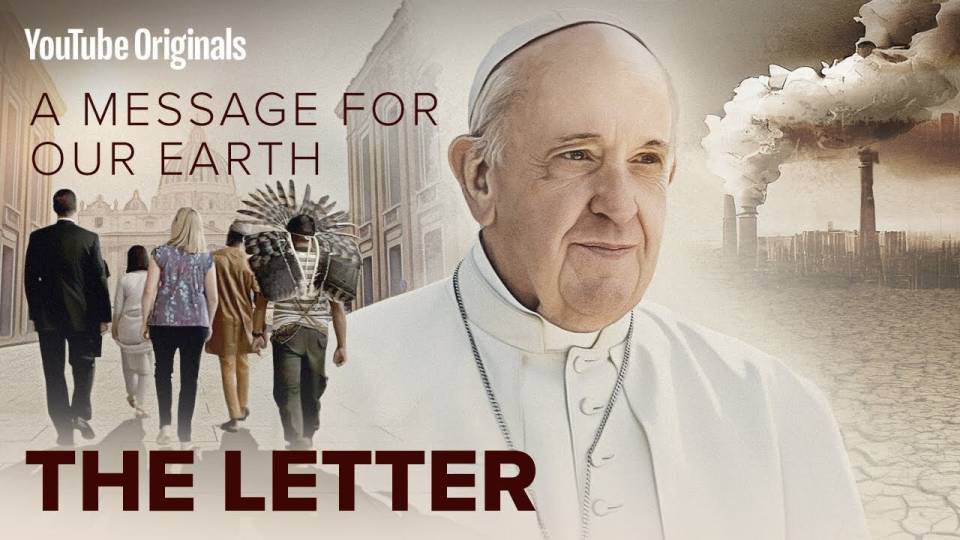 Intervention of His Eminence Cardinal Michael Czerny, S.J. In 2015, Pope Francis released his great encyclical letter Laudato si’. It has had a widespread impact on the global stage, as many commentators testified, and in the Church at large. And yet, in the seven years since then, the environmental crisis of our common home has worsened drastically, as Dr. Hoesung Lee from the Intergovernmental Panel on Climate Change (IPCC) will explain in a few moments. Clearly, the great treasure of Laudato si’s wisdom needs to become far more deeply known and effectively put into practice. That’s why, a few years ago, the Dicastery for Promoting Integral Human Development gladly agreed to collaborate with filmmaker Nicolas Brown and his team at Off The Fence Productions, as well as with the Laudato Si’ Movement and the Dicastery for Communication, to create a documentary film conveying the messages of Laudato si’. The idea of a “letter” is so important that it provides the film’s title. First of all, Laudato si is an Encyclical Letter, meaning a letter of a Pope that circulates amongst the people, traditionally passed from church to church. Second, our Dicastery sent a letter to the film’s protagonists inviting them to meet the Holy Father for a dialogue with him. So, the film “The Letter” highlights the key concept of dialogue. Dialogue is central to the Holy Father’s vision for humanity’s peace with the Creator, with all creation, and among us humans. For this dialogue to be authentic, all voices should be heard. But voices from the peripheries are usually ignored in global summits and environmental decision-making, typically dominated by powerful corporate interests. In the peripheries, the voices of youth, the poor, Indigenous peoples, and even wildlife usually languish out of sight and unheard. Instead, remarkable leaders who can speak for these neglected voices were invited, first in conversation with Pope Francis in Rome, and then sharing their stories via this film. The film and the personal stories powerfully show that the ecological crisis has arrived and is happening now. The time is over for speculation, for skepticism and denial, for irresponsible populism. Apocalyptic floods, mega-droughts, disastrous heatwaves, and catastrophic cyclones and hurricanes have become the new normal in recent years; they continue today; tomorrow, they will get worse. From climate disruption and environmental degradation flow loss of lives and livelihoods, forced displacement, and violent conflict. These are not challenges that anyone can solve alone. As The Letter proposes, we need a conversation that includes all stakeholders. The world needs inclusive encounters between people from different “rooms” of our common home, to learn from each other and develop real solutions to the pressing challenges. In his letter Laudato si’, Pope Francis says, “I would like to enter into dialogue with all people about our common home” (Ls 3). The film “The Letter” provides a pathway into such encounter and dialogue. This beautiful film – a heartbreaking yet hopeful story – is a clarion cry to people everywhere: wake up! get serious! meet! act together! act now! Please visit the official site for more information on this film.