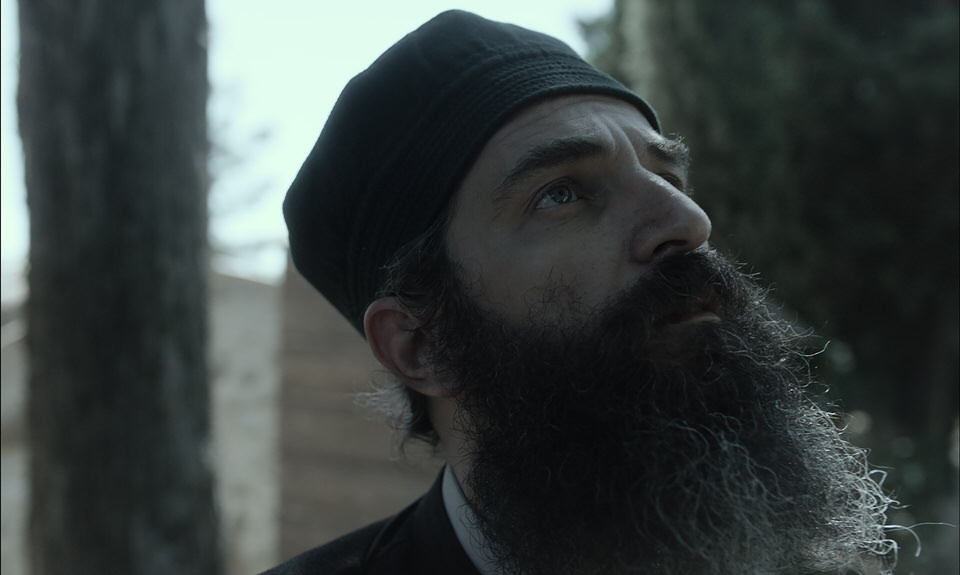 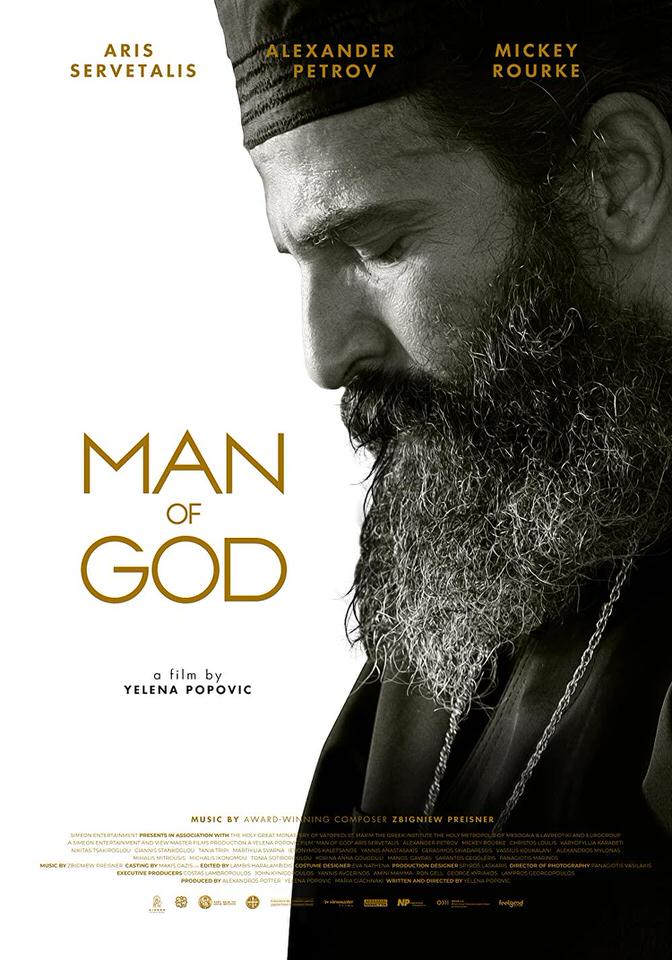 Man of God is the latest cinematic offering from writer/director Yelena Popovic and tells the story of Saint Nektarios, a renowned Greek saint who is held in high esteem by the Eastern Orthodox Church. Although the film jumps right into the middle of his ministry, a little background may be helpful for those who are unfamiliar with St. Nektarios (as I was when I watched the film). Here’s a little bit of background: St. Nektarios was born on October 1, 1846, in Asia Minor (modern day Turkey) and grew up in a Christian home. He later went to further his education in Constantinople where he worked as a teacher. Following that period he became a monk in the Monastery of Nea Moni, was ordained a deacon, then eventually ordained a priest in Egypt. The film picks up at this period in his life when St. Nektarios (portrayed by Aris Servetalis) was a renowned preacher and scholar. In the opening scene in the movie, it was clear to me, even though I did not know anything about St. Nektarios, that he was a shepherd that smelled like his flock. People were greeting him with kind words and gifts filled with meaning. There was a simplicity and a deep kindness to the interactions. To emphasize his simplicity, the aesthetic of the film was very low contrast – not to the degree of being black and white, but enough to notice how the visuals played on the interactions. This visual aesthetic shifts to a high contrast (more colourful) one as the movie progresses and he slowly takes steps towards becoming a saint. The hub of the story is St. Nektarios’ absolute devotion to serving God and having an endless love for all those around him – even those who, out of jealousy and spite, take away his ministry and speak ill of him. Although the film is a dramatization, I was still amazed at how he was able to keep God at the heart of everything he did. When someone notes, “They are persecuting you from Athens,” St. Nektarios' loving and simple reply is “God bless them.” This epitomizes his continued selflessness and love for others, and it’s a reminder that a person does not have to be a patriarch (or saint) to do great things. We just need to remember that there is a purpose in our suffering. If we still have breath, God has work for us. This beautifully shot film is in Canadian theatres for a limited one-week engagement starting today. Check your local listings for showtimes and locations.