The Impact of an Encyclical 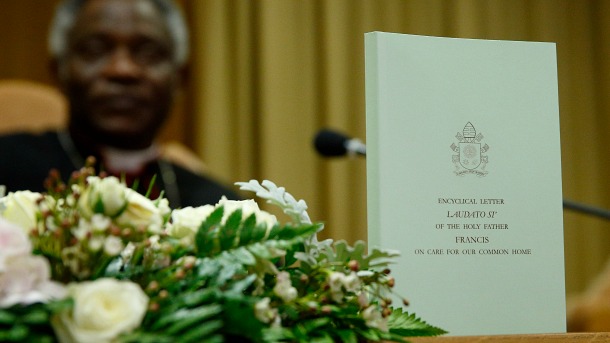 The Catholic world is still a buzz over the release of Pope Francis’ Laudato Si, more commonly known as his Encyclical on the environment. Not in a generation have the more obscure Papal activities such as Encyclicals and Synods been mainstream news. So in light of that, what is to come of these papal teachings and meetings? And after the tidal wave of attention given to the release of Laudato Si, what impact will it really have on the world?
One of the stated goals of releasing an Encyclical on this topic was for the Church to be able to impact the United Nations Climate Change Conference in Paris at the end of this year. Given the high profile nature of the document, it seems impossible that it would not at least have some bearing on the talks. However one point that is critical to discern, is how much of the document those gathered would be willing to embrace.
It is no secret that a great many number in the climatology community and for that matter leaders of international organizations such as the UN have a stated vision that is diametrically opposed to that of the Church. So while they may heed calls for an end to fossil fuels and the establishment of supranational global regulators, will they also embrace Catholic social teachings discussed in Laudato Si on topics such as abortion?
Humanity has proven it has a remarkable talent for cherry picking what it likes from the teachings of the Church and discarding that, which simply does not suit its desires or its agenda.  The media darling status of Pope Francis’ papacy is perfect proof of that. However what may be more alarming is how the Encyclical may be used to further the political agendas of particular interests both at the conference and beyond.
Laudato Si has given the climatology community the moral booster shot it has long sought out. It becomes even more meaningful after they suffered scathing attacks to their credibility, following leaks in recent years suggesting the manipulation of data by scientists.
The intention of the Church in all it does is to be a force for good in this world, however one cannot ignore that there is a very real possibility of this latest document being used as moral cover for unjust policy making. It will be an opportunity for the Church to speak very clearly and definitively on what it seeks to teach. This is not a time for ambiguity, but clarity and sound transmission of ideas.