The Humbling Effect of the Synods of Bishops 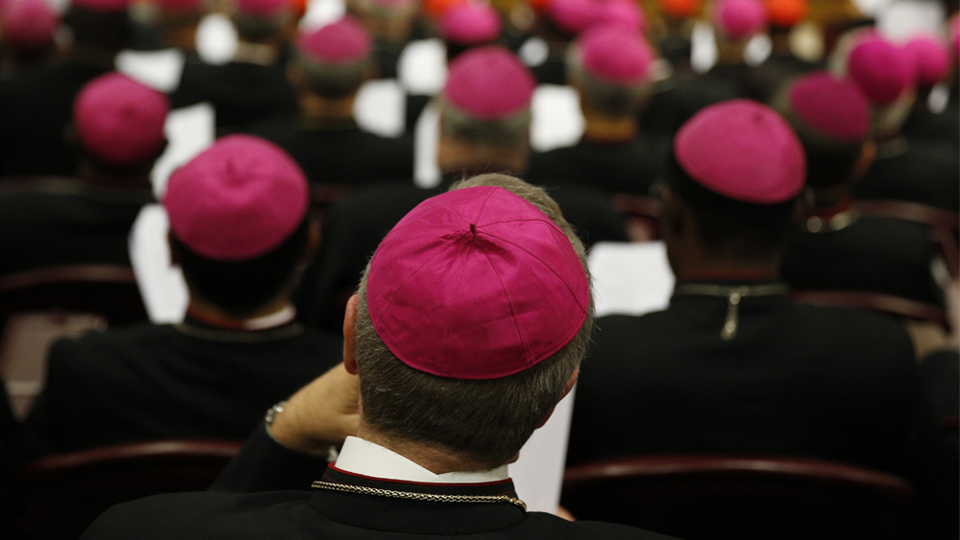 CNS photo/Paul Haring
At the end of the 2012 synod of bishops on the New Evangelization — the last Synod under Pope Benedict XVI — the bishops issued a Message to the People of God. It was a kind of pastoral letter outlining what the bishops gathered in Rome had discussed throughout the month and assuring Catholics around the world of their closeness in thought and prayer. A few weeks prior, that synod had taken an interesting and unexpected turn. A collective lament over widespread secularization, which had reverberated through the hall during the first half of the October gathering, became a meek admittance of mistakes made, inadequacies in ministry and leadership, and recognition of the need for profound conversion. The bishops began to speak about humility. Here are some excerpts from the Message to the People of God issued at the conclusion of the synod: And my personal favourite: There was something quite moving in the transformation that took place. A global reflection on evangelization began with social and cultural analyses, and moved to a penetrating self-reflection of the “evangelizers” themselves. Granted, the 2012 synod did produce some quality recommendations and suggestions — in particular, the unequivocal affirmation of the role of lay people in any evangelizing mission. But what is often said of synods of bishops was certainly true of that one: It’s more about the journey than the destination. Something always happens “along the way”, which is appropriate considering that’s the very definition of the word “synod”. And that’s the most important thing to remember as we begin to process the synod on young people. Expecting the most creative or dynamic proposal for reaching young people today will leave us disappointed. But knowing the synod fathers and delegates have experienced something unique, something eye-opening and mind-opening, is enough. Cardinal Luis Antonio Tagle of Manila in the Philippines shared this experience at a recent press conference, saying the synod was about “young people teaching us [the Bishops] by their stories and testimonies.” It is easy to make proposals for addressing the problems, he said, “but I need to be humbled by that moment of unknowing; that moment of being able to say, ‘I also do not know.’ And then I can appreciate what the young people go through. And then you search with them.” The Final Document will likely be approved by the synod and published in the coming days. It will be accompanied by another Message, this one directed to the young people of the world. I fully expect it to reveal the hearts of the bishops, including sincere admissions of failure in ministry and witness, like the Message in 2012. It will likely be even more direct, considering the prominence of the global clerical sexual abuse crisis. Defining “success” for any synod of bishops is impossible. But in my experience covering the synods since 2012, a humbling occurs among the participants that can only aid the Church — and, in this case, the young people — in the years ahead. It’s enough to say, “I also do not know,” and search for answers together. As Cardinal Tagle said back in 2012, “humility is not a strategy; it is the way of Jesus.”