The Francis Impact in El Salvador 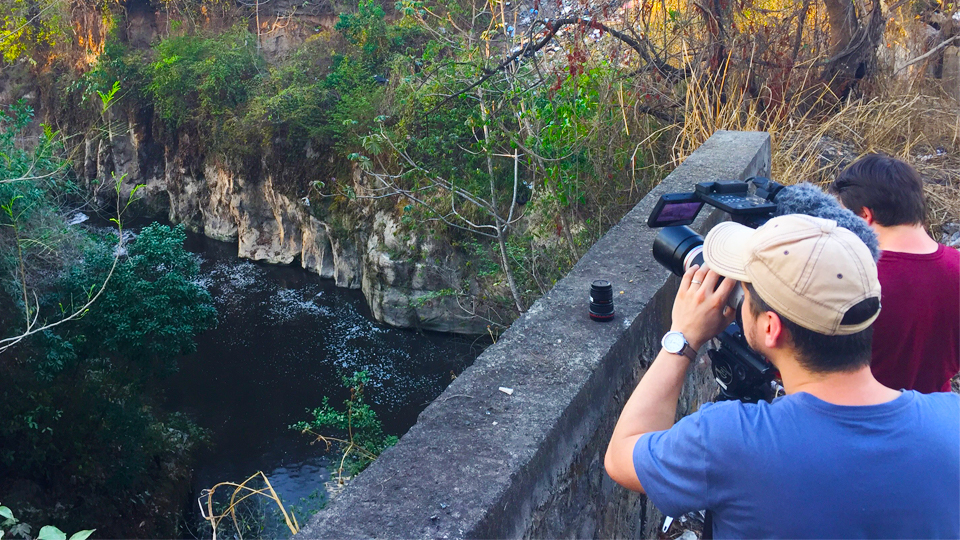 The Francis Impact in El Salvador “The Francis Impact”, our newest documentary, presents stories of people who were touched, empowered or influenced by Pope Francis and the changes he introduced. Our latest adventure took us to El Salvador to investigate the successful ban on metal mining that helped to put a stop to an environmental disaster in the making. According to the United Nations, El Salvador has, after Haiti, the most damaged environment in the Western Hemisphere. It is the most deforested country in Latin America, with, according to some accounts, as low as 1 percent of its original forests intact. Over 90 percent of its surface waters are contaminated, and it has the lowest level of available freshwater per capita in all of Central America. When we arrived, the hot streets of San Salvador were filled with crawling cars spitting dark clouds of smoke. But the surrounding view was incredible, with volcano peaks visible through the haze. The much needed yellow rays gave us extra energy each morning. One of the first people we met -- our guide who is also featured in the film -- was Andres McKinley, an American mining and water specialist at the Central American University in San Salvador. After falling in love with its people and living in El Salvador for decades, he could switch to either nationality with ease. We later, half-jokingly called him “the most interesting man in the world.” But you will have to watch the film to find out why. We also had the privilege to meet Vidalina Morales, a member of the National Roundtable Against Metallic Mining. Not only did she play a key role in the victory against metal mining but also continues to raise awareness that the fight is not over. For example, the Lempa river that supplies most of El Salvador’s drinking water stretches from Guatemala and runs through El Salvador on its way to Honduras. Unfortunately, it also travels through metal mine territory in the other countries. And thus the battle against water pollution continues. These are just two examples of the many unforgettable figures in our film. Unforgettable because they do what is right at a time when that is precisely the hardest thing to do. Personally, the biggest privilege of being a part of this documentary is finding and featuring these local heroes. They not only deserve recognition but hopefully provide a spark of motivation for the rest of us. Inspired by Pope Francis, or in solidarity with his message, they don’t look away.   For more information on "The Francis Impact" click HERE.