The Francis effect is about ‘accountability and transparency,’ says Alison Smith 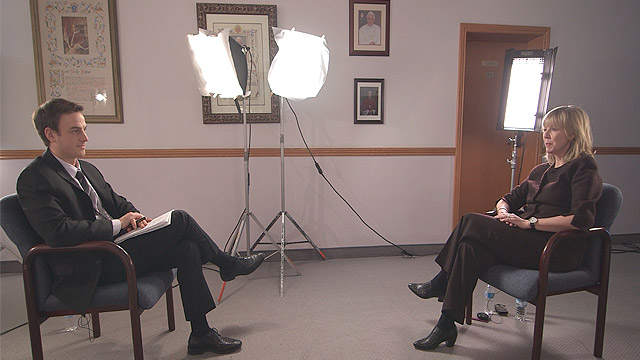 Point of View: Interpreting the Francis Effect is a S+L series that goes deeper into the important questions surrounding the person and pontificate of Pope Francis.  The series consists of a selection of the full interviews from S+L’s original documentary The Francis Effect. This week: Alison Smith Alison Smith is a renowned and highly respected journalist best known for her work with the Canadian Broadcasting Corporation.  She has covered important church events, including the visits of Pope John Paul II to Canada, his funeral in 2005, and the election of Pope Francis in 2013.  She posits that Pope Francis is changing the popular narrative around the Catholic Church, but that his work is still incomplete.  As an outside observer, she perceptively notes that the success of the Francis effect may not be determined solely by what the Pope does, but by what others do in response.  Questions, she says, still need to be asked. Watch Episode 2 of Point of View: Interpreting the Francis Effect Airs Sunday, January 11, 2015 8:30 pm ET / 5:30 pm PT Only on Salt and Light Television